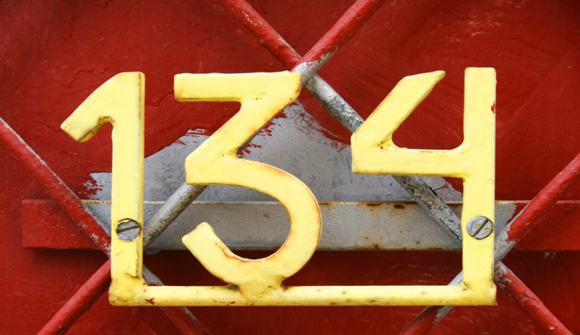 The US is now involved in 134 wars or none, depending on your definition of war …The White House spent much of last week trying to figure out if the word "war" was the right one to describe its military actions against the Islamic State. US Secretary of State John Kerry was at first reluctant: "We're engaged in a major counterterrorism operation," he told CBS News on Sept. 11. "I think war is the wrong terminology and analogy but the fact is that we are engaged in a very significant global effort to curb terrorist activity… I don't think people need to get into war fever on this. I think they have to view it as a heightened level of counter terrorist activity." – Global Post

Dominant Social Theme: Military activity is a fact of life. The US is used to it.

Free-Market Analysis: When one tries to figure out what has happened to US economic health, this figure ought to come to mind: 134. That is, 134 wars.

This is not a figure you'll find mentioned in the mainstream news media, though the Global Post is actually a pretty big news organization and has a distribution deal with PBS. So that kinda qualifies it as "mainstream," which makes it a bit more surprising that the editors should post an article like this.

We doubt we'll be seeing it discussed on PBS anytime soon, though we could be wrong. Here's more:

Kerry said similarly hedgy things during interviews on CNN and ABC. By the next day, the Obama administration appeared more comfortable with the word war, yet hardly offered any more clarity. White House Press Secretary Josh Earnest told reporters, "The United States is at war with ISIL in the same way we are at war with Al Qaeda and its affiliates."

The problem is that our traditional definition of "war" is outdated, and so is our imagination of what war means. World War II was the last time Congress officially declared war. Since then, the conflicts we've called "wars" — from Vietnam through to the second Iraq War — have actually been congressional "authorizations of military force."

And more recently, beginning with the War Powers Act of 1973, presidential war powers have expanded so much that, according to the Congressional Research Service, it's no longer clear whether a president requires congressional authorization at all.

The recent US wars in Afghanistan and Iraq will likely be the last time, in the foreseeable future, that the United States wages war in the way that's most familiar to us: a lot of combat troops on the ground in a foreign country with lots of money and support and an ostensibly achievable objective.

US troop presence in Iraq peaked at 187,900 in 2008. In Afghanistan, it peaked in 2010 at 100,000. On paper, it looked like the United States was fighting two wars. But the reality was much more complicated, and it's only gotten more complicated.

So how many wars is the US fighting right now? Somewhere between zero and 134 …

… "The world is a battlefield" isn't just a vague, hawkish worldview — it's a legal understanding of military force in the age of a single, global war: the War on Terror. The world is a battlefield thanks in large part to the Authorization for Use of Military Force, which Congress passed on Sept. 14, 2001 and which gives the President of the United States broad power to fight terrorism around the world. It reads in part:

This quote is the crux "permissioning" language that has allowed the corporate state to morph into the corporate-warfare state as a matter of policy. We are, indeed, apparently in a Brave New World where wars are to be made constant, but never announced and ought to be prosecuted but never explained.

The article quotes a military source as saying the following: "The world is a battlefield and we are at war. Therefore the military can go wherever they please and do whatever it is that they want to do, in order to achieve the national security objectives of whichever administration happens to be in power."

September 11th and the creation of the Department of Homeland Security generated the infrastructure for current US bellicosity. The "war on terror" justifies virtually any military action around the world – and soon those military actions will be taking place on US soil as well, whether they are properly described or not.

The political reality is accompanied by a monetary one. The dollar reserve system combined with monopoly money printing offers US officials a war chest of such size as never before seen in the world. Virtually unlimited serial warfare can be pursued based on political and economic realities.

The last part of this perpetual warfare system is the social and educational infrastructure. Militarization to be effective and long lasting must encompass more than economic or political realities: It must engage the sympathies of the population. The constant drumbeat of fear and military activism has turned the US into a far more warlike place culturally than it used to be.

Nonetheless, continuing to maintain and expand a perpetual warfare state will gradually bleed the supporting populace into poverty and worse. Gradually, society's resource base is commandeered by the warfare state. Its prosperity is drained by monopoly money printing. The authenticity of its civil institutions is degraded until they are no longer believable.

This is surely taking place now in the US. Under 10 percent of US citizens hold Congress in high regard and doubtless a good deal of skepticism is aimed at other US institutions, whether they be corporations, educational facilities or mainstream media.

It cannot be otherwise. This many wars – 134 – is an insupportable number. Legally it is possible; militarily it is feasible; politically it is doable – but not in the long term.

Natural law itself militates against the kind of structure that has evolved in the US since 2001. Perhaps the financing will be the first to go. The vast amounts of money needed to support the military paradigm must be milked from the securities sector, itself fattened by monopoly monetary stimulation.

Eventually, as we have long pointed out, this sort of effort is insupportable. The Wall Street Party is ongoing and may last several more years (with various interruptions) but the corporate warfare state as a matter of systemic practice cannot last.

Of course, the answer to every implosion is further centralization. But here we offer our regular paradigm, one that involves what we call the Internet Reformation. The kinds of vast manipulations we are describing depend on a populace that accepts the kind of monstrous scaffold that is being constructed around it.

It seems to us, and we have been predicting this for a long time, that the matrix will become too onerous and visible and people will begin to question both its existence and necessity.

We believe this is already happening. Throughout history, empires like the one the US is erecting have not lasted. They are too big and too complex. In addition, they depend on a passive population.

In this Information Era we would predict that passivity is not going to last.