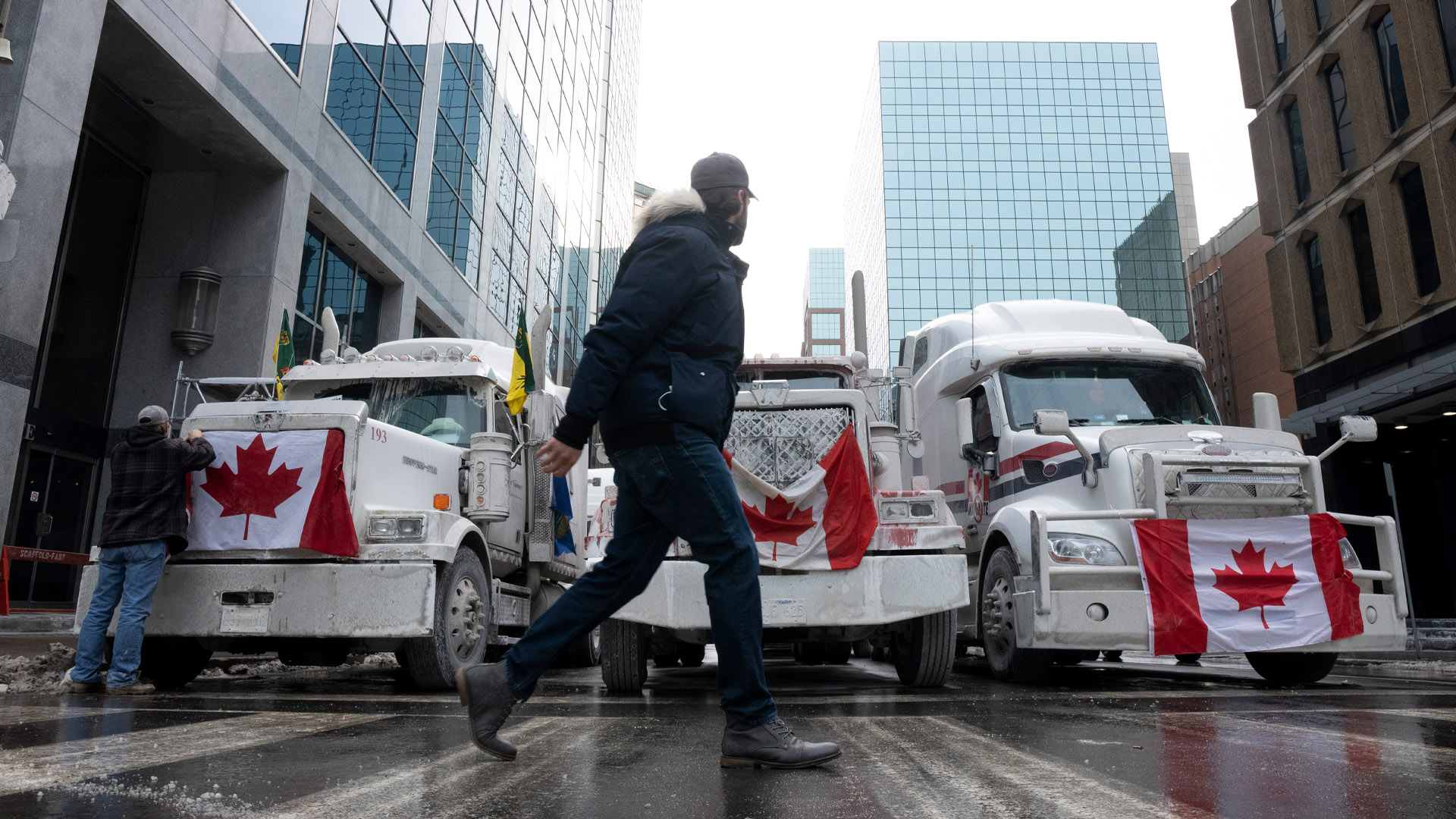 The dirty little secret you’ll never learn on CNN is that the Canadian trucker convoy has indisputably proven itself to be the most effective popular uprising since the start of the pandemic.

The Freedom Convoy owes its wild strategic effectiveness to a few distinguishing features:

#1: They showed up in the Heart of Canadian Darkness, the belly of the beast, the seat of the national government, right in the middle of Ottawa, Canada’s version of DC. The central lesson of the Freedom Convoy is this: truly gain the attention of the elites, we have to go to their house and make them uncomfortable. The formula for success is to make ignoring us – which they would otherwise do if given the option – impossible.

Ottawa City Council: “Our city is under siege… they are terrorizing our residents… torturing them with incessant honking… preventing them from leading their lives… This group is a threat to our democracy.”

Simply put, the authorities are finally paying attention to the freedom movement because they have no choice.

#2: Despite the media’s best attempts to smear the participants as “racists,” “terrorists,” etc. (as they always do), the truckers and their supporters come from diverse working-class backgrounds. They are transparently non-violent non-extremists. They’re farmers and truckers of various races – a universally respectable, sympathetic, hard-to-pigeonhole group. Contrasted with the governing class ghouls in opposition to them, they look all the more appealing to the public eye.

The protesters even brought bouncy castles and saunas – a starkly divergent vibe from the mass looting by the celebrated BLM “civil rights protesters” in 2020.

Minions-themed bouncy castles for kids are hard to demonize as features of a “hate rally” or whatever. 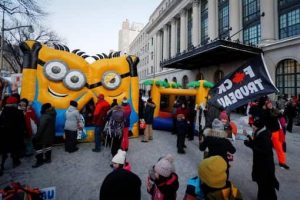 #3: Just as importantly as making the ruling class uncomfortable, the truckers impacted the business operations of multinational corporations like Ford and Toyota:

“Two of the world’s biggest carmakers, Ford and Toyota, say production is being disrupted by trucker protests in Canada.

Plants have been forced to shut because car parts are being held up at two US border points blocked by truckers protesting against a vaccine mandate.”

American and Canadian politicians couldn’t care less about the complaints of their average corn farmer constituent (whom they are theoretically supposed to represent). But when a multinational corporate CEO picks up the phone, they take that call.

Even within a matter of a couple of weeks, Alberta (arguably the most independent Canadian province) already announced plans to fully scrap the authoritarian mandates.

If the truckers can keep up the pressure, those two likely won’t be the last jurisdictions to cave.

Good ideas have an organic way of going viral.

“Protesters in France began on Wednesday what they are calling the ‘freedom convoy,’ with the ultimate goal of converging around Paris and Brussels, to demand an end to COVID-19 restrictions.

The vehicular protest was inspired by the ongoing demonstrations in Canada, where a sizeable group of truck drivers have blocked a border crossing to protest a COVID-19 vaccine mandate imposed in January by Canada and the US.”

And of course, a homegrown American #FreedomConvoy is headed to the global Heart of Darkness, that den of iniquity, Washington D.C.

The security state has taken notice:

“A DHS bulletin… said the agency ‘has received reports of truck drivers planning to potentially block roads in major metropolitan cities in the United States in protest of, among other things, vaccine mandates for truck drivers.’

‘While there are currently no indications of planned violence, if hundreds of trucks converge in a major metropolitan city, the potential exists to severely disrupt transportation, federal government operations, commercial facilities, and emergency services through gridlock and potential counterprotests,’ the bulletin continued.”

Because the corporate state consistently resorts to the same, tired playbook, we already know whom and what they will blame for the trucker convoy – the three “Rs”:

“The [American Convoy] effort is receiving a boost from a familiar source: overseas content mills….

Social media-based foreign interference in domestic politics first came into public view in the aftermath of the 2016 election after researchers found that Russia’s Internet Research Agency was conducting an elaborate influence campaign across American social media sites in an effort to support candidate Donald Trump.”

“As the convoy descends on Ottawa with the stated aim of opposing all COVID-19 mandates, anti-hate experts allege those with white nationalist and Islamophobic views don’t just represent the fringes of the movement but are among the organizers of the convoy.”

How does one become an expert in “anti-hate?” The entire job entails labelling anything or anyone in opposition to the global corporate state (that bankrolls the “anti-hate” industry) as “racist” or “extremist” – the old “when all you have is a hammer everything is a nail” dilemma.

To get an idea what kind of treatment the American ruling class has in mind for the future “racist” “Russian puppet” participants in the coming American convoy, consider the prescription offered by Obama-era Homeland Security goon Juliette Kayyem:

The convoy protest, applauded by right wing media as a "freedom protest," is an economic and security issue now. The Ambassador Bridge link constitutes 28% of annual trade movement between US and Canada. Slash the tires, empty gas tanks, arrest the drivers, and move the trucks ✔️ https://t.co/nvRQTfPWir 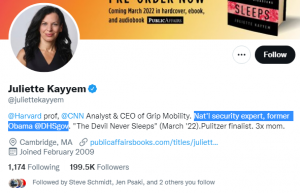 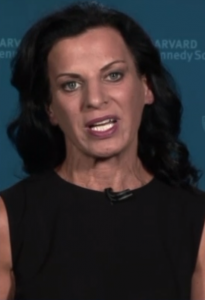 The government face you can trust

In a preemptive move, Biden’s handlers put him on the phone with Trudeau to pressure the Canadian PM into more punitive crackdowns on the “illegal,” “foreign-funded” convoy.

The DHS on February 7 issued a fatwa against COVID-19 dissenters. The #1 threat it identified was the “proliferation of false… [COVID-19] narratives” that “undermine public trust” in the government:

“Key factors contributing to the current heightened threat environment include:

What is that if not a direct declaration of war on Constitutionally-guaranteed free speech and the right to petition the government for redress of grievances?

What does that pronouncement make the DHS if not a treasonous occupational force?