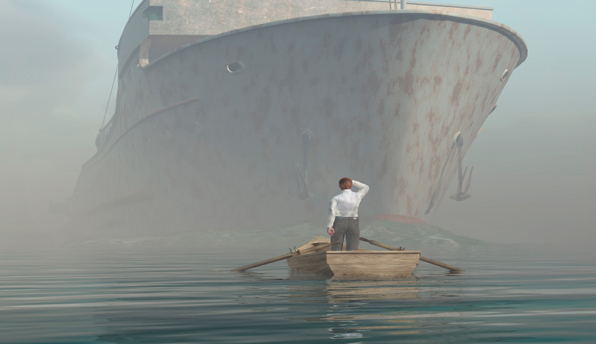 AT&T Mulls Reinvention for Web With $86 Billion Time Warner Deal  … DirecTV parent wants to own leading Hollywood film, TV studio … Merger accord could be reached Sunday, announced by Monday … Time Warner Inc. and AT&T Inc. have survived the evolution of color TV and cable over the decades. Now they’re merging to adapt to the latest technological shifts: smartphones and streaming. -Bloomberg

Another Bloomberg article that makes it sound like such a vast merger is business-as-usual. But it’s not. It’s just a furtherance of the technocratic, corporate-judicial monopoly that passes for a “free-market” in the West.

Thomas Jefferson and other US founders were so worried about bankers and corporations that they made sure money production was left in the hands of individuals. Need money? You could dig gold and silver out of the ground. The federal government would weigh and stamp the metal. It was a confirmation process not a creative one.

When it came to corporations, history showed clearly their destructive nature. The legacy of the horrific East India Company was, for one thing, a US Constitution that made it very difficult for large corporations to emerge. In the US, the power to regulate corporations was given to states, and for good reason.

Before the Civil War (and the inevitable destruction of the republic) corporations hardly existed. And for good reason.

The East India Company was in existence for over 250 years –  from 1600-1858.  It was the biggest corporation in world history.

Largely forgotten in the UK, it was responsible for the opium wars with China, it contributed to devastating famines in India,  and was a perpetrator of cruel employment practices in Bangladesh and other British colonies.

The East India Company was chartered by the Queen and even ran its own army at one point. Sooner or later, no doubt, US companies will get to this point. We can actually see this starting to happen with the emergence of mercenaries organized and directed via non-governmental enterprises.

The US government is titanic, intrusive and increasingly authoritarian. But corporations are starting to rival the government in size and heft. This is how genuine fascism occurs. When society’s organizing elements, private and public, become so large they dominate everything else.

The larger social facilities are, the less room there is for anyone else. The situation is complicated in the West by banking control, mostly out of the City of London. Secretive elements of intelligence agencies run things on the ground throughout the West.

And yet … as we often point out, corporations in the modern age are not inevitable, nor is the technocratic fascism accompanying them. Get rid of corporate person-hood, intellectual property rights, monopoly central banking (and intrusive regulations) and corporations will shrink back down to normal proportions.

Could it happen? It will  sooner or later, when everything finally begins to fall apart. The market will re-emerge. In fact, it’s the way the US was organized originally and responsible in large part for the miracle of industrial creativity and wealth that marked pre-Civil War America for many (though not Indians, African Americans, etc.).

Markets work. Anything else leads to the destruction of society either in the short- or long-term. History repeats, and shows us the lessons we should learn.

Conclusion: Unfortunately, there are other forces at work. This latest merger is not happening by accident. It is surely an attempt to further control the Internet and related technologies. It is portrayed as a market – “capitalist” – phenomenon  but it is nothing of the sort.