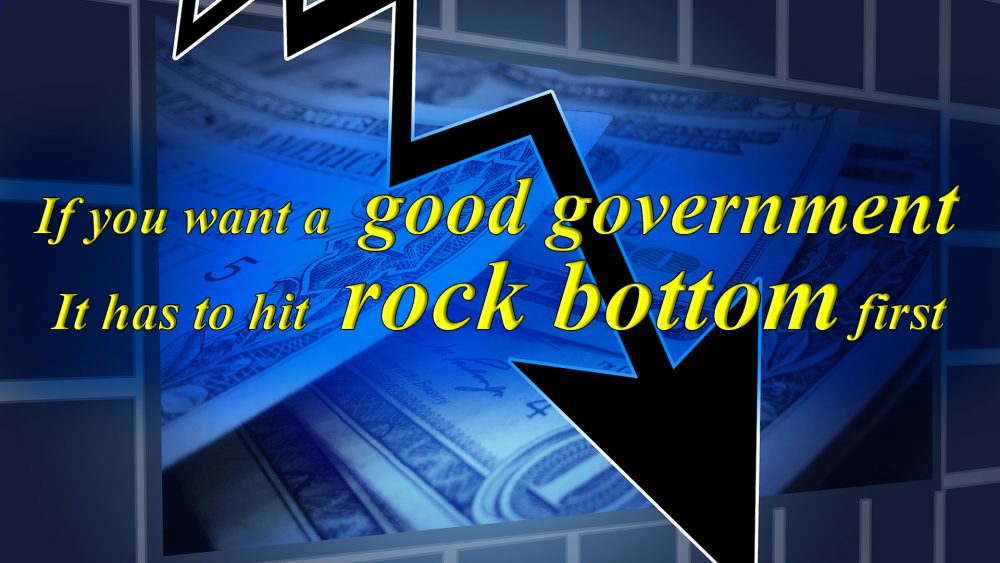 Decades of socialism stifled Cuba’s economy, but apparently the pandemic recession was the final straw.

Cuba announced it will expand the list of approved types of private businesses from 127, to 2,000.

Now entrepreneurs will be allowed to hire more than just their family members, and Cubans can now rent out properties they own.

And this should help absorb the 500,000 government workers being laid off by the government.

Cuba has finally realized that the only way to create wealth, is to free the people from the shackles of government.

This isn’t to say Cuba is going full free market. For instance, private restaurants are still given an absurd limit on how many patrons they can serve at a time— but that limit has been increased from 12 to 20, and will be allowed to serve beef ans lobster…

It’s still ridiculous, but even small reforms like these will create massive increases in wealth in a country that has been so stifled by socialism for so long.

Of course when people aren’t used to freedom, there can be a rough transition.

For example, when the country of Georgia gained its independence from the Soviet Union in 1991, you might think life could only get better compared to a communist dictatorship.

But, despite the communist regime’s fall, deep-state apparatchiks (ex-members of the Soviet Communist Party) still ruled the country.

And throughout the early 1990s as politicians battled for power in the newly independent nation, Georgia’s economy came to a standstill. Its GDP actually decreased each year from 1990 to 1994.

As hopes of a better future faded, any person with the means fled the country. From 1989 through 2002, the population dropped 20%, census records show, partly from a lower birth rate, but mostly due to emigration.

Georgia was just about at rock bottom, when an energetic leader with an anti-corruption, pro-market vision appeared.

Mikheil Saakashvili came to power in 2004. As Georgia’s President, he cut red tape, abolished import and export tariffs, fired half of the police force, invested in infrastructure and revamped the entire government.

Saakashvili’s efforts paid off. Within a decade, Georgia’s staggering transformation was starting to become obvious.

Today, Georgia is one of the safest and least corrupt countries in the world, and regularly tops “Ease of doing business” ratings.

And this story isn’t unique.

For example, in 2009, Greece’s yearly budget deficit exceeded 15% of Gross Domestic Product (GDP), meaning the government took on debt equal to 15% of the country’s entire economy. In one year.

Greece’s credit rating was downgraded, the cost to finance new debt soared, and Greece announced it might default on its debt.

The European Union came to its rescue with a bailout, but only in exchange for austerity measures. Greece had to cut 150,000 government jobs, reduce pension benefits, increase pension contributions, and raise taxes.

But this still wasn’t enough. By 2012 Greece had a 25% unemployment rate, and its debt stood at 175% of GDP– as a reference point, the World Bank considers debt over 77% of GDP to be a sign of impending default.

Only by balancing it’s budget to take on no new debt, privatizing government businesses, selling government assets, and further pension cuts was Greece finally able to claw its way out of disaster.

And by 2020 it almost seems like Greece was smart enough to learn a lesson. Facing another crisis as tourism money dried up, Greece created a digital nomad visa to attract foreign capital, which offers a 50% reduction in income taxes for seven years.

Still, Greece was only able to avoid total disaster with the help of European Union bailouts. And even now Greece owes massive debts to the European Financial Stability Mechanism and Eurozone countries.

So it’s a bit shocking when you realize that in 2020, the United States posted a federal spending deficit of about $3.1 trillion—over 15% of GDP.

And the US doesn’t have Daddy European Union to bail it out.

All it has is the Federal Reserve, which already expanded the money supply by almost 25% last year to buy government bonds, and finance new debt. They printed this money out of thin air, and dumped it into a shrinking economy.

If bondholders get wise, as they did in Greece, then the only way to finance new debt will be to print more money— a recipe for massive inflation.

Nope! Former Federal Reserve Chair and incoming Secretary of the Treasury Janet Yellen said recently that “the smartest thing we can do is act big,” starting with a $1.9 trillion rescue package proposed by President Biden.

The only reason the US has made it this long without being forced to address its debt is because it can print dollars—just like Zimbabwe and Venezuela, hyper-inflating their currencies.

The difference is that the US dollar is the world reserve currency. That means there is an almost 8 billion person worldwide demand to absorb new dollars.

But this actually could be the year that the world loses confidence in the US dollar. According to Bloomburg, $8 TRILLION worth of US debt comes due this year, and added to the deficit of at least $2 trillion, the US has to find a buyer for $10 trillion of debt.

China’s already been paring down its US debt, and probably won’t be too interested in buying more. That leaves printing money as the only solution to finance the new debt.

State governments are already showing a microcosm of the problems of fiscal irresponsibility because they can’t print their own money.

But these states haven’t hit absolute rock bottom yet, so their solution is to— drum roll please: raise taxes and increase spending to make up for the fleeing taxpayers, and out of work COVID lockdown victims.

When you actually have to start competing with relatively free and low tax states like Texas and Florida, the real world comes at you fast.

And yet the US government is following New York and California’s lead on a massive scale— Vice President Harris was a Senator from California after all, and the administration says it will model many of its most progressive policies on the failed state.

So that’s why I say, just do it already! Get it over with.

Let the commies take over, and drive the US to rock bottom. The sooner it happens, the sooner we can start from a blank slate and rebuild.

If politicians were smart, they would default and begin austerity while the US still has some credibility and leverage left. Because the longer they go on with the debt, the money printing, and the descent into socialism, the fewer options the US will have.

Instead, they will print tens of trillions of dollars for COVID recovery, green new deals, forgiving student debt, and whatever else they can think up. Maybe even a new war on domestic terror.

They’ll slam the US into the red hot core of rock bottom, scorched earth humiliation.

So how do you maintain or even gain power in these scenarios? How do you make sure you don’t go down with the ship, and even provide some lifeboats for other people?

One way is to be an early adopter of new technologies. For example, crypto-currencies are seeing more and more mainstream spending options, and seem poised for adoption in the event that the dollar inflates, or even becomes worthless.

I don’t personally think it makes sense to get into cryptocurrencies for speculation, just to turn them back into fiat dollars. The point for me has always been to hold or use the future of money. Possible value increase and multiplied purchasing power of Bitcoin, Ethereum, and Monero for example, is an added benefit, but not the main point.

Of course gold and silver can give you a much safer bet to protect yourself against inflation, and even possibly multiply your money in case of hyperinflation. People have got rich in the past in those ways.

And in the same way you don’t really want to be in dollars when this all goes down, you don’t want to be in certain places either— definitely not New York or California. But maybe not even in the United States. More rural versus cities is a good option too, especially if you have a group of like-minded people around you.

Then there is online presence as well— a lot of these alternatives to Facebook, Twitter, and YouTube are still up and coming, so you have the chance to be an early adopter.

That gives you a chance to grow with the platforms, which as a reminder, I am hoping to do with other platforms like Bitchute, Rumble, and Odysee— so make sure to go follow me on those platforms, links in the description, especially if you want to get away from YouTube.

I think these are the sorts of things to be thinking about— where are you located— physically, mentally, socially— and what roles can you fill in a disaster or crisis scenario that will help the people around you overcome.

There is going to be a major transition, and helping people over the hurdles to transition smoothly into new money, new systems of governing, new education models, new social structures— that will put you in a leadership a position of power.