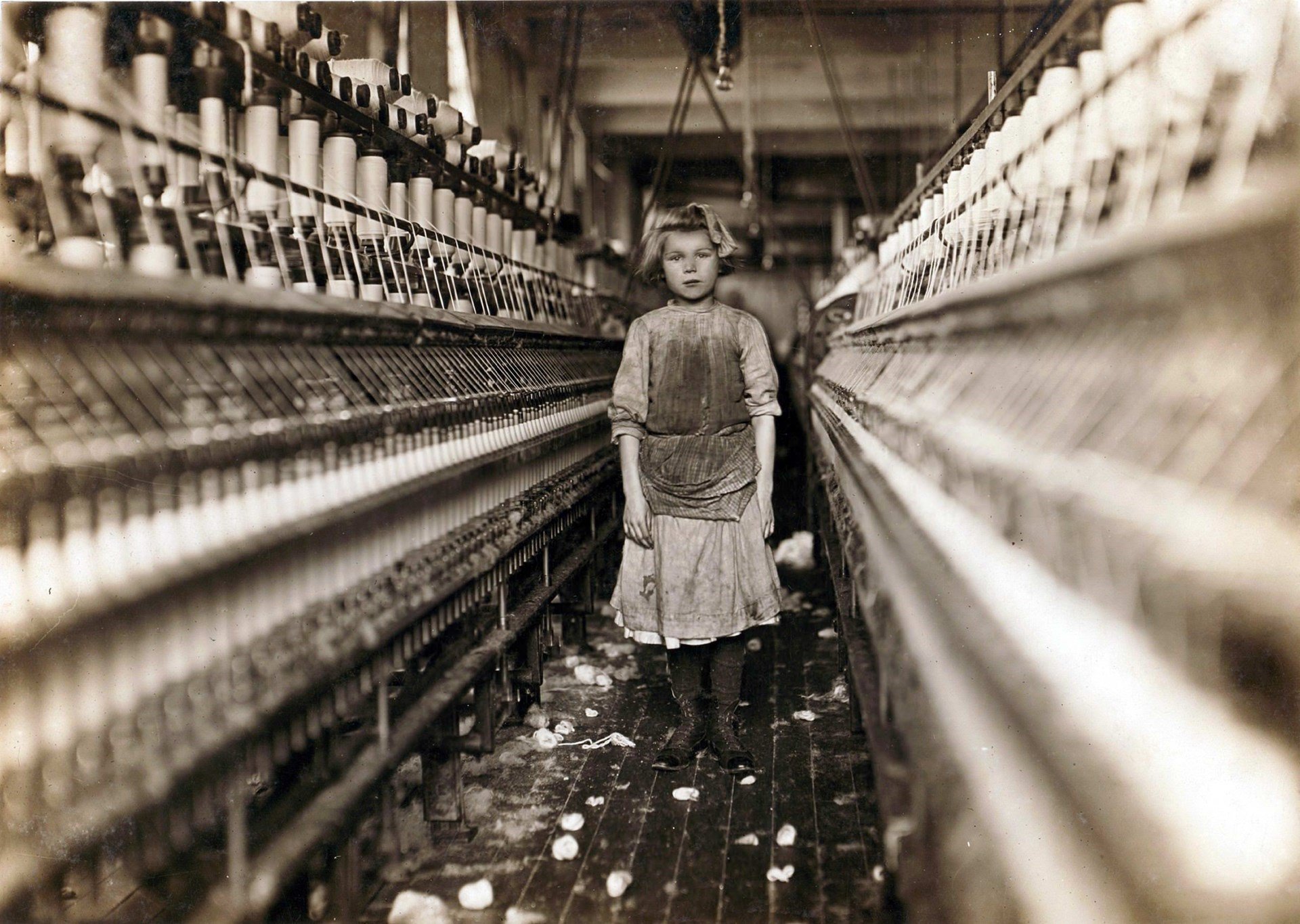 Over Labor Day weekend, I saw many friends arguing that labor unions and government intervention “humanized capitalism” by giving us the 8-hour workday, the 40-hour workweek, ending child labor, and so forth. Unfortunately, these folks have their history backward.

The wealth produced by capitalism allowed us to indulge our humanitarianism in ways not possible when we were on the edge of survival.

We didn’t humanize capitalism, it humanized us. The wealth produced by capitalism allowed us to indulge our humanitarianism in ways not possible when so many were living on the edge of survival.

You can’t have 8-hour workdays, 40-hour work weeks, and no child labor, until the material conditions exist to make such changes feasible for a large number of people. Workers didn’t work long hours, and kids didn’t work at young ages, because employers held a gun to their head. And they didn’t do it because they loved to work hard, long, uncomfortable hours.

They, like us, would have preferred shorter hours, better wages, and better working conditions. However, when capital is scarce, wages will be low and feeding one’s family will require more hours and more hands on deck.

Taking Care of Itself

It was, as Ludwig von Mises argued over and over, the growth of capital that made labor more productive, enabling more people to feed themselves and their families, not to mention educate their kids, while working fewer hours per week. Workers’ wages depend on their productivity and the value thereof. When workers have more and better capital to work with, it makes their labor more productive.

When owners of capital have to compete to hire labor, they will have to offer higher wages to attract this more productive labor away from the competition. The result is that more and better capital leads to higher wages, and that enables more families to survive without the income from child labor and for workers and firms to reduce the length of the work day and work week.

This process was well underway before any major form of unionization or major government regulations on hours worked, and the trend line did not change when those things began to happen.

Surely if parents could have survived without their children working, they would have.

We can see this in more detail if we look at child labor.

At the start of the nineteenth century, children were likely to be employed either working the family farm or in the early factories. In both cases, the household required the child’s contribution to its income generation in order to get by.

Historian of childhood Steven Mintz notes that wages of children between the ages of ten and 15 “often amounted to 20 percent of a family’s income and spelled the difference between economic well-being and destitution.” As Mintz also points out, “key decisions…were based on family needs rather than individual choice…[in] the cooperative family economy.”

Surely if parents of that era could have survived without their children working, they would have, as is demonstrated by the relative absence of child labor among the very wealthy of the time. But most parents simply could not afford to do so.

When a Lower Demand Is Good

Evidence for the role of wealth rather than legislation comes from Clark Nardinelli, who shows declining child labor rates in the British cotton and flax factories for two decades before the first Factory Act in 1833, as well as ongoing declines in child labor in the silk factories up until 1890 even though most of the child labor laws did not apply to the silk industry.

Together, these provide some confirming evidence for the role of capitalism-driven rising real wages as the cause of the reduction in child labor over the century. Even farm children saw their roles diminish, as improved farm machinery reduced the need for child labor and the increasing returns to farming enabled land owners to hire help from outside the family.

There is no doubt that the conditions children worked under in factories (and still do today in some parts of the world) were unpleasant by our own standards, but life on the farm was certainly no better and arguably worse. And if one accounts for the greater family income and greater access to resources, including medicine, that newly urbanized factory workers had, life was, overall, likely better for child factory workers than child farm workers of the generation before. Nardinelli’s conclusion is worth quoting in full:

The growing real income of nineteenth-century Britain was the most important force removing children from textile factories after 1835. Children worked in factories because their families were poor; as family income increased, child labor decreased. Indeed, as a given family’s income increased younger children began work at a later age than had their older brothers and sisters. The well-known Victorian concern with children was in large part a reflection of rising income. One would therefore expect that, given the rapid rise in income in the last half of the century, the amount of child labor in textile factories would have declined in the long run without factory legislation.

Certainly the laws had some effect in pushing the process along, but the “most important force” remained the rise in real income that capitalism and industrialization had produced.

It is worth asking why it has come to be the conventional wisdom that laws ended child labor (and the longer work day and work week). It likely reflects our evolutionary and intellectual biases that lead us to think we directly control more of the social world than we really do. It is easier, as well as morally more self-satisfying, to believe that we intentionally made something unpleasant go away through taking a stand against it, than that underlying processes we do not control were responsible.

Unions and laws didn’t humanize capitalism. Capitalism created the conditions that enabled more of us to live truly human lives.

In addition, it does seem to be a trend that laws against behavior that we find to be morally reprehensible remnants of an unenlightened past tend get passed when the practices in question have mostly disappeared, making the few examples still in existence all the more reprehensible. This was certainly true of the heightened focus on child labor as the declining need for children’s incomes spread downward through the middle class.

Even in our own time, cigarette smoking became the target of increasingly heavy-handed regulation well after smoking rates had been on an ongoing decline for decades, as people realized the health concerns it created. One might say the same about human-on-human violence; we are more outraged by it as its real frequency has declined dramatically.

It is easier to legislate against a practice whose economic necessity or desirability has long passed for most people. Child labor and maximum hours laws were historically, and are in other parts of the world today, only possible when families no longer needed those extra hours of labor to survive and provide a better life for themselves and their children.

The real credit for the long-run decline in child labor and hours worked belongs to competitive capitalism, which enabled the growth of capital that increased labor productivity and enriched both capitalist and workers. Richer people can work less and live better lives.

Unions and government didn’t humanize capitalism. Capitalism created the conditions that enabled more of us to live truly human lives.

Find a Portuguese translation of this article here.

Steven Horwitz is the Distinguished Professor of Free Enterprise in the Department of Economics at Ball State University, where he also is a Fellow at the Institute for Entrepreneurship and Free Enterprise. He is the author of Hayek’s Modern Family: Classical Liberalism and the Evolution of Social Institutions.