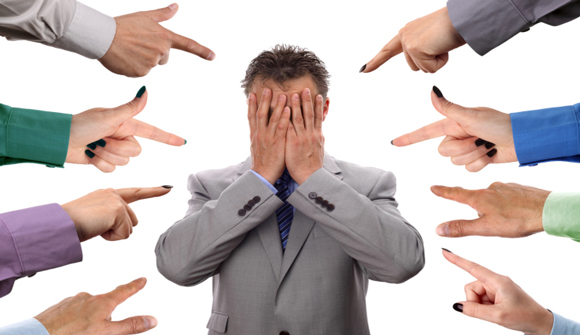 I don’t want Kant to be right, but I’m struggling.

In his book Religion Within the Limits of Reason, the famous philosopher argues that within man exists a natural propensity to evil, even in the best of us. When I was in college, my reaction upon reading these words fell somewhere between pure disillusionment and a complete desire to never read Kant again. Perhaps this was because I’m an idealist, to whom there is simply no room for such negative notions of human nature. Or maybe it was because the school of psychology in which I’ve been trained, positive psychology, told me that within all individuals and societies exists “the good life.”

I haven’t turned a blind eye to the horrors that pervade our world. Like everyone else, I’m well aware that we live in a politically divided country, but I’ve managed to hold onto my belief that an inherent goodness exists within all of us. But after coming across a number of reader comments on a recent Instagram post from The Atlantic, I’ve been forced to reconsider Kant’s eerie words. Could it be that man is, in fact, evil?

The Atlantic’s post, which was advertising a recently published story by Julia Marcus, an epidemiologist and professor at Harvard Medical School, read: “Instead of yelling even louder about Christmas than about Thanksgiving, government officials, health professionals, and ordinary Americans alike might try this: Stop all the chastising.”

Given the left’s proud and vocal adherence to the “docs” and scientists, one would expect that most of The Atlantic’s readers would just naturally agree with anything Dr. Marcus could ever argue. It turns out, though, that it’s yet another case of the left’s hypocrisy.

“Sorry but we all would like to connect socially with family or friends. It’s not the time. It is NOT a necessity. Please quit excusing these people. If shaming is not the way than suggest another. But excusing them is inexcusable,” wrote one reader.

Connecting socially with family and friends is, however, a necessity for a lot of people. The effects of confinement and quarantine on some individuals, especially those with, or at risk of, mental illness as well as those living alone, can be life threatening. An easy way to realize this fact is to consider the immense harm that can be caused by solitary confinement, for example, a practice opposed by many on the left.

Indeed, a significant body of research has shown that solitary confinement can cause severe adverse psychological effects as well as increase the risk of serious harm to individuals who experience it. An article in the Journal of the American Academy of Psychiatry and the Law has argued that solitary confinement can actually be as distressing to an individual as physical torture.

The parallels between solitary confinement and government-enforced quarantines amidst the COVID-19 pandemic are strikingly clear. It’s, of course, too early to know the exact consequences of 2020’s quarantines, but research clearly demonstrates that living alone as well as feelings of loneliness are strongly associated with suicide attempts and suicidal ideation.

As many countries face new stay-at-home restrictions to curb the spread of COVID-19, and the possibility of one in the U.S. looms under the impending presidency of Joseph Robinette Biden, psychologists and other mental health professionals are growing increasingly concerned that rates of suicide may rise—or have already risen. Previous research already supports these concerns. But, as The British Medical Journal points out, several recent findings supply added concern, including deteriorating population mental health, a higher prevalence of reported thoughts and behaviors of self-harm among people with COVID-19, and growing problems accessing mental health care.

So, to say that connecting socially is not a necessity is an ignorantly simple conclusion and, quite frankly, wrong.

Another reader comments: “Nothing matters to them [people that connect socially]. Hopefully they won’t survive COVID. We’d be better off without them…They deserve zero considerations…They deserve to fall ill and perish.”

Wishing death upon someone, wishing death upon anyone, must be condemned with the strongest force possible. For one to even think that the world would be better off without a group of people that has done absolutely no direct harm to oneself and has broken no laws, but instead has merely used its free will in such a way that was dissatisfying to oneself is unarguably the very definition of evil.

We’ve condemned the death-wishing Nazis and the architects of the Holocaust. Why aren’t we condemning these people who are also willing the death of those who disagree? If we don’t, we’re admitting that Kant was right—and then we’re all fresh out of luck.

Wesley Shirola is a Young Voices contributor and a senior at Northwestern University where he studies Psychology, Public Health and Data Science. His research examines the intersection of science, medicine, law and policy. He is the editor-in-chief of The Remarker. Follow him on Twitter @WesleyRemarker.