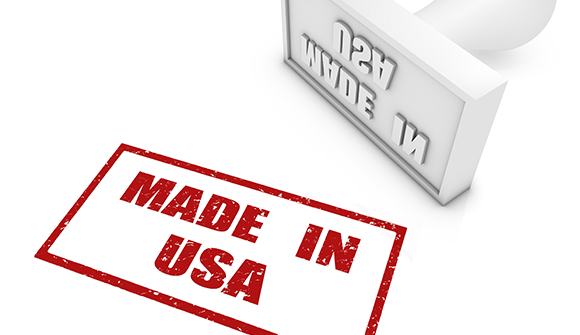 Egyptian President Mohamed Morsi was forced out of office Wednesday by the Egyptian military and opposition leaders, just a couple of hours after the Obama Administration voiced its first public doubts about Morsi's handling of the massive street protests that spread across the country in recent days. Egyptian Army Chief Abdel Fattah Al-Sisi took to state television to announce that the head of the country's constitutional court would take over as president until new elections are held. "We'll build an Egyptian society that is strong and stable, that will not exclude anyone…and end the conflict," Al-Sisi said. – Politico

Free-Market Analysis: What the hell is going on?

Update 7/4: Former US Ambassador and neocon John Bolton has endorsed the Egyptian coup and the insightful libertarian Lew Rockwell believes nothing good can come of it for Egyptians. Below, we ask whether this is one of the greatest diplomatic reversals for the US in modern times … then add in our conclusion that "we don't know." What seems fairly certain is that the Muslim Brotherhood would not have obtained power without US backing and now they are out of power. What takes place over the next few days and weeks should clarify this tale. We hope whatever happens will benefit Egyptians, who have seen nothing but bloody turmoil and despotism for decades.

Mohamed Morsi's removal constitutes one of the greatest reversals of US diplomacy and intelligence operations in the modern era? Wasn't Morsi Washington's man?

We've stayed away from commenting because there are no "elves" on the ground in that part of the world, and because we believe most if not all of the current protests/wars in Africa and the Middle East are at least indirectly the product of US intel. It is a rare case indeed where things are actually as they look – and even rarer when they don't go Washington's way.

As we've long pointed out, the net result of these actions has been to install proto-Islamic democracies (republics) throughout the region that Western nations and corporations can react to and eventually ally with. Egypt was a great example of this sort of thing and it is well known that the Muslim Brotherhood is part of a broader Western asset base.

While appearing to be "hands-off" when it comes to the Egyptian turmoil and ultimate installation of Morsi, the Obama administration was surely a proponent of the Muslim Brotherhood's installation and ultimate power grab.

The US basically forced out Hosni Mubarak and helped emplace Mohamed Morsi. Recently, the US provided the Muslim Brotherhood with something like $1.2B in military aid and helped build up Egypt's air force as well. Returning the favor, Morsi broke relations with Syria, a country that the Anglo-American axis is currently trying to destabilize.

Military leaders had urged Morsi to do more to meet protesters demands, but he did not go far enough to meet a 48 hour ultimatum the country's military delcared on Monday. "The speech of the president last night, before the 48 hour deadline, did not achieve the goals of the people," the Army chief said.

He said it prompted the military to act "based on its own national and patriotic duty." … Earlier Wednesday, the U.S. Government also panned Morsi's speech, saying the address fell short of detailing the reforms the Egyptian leader needed to promise to quell widespread dissatisfaction with his rule.

State Department Spokeswoman Jen Psaki said the U.S. "felt there was an absence of significant, specific steps" in Morsi's Tuesday night speech. "Unfortunately, that was not a part of what he talked about in his speech…..There's more that he needs to do," she added during a daily briefing for reporters.

The comments expressed a greater degree of U.S. dissatisfaction with Morsi than previously acknowledged by U.S. officials. However, Psaki insisted that the criticism did not reflect a U.S. decision to back the opposition or the military. (WATCH: What options does Obama have on Egypt?) "We haven't taken sides and don't plan to take sides," Psaki said.

She acknowledged that she had no criticism to offer of the Egyptian military, despite a warning from military leaders that they would step in if Morsi's government and protesters did not come to an accomodation. Psaki declined to outline specific steps the U.S. would like Morsi to take, beyond avoiding violence.

All this is quite startling. We've often warned that US nation-building might backfire, but we've been watching the ongoing destabilization of one country after another in ways that have left us believing that what's occurring is not out of line with Western expectations.

We've also pointed out that what we call the Internet Reformation is fairly uncontrollable at its margins. One can anticipate its evolution to some degree and set up various gambits to control its effects and manipulate disaffected populations. But in a truly global convulsion of knowledge and even enlightenment, the very movements that have been created can spin out of control – creating something new and unexpected.

Is that what is happening? Will whatever has taken place gradually be reeled back in? Or manipulated in some other way? Or is this the first step to something else … something different and significant … and even uncontrollable from the standpoint of Western interference?

Is it part of the process we call the Internet Reformation?