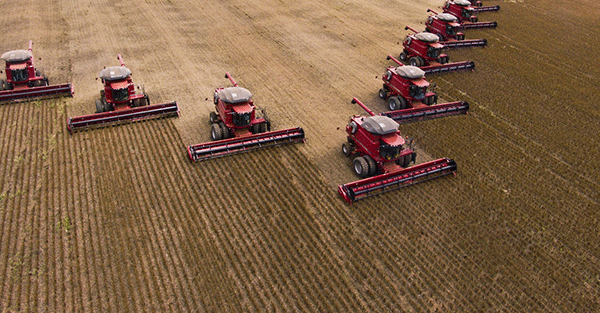 STAFF NEWS & ANALYSIS
Where some see a monopoly, others see an opportunity
By Joe Jarvis - April 05, 2019

The 1970s was the heyday for rural America according to a third generation hog farmer.

But as farms became more and more consolidated by Big Agriculture, profits dropped. The margins on food got smaller so it became harder to compete.

Now he’s back on his feet because he is a raising a different kind of hog–a specialty kind that fetches twice the price.

And it’s actually comparatively easy for people to afford specialty food products these days. In 1960 Americans spent about 17% of their income on food. Now it is only 6.4%.

If consumers care to, they can spend twice as much as typical on better quality food, and still save money compared to 50 years ago.

Meanwhile, big brands like Nestle are spending less on innovation for new products. And start-up brands are taking larger shares of the market, especially for healthier foods with higher quality ingredients.

It’s anyone’s guess what factors came into play to create a stronger demand for healthy foods. But the point is that when the market showed a weak spot, entrepreneurs pounced.

Food is just one example.

There was a time when Sears was on top and no one could imagine that one day it would be bankrupt, and Walmart would be king. And who would have thought the first major online book retailer would be giving Walmart a run for its money a few years later?

But even Jeff Bezos admits that Amazon won’t be around forever.

Hilton controls 12% of the hotel rooms in America, and 25% of all new rooms being built. But its biggest competitor, Airbnb never had to build a single room.

Things get a shakeup when the right market conditions and a good innovator make magic.

The only thing that disrupts this natural and healthy cycle is if the government steps in to protect an industry or a company.

That did happen with Big Agriculture and caused the hardships of people like the hog farmer. The centralization of the food industry which he called “the same road as the Russians with the collective farm system,” is a direct result in government intervention in agriculture.

Because of the perpetual Farm Bills which Congress routinely passes, companies like Nestle get access to cheap corn syrup, because corn is subsidized. That gives them an advantage over healthier alternatives, which find it harder to compete with the cheaper prices.

And that’s why it should give us pause when we see people like Mark Zuckerberg calling for regulation of his company Facebook.

He says that we need more European-style government regulation over the internet and large platforms.

But the EU’s newest copyright rule, which threatens memes, undoubtedly disadvantages small companies and helps the Facebooks who already have teams of lawyers and moderators ready to comply.

Small competitors go out of business because of the compliance costs or shut down out of fear of lawsuits, prison time, or crushing fines.

But just like the hog farmer and the food consumer, we aren’t stuck in this system. We ultimately make the choices which in the aggregate, form the market.

And it’s a big world… if you’re not finding the right choices (or customers) where you are, perhaps it’s time to look elsewhere.