White House Press Secretaries are the poor man’s Goebbels — morality-free stooges who trade the semblance of integrity for a six-figure salary and attention.

Lights, camera, action… and the Kabuki theatre commences. The neutered press corps asks pre-approved, pre-screened questions one by one. Then the Press Secretary rattles off pre-packaged answers, which are repackaged as “news” and shipped out through the corporate media.

What follows details why dealing with any government official — particularly at the federal level — is a fool’s errand. You’d get more honesty out of a gypsy street hustler/fortune teller working the streets of Prague.

This recent one was an all-time low: 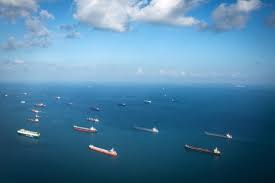 Her nonsense goes unchallenged, and the press corps moves on.

Reporter question: “It was clear in March of 2020, when COVID hit, that the supply chains across the world had been disrupted.  Even as the sort of work to fight back against COVID proceeded, people — it was crystal clear that things were not improving on supply chain.  People couldn’t get dishwashers and furniture and treadmills delivered on time, not to mention all sorts of other things.  So why is it…”

Psaki: “The tragedy of the treadmill that’s delayed.” [saccharin smile] 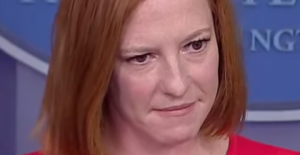 Reporter: “Right, the tread — the problem.  But serious — the serious point is: Why didn’t the President act sooner in a more aggressive way?”

Psaki: “Well, that’s not actually true.  The President formed of task force at the very beginning of the administration.”

Her evidence of proactivity on the administration’s part to fix the supply chains is that Biden formed a “task force” at the start of his presidency – one that apparently failed spectacularly. In what way is that a success?

She goes on to explain that COVID vaccines are the way to fix the crisis: “We’ve been working to be the largest supplier of COVID vaccines to countries around the world… to help address those global supply chain issues.”

Again, Psaki wants to redirect blame for her party’s support of the lockdown of the global economy to instead blame the crisis on the vaccine rollout, the virus itself, and consumer demand.

Psaki: “Well, I’m not sure that’s in the middle of the night”

Psaki: “In recent weeks, unaccompanied children passed through the Westchester airport… en route to their final destination to be unified with their parents or a vetted sponsor.”

First, Psaki attempts to quibble with the “middle of the night” characterization for flights occurring at 2 a.m.

Then, she pivots to deflect criticism of the administration’s border policy by hiding behind children’s welfare — another common tactic of the left. The effect of which is that if you criticize the policy of a collapsed, dysfunctional border in the middle of a global economic crisis, that’s only because you hate children of color or whatever. 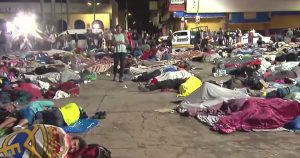 But Peter didn’t say “under $10,000”; he clearly said “$10,000” as a minimum threshold — a characterization of the Biden-sponsored $10,000 IRS spying regime that is fully accurate. Note that Psaki, despite saying “that’s not exactly what it does,” never explains why what Doocy claimed is wrong.

The rest of the press briefing consists of Psaki trying to justify the numerous broken promises in the infrastructure bill, the embarrassing negotiations with the Haiti kidnappers of missionaries, and boys playing on girls’ sports teams because “transgender rights are human rights, whether for adults, for kids.” etc.

Again with the hiding behind kids and “human rights” to justify unpopular, nonsensical policy positions.

Above: Jen and Gregory