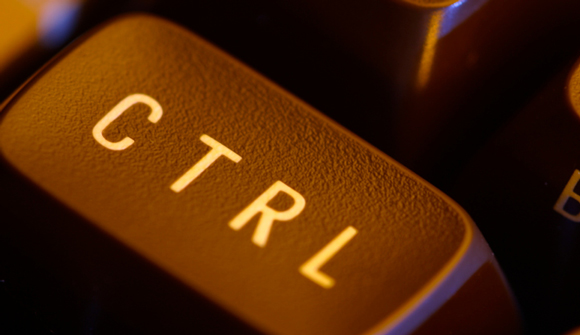 STAFF NEWS & ANALYSIS
Who Is Really Behind the EU?
By Daily Bell Staff - November 30, 2015

Migrant crisis laid bare: 1.5 MILLION people have entered EU countries illegally this year … The staggering figure was revealed by European Council President Donald Tusk, as leaders from across the continent desperately tried to thrash out a way of stemming the flow of refugees into Europe. Hundreds of thousands of migrants – many fleeing war and persecution from North Africa and the Middle East – have poured into the continent this year, creating the worst refugee crisis since World War II. – UK Express

Dominant Social Theme: What a surprise!

Free-Market Analysis: You would think from the mainstream media analysis of what's going on in the European Union that nobody had foreseen this sort of migration.

But as we and other alternative media outlets have pointed out, it's entirely predictable given the amount of violence and killing in the Middle East along with covert and overt assistance to the refugees.

The EU's leaders pretend they are dismayed. Angela Merkel deplores the situation even as she is trying to throw Germany's metaphorical doors open to 1.5 million immigrants, illegal or not. Sweden has taken numerous refugees but now is pulling back.

Meanwhile, at an EU-Turkey summit, Donald Tusk (see above excerpt) negotiated a treaty that the EU signed with Turkey. The treaty provided funds, visas and "closer ties" in return for Turkey's help in stemming the tide.

Speaking of the meeting, French President Francois Hollande said reaching an agreement "is in everyone's interest" as Turkish Prime Minister Ahmet Davutoglu called it "a historic day in our accession process to the EU".

… Prime Minister David Cameron said Turkey must be involved in helping to find a "comprehensive solution to the migrant crisis". He added: "Britain will continue to play our role, which is about supporting Syrian refugees in the refugee camps and in Turkey."

You know … Hollande wants NATO to bomb Syria but is trying to sound moderate. Davutoglu's Turkey has been slyly supporting ISIS and shoving as many immigrants as possible toward Europe. Cameron is trying to sound severe, though he is as fervent a Europhile as any politician in the UK.

This is all part of a continuum of lies, betrayals and deceit that has been ongoing since the founding of the EU, and even before. It was never represented as what it is – a revival of Charlemagne's empire – nor has its ultimate goal ever been voiced. Today, of course, it's clearer. The objective of the EU is to destroy Europe.

Europe, the tribes of Europe, must be destroyed if Europe is to survive as a cohesive entity. Already, polls show that many in the EU, especially in the South, would like to secede.

But this is not tolerable. EU leaders instead choose to import huge amounts of Muslims and others into EU countries in order to dilute the extant cultures. This they must do, as we have long pointed out, because otherwise the ancient tribal entities that make up Europe would finally break away.

They don't admit it, of course. Every EU leader is surprised. Each one is gamely attempting to stem the tide. But these postures are only for public consumption.

The reality is that every EU leader is pledged to destroy the fabric of his or her own country. This goal is so important that leaders like Merkel are willing to risk political defeat in order to achieve it.

In the past decade, we were more likely to read that the German Reich had planned the EU than we were to see a realistic article on its secretive antecedents. But times have changed. The shadowy elites running the US and Europe seem more relaxed now – or perhaps they simply don't care anymore – and thus the world is being exposed to more realistic narratives.

One such comes to us courtesy of the UK Telegraph, just published, and entitled, "How a secretive elite created the EU to build a world government."

There is a subtitle as well, "Voters in Britain's referendum need to understand that the European Union was about building a federal superstate from day one."

Of course it was all about building a "federal superstate" and yet it is still shocking to read this in a British newspaper. Here's an excerpt:

As the debate over the forthcoming EU referendum gears up, it would be wise perhaps to remember how Britain was led into membership in the first place … Answering that question is key to understanding why the EU has gone so wrong.

The answer is that [former Prime Minister] Harold Macmillan and his closest advisers were part of an intellectual tradition that saw the salvation of the world in some form of world government based on regional federations.

He was also a close acquaintance of Jean Monnet, who believed the same. It was therefore Macmillan who became the representative of the European federalist movement in the British cabinet.

… The French statesman Jean Monnet, (1888 – 1979), who in 1956 was appointed president of the Action Committee for the United States of Europe … met secretly with … Macmillan on innumerable occasions to facilitate British entry.

All of this is true so far as it goes – and admirable from the standpoint of presenting a more truthful public narrative. But does it go far enough? No, not quite. There is other history (and hidden trends) that shows us quite clearly that the founding and expansion of the EU was far more than an "intellectual tradition."

There is, you see, an Anglosphere rump that seeks not just "unions" but a single or tripartite world – and the EU is merely a steppingstone. Macmillan and his fellow politicians were order-takers in this campaign, not the originators.

This larger cabal continues to drive the great European experiment forward. Please note: US generals were not behind the EU union, nor were defeated and dying Nazis. The EU has always been a bankers' union and it was global commerce and financial control and consolidation of currency that have driven the EU from inception. The EU is a project of committed globalists that derive their power from the BIS and the central banking community.

Here is another point: We can't imagine that those behind the EU will let the British opt out. Or if by some miracle Brexit does take place, there will be immediate mechanisms put in place to ensure that the leave-taking, eventually, is nothing more than a kind of nomenclature. One way or another Britain will be sucked back in.

There is a reason that Europe is wracked by radical politics, terrorism and illegal immigration. The powers that created the EU and increasingly other regional unions as well are intent on undermining the cohesiveness of Europe's tribes. The job will be dirty, long and violent. Those who wish to stay out of its way might consider avoiding Europe from a business and even recreational standpoint.

Perhaps this is hard to do. But when it comes to living and working – and even establishing a second home or residency – there are plenty of areas that likely offer more security and tranquility than Europe at this moment. Asia and Latin America come to mind as possible destinations. There are others. Investigate carefully before you decide.