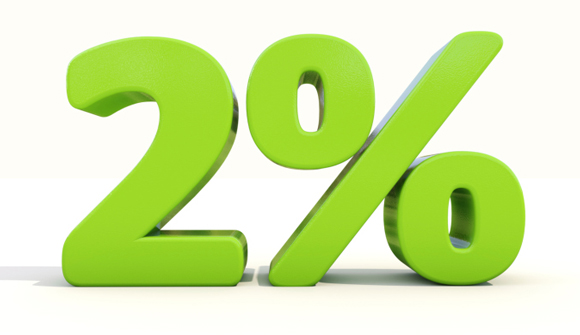 About a week and a half ago I had a terrible sinus infection… I’m talking -really- bad. My sneezes were so ferocious that I half-expected the US Geological Survey to register them on the Richter Scale.

In the midst of all that misery, I became acutely interested in the health care plans of leading US Presidential contenders… and stayed up late at night when I couldn’t sleep combing through their solutions.

Most of all I was curious how they intended to pay for everything.

Now, because I graduated from the Third Grade, I apparently have an unfair advantage when looking at the numbers.

2 + 2 = 4 in my world. But with this BS monkey math that passes as legitimate public policy, they make the numbers whatever they want them to be.

And their fantasy arithmetic was on full display in last night’s Presidential debate.

Elizabeth Warren claimed that her “2 cent” wealth tax would pay for universal child care, universal pre-school, funding for historically black colleges and universities, funding for public schools, free university education, the cancellation of student debt, and of course, Medicare for All.

Wow. Who knew that 2 cents could go so far?

Now here’s the cost of those programs over ten years, according to her own website:

So, before we even get to Medicare for All, the total bill is already more than $3.75 trillion over the next decade.

But Warren herself claims that her Ultra-Millionaire “2 cent” wealth tax would raise only $2.75 trillion over the next decade. That’s a trillion dollars less than what she needs to pay for just a handful of proposals.

Then there’s the “Medicare for All” proposal, which she also acknowledges would cost $50 trillion over ten years. It dwarfs the cost of all of her other plans combined.

But not to worry! In addition to the ‘2 cent’ ultra-millionaire tax, she also claims that she would pay for Medicare for All by increasing the corporate tax.

This is probably the biggest logical fallacy of all.

Back in 2017 when the government slashed the corporate tax from 35% to 21%, the stock market SOARED in response.

So guess what’s going to happen if they raise the corporate tax back up to 35% or more? The stock market is going to drop. Duh.

And if the stock market drops, the amount of wealth held by ultra-millionaires will drop too.

This is pretty easy to understand. If Amazon’s stock price falls, the wealth of Jeff Bezos falls with it. So, sure, they collect more corporate tax. But they’d end up collecting less wealth tax.

The wealth tax and corporate tax are like a see-saw; as one goes up, the amount of money you collect from the other goes down. You can’t have it both ways.

But, of course, these Bolsheviks fail to understand this concept.

So they keep chanting their “2 cent” mantra like a cheesy marketing slogan and delude voters into believing that a small percentage of taxpayers can foot the bill for everything.

There’s also another problem with the proposal.

Warren wants to provide Medicare for All. But she apparently doesn’t realize that the current Medicare program is nearly bankrupt.

Page 6 of the most recent report from the Medicare Board of Trustees states very clearly that the program’s largest trust fund (known as the ‘Hospital Insurance fund’) will run out of money in 2026.

So even though the current program is almost broke, and the amount of money needed to provide Medicare for All is nearly 20x greater than the projected revenue from her wealth tax, she still pretends that this is a viable option.

Now, I remember a few years ago when Nigel Farage told me over drinks that “Communism was a nice idea.” He repeated again on stage at my conference the next day.

Nigel obviously didn’t mean that Communism was a good thing. He meant that the idea of eradicating poverty… the idea of eliminating hunger… those were nice ideas.

And sure, free university, no more debt, free child care, etc. all sound like nice ideas.

And hey, as long as we’re promising the world, let’s give everyone a free mansion on the beach. That sounds like a nice idea too.

But the reality is that someone has to pay for this stuff. And when you intend to stick a few wealthy people with the bill for everything, the math just doesn’t add up.

Everyone pays out the nose… not just the wealthy.

And even those people had the sense to abandon their wealth tax.