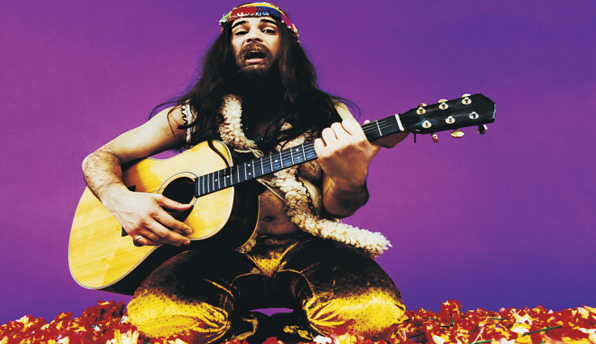 Why Music Is Dying … Taylor Swift, the seven-time Grammy winner, is known for her articulate lyrics, so there was nothing surprising about her writing a long column for the Wall Street Journal about the future of the music industry. Yet there's reason to doubt the optimism of what she had to say. "This moment in music is so exciting because the creative avenues an artist can explore are limitless," Swift wrote. "In this moment in music, stepping out of your comfort zone is rewarded, and sonic evolution is not only accepted…it is celebrated. The only real risk is being too afraid to take a risk at all." That's hard to reconcile with Nielsen's mid-year U.S. music report, which showed a 15 percent y?ar-on-year drop in album sales and a 13 percent decline in digital track sales. – Bloomberg

Free-Market Analysis: Another meme is souring.

We've tracked the gradual decline of movies, television, modern art and meaningful fiction. Now we see the same thing when it comes to popular music.

And we should note that popular music has had a strong run in Western culture ever since Elvis Presley began to swivel his hips and mimic Southern blues.

This could be the 2013 story all over again, in which streaming services cannibalize their growth from digital downloads, whose numbers dropped for the first time ever last year, except that even including streams, album sales are down 3.3 percent so far in 2014. Streaming has grown even more than it did last year, 42 percent compared to 32 percent, but has failed to make up for a general loss of interest in music.

Consider this: in 2014 to date, Americans purchased 593.6 million digital tracks and heard 70.3 million video and audio streams for a sum total of 663.9 million. In the comparable period of 2013, the total came to 731.7 million. Swift, one of the few artists able to pull off stadium tours, believes it's all about quality.

"People are still buying albums, but now they're buying just a few of them," she wrote. "They are buying only the ones that hit them like an arrow through the heart." In 2000, album sales peaked at 785 million. Last year, they were down to 415.3 million.

Swift is right, but for many of the artists whose albums pierce hearts like arrows, it's too late. Sales of vinyl albums have increased 40.4 percent so far this year, according to Nielsen, and the top-selling one was guitar hero Jack White's Lazaretto.

The top ten also includes records by the aging or dead, such as the Beatles and Bob Marley & the Wailers. More modern entries are not exactly teen sensations, either: the Black Keys, Beck and the Arctic Monkeys. None of these artists is present on the digital sales charts, including or excluding streams.

The top-selling album so far this year, by a huge margin, is the saccharine soundtrack to the Disney animated hit, Frozen. When, like me, you're over 40 and you believe the music industry has been in decline since 1993 (the year Nirvana released In Utero), it's easy to criticize the music taste of "the kids these days," a term even the 23-year old Swift uses.

My fellow dinosaurs will understand if they compare 1993's top albums to Nielsen's 2014 list. But these kids don't just like to listen to different music than we do, they no longer find much worth hearing. The way the music industry works now may have something to do with that. In the old days, musicians showed their work to industry executives, the way most book authors still do to publishers (although that tradition, too, is eroding).

We believe this last statement to be correct: "Kids … no longer find much worth hearing." But it's more complicated than mere melody. Popular music has enjoyed a nearly 70-year run because it was a CULTURAL phenomenon that was bound together by television, radio and movies.

There is also a good deal of evidence that the "rock 'n roll" was at least in part a social manipulation. In fact, there seems to have been a concerted effort to create what we know today as the counterculture.

The man who has done the most investigative reporting on this is David McGowan, author of The Strange but Mostly True Story of Laurel Canyon and the Birth of the Hippie Generation.

An uncanny number of rock music superstars will emerge from Laurel Canyon beginning in the mid-1960s and carrying through the decade of the 1970s. The first to drop an album will be The Byrds, whose biggest star will prove to be David Crosby. The band's debut effort, "Mr. Tambourine Man," will be released on the Summer Solstice of 1965. It will quickly be followed by releases from the John Phillips-led Mamas and the Papas ("If You Can Believe Your Eyes and Ears," January 1966), Love with Arthur Lee ("Love," May 1966), Frank Zappa and The Mothers of Invention ("Freak Out," June 1966), Buffalo Springfield, featuring Stephen Stills and Neil Young ("Buffalo Springfield," October 1966), and The Doors ("The Doors," January 1967).

McGowan shows clearly (if his reporting is to be believed) that the numerous artists located in LA's Canyon often came from military families or had military backgrounds. Here's what he had to say about Zappa:

Given that Zappa was, by numerous accounts, a rigidly authoritarian control-freak and a supporter of U.S. military actions in Southeast Asia, it is perhaps not surprising that he would not feel a kinship with the youth movement that he helped nurture. And it is probably safe to say that Frank's dad also had little regard for the youth culture of the 1960s, given that Francis Zappa was, in case you were wondering, a chemical warfare specialist assigned to – where else? – the Edgewood Arsenal. Edgewood is, of course, the longtime home of America's chemical warfare program, as well as a facility frequently cited as being deeply enmeshed in MK-ULTRA operations. Curiously enough, Frank Zappa literally grew up at the Edgewood Arsenal, having lived the first seven years of his life in military housing on the grounds of the facility. The family later moved to Lancaster, California, near Edwards Air Force Base, where Francis Zappa continued to busy himself with doing classified work for the military/intelligence complex. His son, meanwhile, prepped himself to become an icon of the peace & love crowd. Again, nothing unusual about that, I suppose.

Zappa's manager, by the way, is a shadowy character by the name of Herb Cohen, who had come out to L.A. from the Bronx with his brother Mutt just before the music and club scene began heating up. Cohen, a former U.S. Marine, had spent a few years traveling the world before his arrival on the Laurel Canyon scene. Those travels, curiously, had taken him to the Congo in 1961, at the very time that leftist Prime Minister Patrice Lumumba was being tortured and killed by our very own CIA. Not to worry though; according to one of Zappa's biographers, Cohen wasn't in the Congo on some kind of nefarious intelligence mission. No, he was there, believe it or not, to supply arms to Lumumba "in defiance of the CIA." Because, you know, that is the kind of thing that globetrotting ex-Marines did in those days (as we'll see soon enough when we take a look at another Laurel Canyon luminary).

The implication – actually more than an implication – is that the "peace-and-love generation" was at least partially an intel promotion designed to split apart generations and generally cause social chaos. That promotion apparently included flooding the West Coast with LSD.

Timothy Leary was reportedly associated with the CIA along with mega-LSD distributor Owsley Stanley. Grateful Dead lyricist Robert Hunter, and head Merry Prankster Ken Kesey (founder and promoter of the "acid tests" during the sixties) reportedly participated in the government's LSD "research" at Stanford University.

The CIA's history with LSD goes back to the 1950s and Project MKUltra, supposedly a mind-control research program. Wikipedia tells us: "Early CIA efforts focused on LSD, which later came to dominate many of MKUltra's programs. Technical Services Staff officials understood that LSD distorted a person's sense of reality, and they felt compelled to learn whether it could alter someone's basic loyalties. … MKUltra records were deliberately destroyed in 1973 by order of then CIA director Richard Helms."

From all of the above, we can certainly theorize that the 1960s countercultural movement was likely given a boost by US intel involvement and that this involved the music as well. The music strengthened and deepened young people's affiliation with countercultural philosophies.

If one takes this seriously, then the current musical environment – and its gradual failure – becomes clearer. Today's popular music lacks overlays of solidarity and deeper meaning.

Today's musical scene not only lacks cultural resonance, it is also challenged by modern technology and the Internet. The Internet, for instance, presents numerous talented young musicians that have not been signed to record contracts. It becomes easier to see that talent is not necessarily a determining factor in mainstream recording success.

The Internet also reduces musical cohesion. When there were only a few platforms for recordings, record companies could easily control the output; now it is far easier to make a recording and broadcast it without a mainstream contract.

Popular music is just one more avenue of manipulation that is being blocked off by the Internet Reformation.