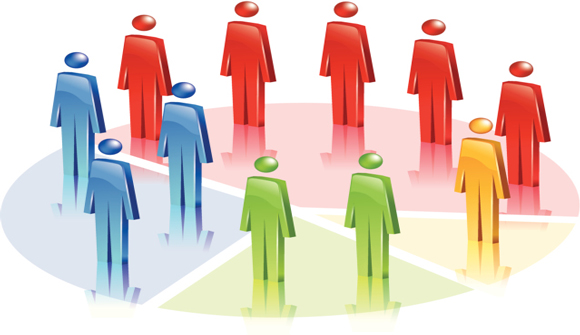 STAFF NEWS & ANALYSIS
Will there ever be a “freedom loving” majority? And do we even need there to be?
By Joe Jarvis - October 24, 2018

People like to romanticize a time when America was more wholesome… when everyone got along and put petty differences aside to fight wars and such.

A time when political campaigns were more civil… like in the Presidential election of 1800.

That was when a pro-Adams newspaper said that “murder, robbery, rape, adultery and incest will openly be taught and practiced,” if Jefferson was elected.

And the Jefferson supporters responded by claiming that Adams was more like a hermaphrodite than a man or woman.

If you think it got any better, think back to the classic daisy girl campaign ad that Lyndon B. Johnson ran in 1964.

It showed a cute little girl plucking petals off a daisy, before transitioning to images of a nuclear explosion. “Vote for President Johnson on November 3rd,” it said, “The stakes are too high for you to stay home.”

So instead of electing the “isolationist” Goldwater, and getting nuked, the people saw fit to elect Johnson.

Johnson quickly ratcheted up the Vietnam war and got 36,000 soldiers killed under his watch. 62% of all American Vietnam casualties occurred during Johnson’s Presidency. This included the most deadly year in the war for American servicemen, 1968, with 16,592 deaths.

Voters are easily manipulated by fears and smears.

There was never a majority of freedom-loving honorable Americans.

People who believe in individual freedom and natural rights are a minority and always have been.

Trying to vote our way to freedom is not a sound strategy. There simply are not enough people who share these values. Really, most people have little or no values. They simply react to their surroundings.

And it is too easy for bad-acters to manipulate the unthinking majority. Just look at how everyone is encouraged to vote, even if they are entirely clueless.

“Voting does not require any kind of special expertise… You don’t have to read every news article to be qualified to vote…I’ve been voting since I was 18 years old — and, trust me, I didn’t know nothin’ about nothin’ at 18 years old.”

So what exactly should you choose a candidate on if you know nothing? Skin color? Good looks? Party affiliation? Name recognition?

Votes in federal elections are extremely watered down as it is–your vote is diluted to the point where it really doesn’t count. Then add a bunch of ignorant voters tipping the scale randomly–or more likely, according to how the media manipulates them.

Then factor in the people who are philosophically opposed to ideas of individual freedom. And remember that another whole subset will vote based on special interests that affect them–Will my benefits increase? Will I get “free” healthcare? Will I get special rights and privileges? Which candidate will benefit my industry?

It would be hard enough for these factors to align in your favor for one election. But for a sustained change, to build a government that respects individuals’ rights, this would need to happen election after election.

Now, I am not strictly anti-voting. I think you should vote when it might increase your freedom.

That’s minor, but it removed some frustrating friction in my life. Why should the government tell me what I can buy and when?

It’s not like my vote was the deciding factor on these issues. But as elections get closer to home, your vote really does count more, as a larger percentage of the deciding pool of votes.

So if anything, voting should not be focused on federal elections. We should be picking state-level politicians who are most likely to isolate us locally from the evils of Washington DC.

But even then, you don’t need a majority to be free. Your freedom is not dependent on elections.

If it was, I can’t imagine feeling very free right now. But I actually do. I feel free.

Don’t get me wrong, there is plenty that should change. And there are constant threats on the horizon.

But actions outside the political realm must be having an effect on the type of society I want to live in since the people in power hardly ever do what I want them to. They quite rarely share my philosophy of natural rights and individual empowerment.

It stands to reason that individual actions produce freedom.

I’m a big proponent of voting with your feet. It is easier than ever to move, and this creates a market for government. Of course, it could be a much better market if, for instance, there were 50 countries instead of 50 United States.

There is also a $102,000 tax exemption for those living overseas, plus an additional housing exemption.

There are places like Puerto Rico where you can take advantage of tax incentives like Act 20 and 22. These cut certain corporate and self-employed taxes down to just 4%, and exempt most investment income from capital gains tax.

But it isn’t just about state or national governments.

In many rural places, you can basically get away with doing whatever you want. In urban areas, you will be subject to much more scrutiny by authorities. The more crowded, the more potential for conflict, and thus more rules are required for an ordered society.

Developing and using alternatives to government might be the most promising method for achieving personal freedom. Currencies are being experimented with to challenge the dollar, and apps like Uber and Airbnb challenge regulatory authorities.

More people are homeschooling, and finding alternatives to public school. Seasteading and other “startup societies” are gaining steam, and could offer a real alternative with experimentation in government.

But these alternatives deserve an article of their own.

I understand wanting to counteract the march towards authoritarian government. But I am undecided on whether it is worth it to vote for the lesser evil.

Does voting help defend against destructive government policies, or does it give legitimacy and power to a corrupt system?

Let me know what you think in the comments.