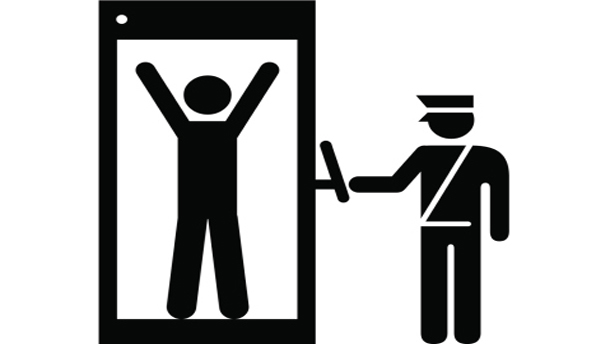 Shipping crisis puts German banks under pressure … The flailing container shipping industry is a massive problem for state banks, particularly in northern Germany. Some fear that skyrocketing risk provisions may cost taxpayers billions of euros.   A report published on Sunday by German public broadcaster ARD has suggested that the northern German states of Hamburg and Schleswig-Holstein may have to offer up to 20 billion euros ($21.4 billion) in credit guarantees to prop up banks with bad investments in container shipping. – DW.com

This was inevitable, perhaps, but still adds considerably to German bank woes. The difficult shipping industry is foundering worldwide, as can be seen by the low prices it is currently charging for the little traffic that is moving between countries. But now not only firms are suffering but also their banks.

New mega shipping companies in Asia have combined with a drastic downturn in traffic to make the business very difficult to turn a profit in.

The financial institutions most affected by the credit squeeze include the HSH Nordbank, the Nord Landesbank and the DVB Bank, all of which specialize in shipping finance. But they’re not the only ones. “Maritime shipping has become one of the biggest problems for German banks and it does not only affect the usual northern, coastal-based suspects like HSH Nordbank and NordLB,” wrote the financial newspaper “Handelsblatt” earlier this month.

“Dekabank, for example, trimmed its business outlook for 2016 by a fifth because the bank set aside an unexpectedly large amount for bad ship loans in the first two quarters.” Earlier this week, the state premier of Schleswig-Holstein, Torsten Albig, raised hackles when he suggested that in a worst-case scenario he might have to ask for help from the EU or the federal German government to cover bad shipping loans by HSH Nordbank, 85 percent of which is owned by Schleswig-Holstein and Hamburg.

The current problems began around 2008 when shipping began to tail off drastically. Companies didn’t cut back however, but instead began to build even bigger ships. Maersk, the world’s largest shipper, began to build a whole line of the largest ever ships that could carry 18,000 containers at a time.

And then recently the widened Panama Canal opened, making shipping traffic even easier and more efficient.  A big victim was soon claimed, South Korea’s Hanjin, which went broke. Now German companies could be next along with banks backing them.

Bremer Landesbank (BLB) collapsed from the weight of shipping loans and was put under the control of NordLB. BLB losses have been estimated in the area of one billion.  NordLB management has seen its own risk provisions climb fourfold in 2016.

Lenders are trying to reduce shipping loans any way they can.  Forecasts for 2017 are even worse than for 2016 and the crisis will get even more severe. Because of new ships, the overall capacity will grow 6-7 percent but demand will only grow 3-4 percent. New records will be set for unfilled ships.

“There will very likely be more Hanjins,” wrote analyst Olaf Merk. “Hardly any container shipping line is turning a profit nowadays and the perspectives are bleak.”

German banks already under the microscope following the deep problems with Deutsche Bank, which is being fined billions by the US. Deustche Bank is Germany’s biggest bank and the entire sector already has considerable stress and fallout to contend with.

Additionally, The European Central Bank (ECB) says that evaluating shipping loans will be a top issue in 2017.

Conclusion: The problems German banks are having with shipping firms plus the Deutsche Bank problems will give Germany considerable headaches during 2017 … and perhaps worse than that.