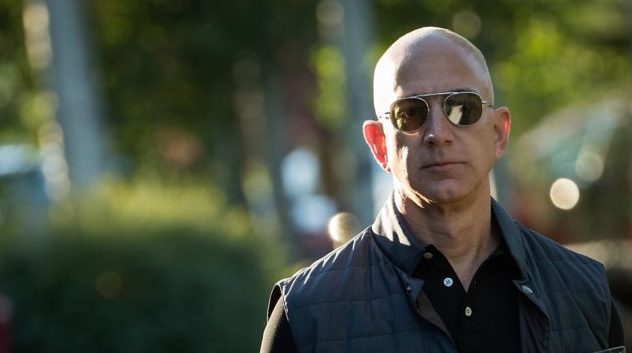 People like Bernie Sanders attack the rich for being successful.

Yesterday we talked about legislation Bernie Sanders introduced last week. Called the Stop BEZOS Act, it specifically targeted Jeff Bezos, the founder, and CEO of Amazon, and richest person in the world.

If it passes, the legislation will tax large corporations 100% of the dollar value of any welfare any of their employees get from the federal government. It is basically a disincentive to hire poor people. Plus it nudges companies to automate with robots to avoid liability and other costs of human workers.

Jeff Bezos should not be criticized for being successful, making a lot of money, and providing half a million jobs of all skill levels.

But the endless anti-free-market whining of Democratic Socialists drowns out the valid criticism of Jeff Bezos.

I agree with portions of a letter sent to Jeff Bezos on behalf of 100 of his employees.

They are against certain government contracts Amazon fulfills.

But facial recognition software is basically an unwarranted unreasonable search. You shouldn’t have to reveal your identity to the government without being suspected of a crime. And with this software, just going out into public means the government will defacto search you, and be able to track your whereabouts.

In the letter, employees also spoke out against Amazon providing services to Peter Thiel’s company Palantir.

The technology is named after the crystal balls used by the dark lord Sauron and evil wizard Saruman to spy on middle earth in Tolkien’s Lord of the Rings.

We are troubled by the recent report from the ACLU exposing our company’s practice of selling AWS Rekognition, a powerful facial recognition technology, to police departments and government agencies. We don’t have to wait to find out how these technologies will be used. We already know that in the midst of historic militarization of police, renewed targeting of Black activists, and the growth of a federal deportation force currently engaged in human rights abuses — this will be another powerful tool for the surveillance state, and ultimately serve to harm the most marginalized…

We call on you to:

Unfortunately, it doesn’t stop there.

Amazon also contracts with the CIA, bringing in at least $600 million per year. They provide web services for high-security state secrets to the CIA and other U.S. spy agencies.

Does that sound like a conflict of interest to you?

It is also interesting to note that the Washington Post has long been associated with the CIA. Project Mockingbird was a CIA operation which paid American journalists to publish certain information and bury other facts, depending on the interests of the CIA.

After creation of the CIA in 1947, it enjoyed direct collaboration with many U.S. news organizations. But the agency faced a major challenge in October 1977, when — soon after leaving the Washington Post — famed Watergate reporter Carl Bernstein provided an extensive expose in Rolling Stone.

Citing CIA documents, Bernstein wrote that during the previous 25 years “more than 400 American journalists… have secretly carried out assignments for the Central Intelligence Agency.” He added: “The history of the CIA’s involvement with the American press continues to be shrouded by an official policy of obfuscation and deception.”

Amazon and Jeff Bezos should be held accountable for providing oppressive tools to the government.

But they should not be criticized and punished for success, as Bernie Sanders’ Stop BEZOS Act would do.

Then again if Bezos wants to make money from government contracts, maybe taking care of his employees from cradle to grave just comes with the territory.

That money came from taxes. And taxes are markedly different than free market revenue. “Customers” do not have direct control over how their tax dollars are spent. But apart from the government contracts, I could otherwise entirely remove my funding of Amazon in an instant by refusing to do business with it.

With government sources of funding, Amazon gift cards resembling a currency, and delivery “patrols” in your area, Amazon is looking more and more like a government…

But that is a subject we will tackle next week.