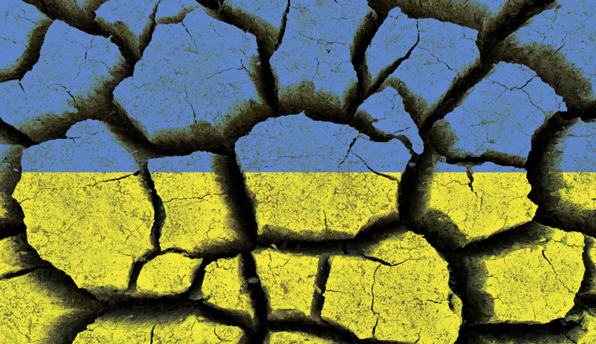 The United States was founded on secession. It didn’t have to be violent, but it was. Whose fault was that? Was it the United States’ fault for insisting on more local governance? Or was it England’s fault for ignoring the consent of the governed?

In 1991, when Ukraine and Belarus declared their independence from the USSR, things did not end violently. They were allowed to exit the union peacefully. The Soviet Union dissolved without further violence.

Of course, there was plenty of past violence the Soviet Union had used since 1922 to keep Ukraine under their control. This included the orchestrated famines in the 1930’s which killed at least 4 million Ukrainians–probably closer to 10 million.

But why is it so clear that places like Ukraine, Belarus, Latvia, Lithuania, and many other countries were justified in declaring their independence from the USSR?

Was it the fact that they had been independent countries at one point? That would suggest that Catalonia and Kurdistan are equally justified in demanding independence, based on their historic sovereignty.

Yet as Ryan Griffiths puts it:

Both referendums place these secessionist regions on a collision course with their central governments and the international community, increasing the probability of conflict…

Roughly a third [of secession movements since 1945] have resulted in violence. Indeed, some claim that secessionism is the chief cause of violence in the world today.

Isn’t that like saying, the best way to avoid rape is to say yes? Demanding autonomy may bring violence upon you, in the same way that resisting a sexual advance might do the same. But the violence was not caused by either victim.

According to Griffiths’ book The Age of Secession, between 1915 and 1945 the fewest sovereign nations existed on Earth since 1816. (This was also the fewest since well before 1816, but that is how far back his studies goes.)

Is it a coincidence that merely 50 sovereign nations existed around both World War One and World War Two? Of course not. These periods of extreme violence coincide with the very opposite of secession: annexation and invasion.

So by what standard do people such as former UN Secretary-General Boutros Boutros-Ghali declare:

“If every ethnic, religious or linguistic group claimed statehood, there would be no limit to fragmentation, and peace, security and economic well-being would become ever more difficult to achieve.”

Indeed there would be no limit to fragmentation, but it does not follow that this would undermine peace and security. If the world held the attitude that consent is required of the governed, the opposite would prove true.

People often talk of unity as if it inherently promotes peace and stability. But efforts to unify without the consent of everyone involved only cause conflict and violence.

Ironically, decentralization can promote the unity of voluntary groups.

Bitcoin is a decentralized currency, yet people all over the world are unified by their use of the cryptocurrency.

All internet communities are decentralized physically, with participants voluntarily joining together on a virtual platform.

Estonia is building a digital nation that would do the same for government. Based on their innovation, in the future, we may be able to become digital residents of distributed decentralized nations. You would not be organized under a government based solely on your location, but rather on your choice.

And even when division does not cause unity, it often leads to positive results.

When the Dodge brothers went their separate ways from Ford, they were left with a warehouse full of car parts. So they started a company which competed with their old business partner. This gave consumers more choice, improved the product, and brought down the price of cars.

Would anyone argue that Ford would have been right to forcibly keep them a part of his company? Would anyone blame the Dodge brothers for resisting such a tyrannical effort? When they no longer liked the deal they were getting from Ford, they terminated it.

There is no inherent reason why an increase in sovereign nations would cause more war and poverty.

Especially in the modern age, it is easier than ever to organize into voluntary groups online. So why do we need nation-states forcing us into groups against our will?

The power of individuals is increasing. Violence will only erupt if old world governments resist this growing autonomy of people, groups, and regions.