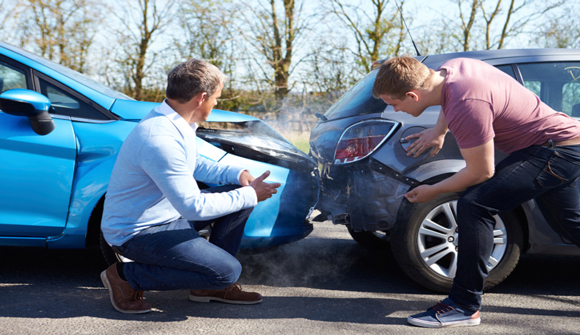 Behind the Mask of Altruism: Imperialism, Monsanto and the Gates Foundation in Africa … Since 2006, The Bill & Melinda Gates Foundation has funded the Alliance for a Green Revolution in Africa (AGRA) to the tune of almost $420 million. Activists from Zimbabwe, Nigeria, South Africa, Uganda, and Ethiopia recently attended the US-Africa Food Sovereignty Strategy Summit in Seattle to argue that the Foundation's strategy for agriculture in Africa is a flawed attempt to impose industrial agriculture at the expense of more ecologically sound approaches. – Global Research

Dominant Social Theme: Western-style Big Ag needs to spread around the world, even if it's driven by GMO innovation.

Free-Market Analysis: Africa is in the grip of a meme. We've called it "Africa Rising" before, and we've written numerous articles about it. We've compared Africa's progress to that of China and Japan – and showed that there seems to be a pattern between these three nations and the West, particularly the US.

You can see some articles here:

Our analysis rests on a trade mechanism that was tried in Japan in the mid-1980s and then possibly repeated with China. The idea with first China and then Japan, apparently, was to generate massive amounts of central bank money printing that would then be used to purchase US Treasuries.

The Asian money would in turn allow the US to continue subsidizing consumers throughout the US who would be directed toward overseas goods and services. Money revolved circularly, in other words.

The same sort of thing is now taking place, from what we can tell, in Africa. It has many facets, including a good deal of promotional material – articles and special features in mainstream media – plus considerable exposure on global media including facilities like the BBC.

The idea is to portray Africa as a single nation with vast untapped opportunities. As hundreds of billions pour into Africa in "aid" money and from Western hedge funds and mutual funds, etc., the next stage of the process takes place, which is full-on Westernization to the degree it can be accomplished.

The Westernization of Africa runs along the same lines as the installation of various Western financial systems and companies in China and Japan. Multinationals relocate offices, Western sociopolitical and economic processes are pursued and in the case of Africa, military conflict is engaged.

The result, over time, is to be an Africa, on the surface anyway, that resembles Western societies. The nation-states of Africa will come to resemble the "states" of the US while a federal monetary and fiscal strata is grafted onto an emergent federal technocracy.

In this article, excerpted above, we notice that Africa's farming culture is forcibly manipulated to create a model that is similar to Western "big agriculture" models.

Mariam Mayet of the African Centre for Biosafety in South Africa says that many countries are subsidizing farmers to buy fertilizer as part of the chemical-industrial model of agriculture, but that takes money away from public crop-breeding programmes that provide improved seeds to farmers at low cost. The Seattle Times quoted her as saying: "It's a system designed to benefit agribusinesses and not small-scale farmers." She added that so many institutions, from African governments to the World Bank, have 'embraced' the 'green revolution' that alternative farming methods are getting short shrift.

… Anna Goren of The Seattle Globalist reported that panelists at the Summit discussed the loss of traditional diets and ways of life and were also concerned about the increased reliance on expensive inputs and the dramatic drop in price of crops. This has resulted in poverty for the small farmer.

"What the World Bank has done, the International Monetary fund, what AGRA and Bill Gates are doing, it's actually pretty wrong. The farmer himself should not be starving".

He added that what AGRA is doing is "out of sync with the natural process" by bringing in imported seeds, which are not adapted to the land and require excessive fertilizer and pesticides.. AGRA is part of a global trend that is being driven by big agritech that seeks to eradicate the small farmer and undermine local economies and food sovereignty by subjecting countries to the vagaries of rigged global markets.

Giant agritech corporations like Monsanto with their patented seeds and associated chemical inputs are working to ensure a shift away from diversified agriculture that guarantees balanced local food production, the protection of people's livelihoods and environmental sustainability.

… The Gates Foundation, Monsanto and Western governments are placing African agriculture it in the hands of big agritech for private profit and strategic control under the pretext of helping the poor.

… The Gates Foundation has substantial shares in Monsanto. With Monsanto's active backing from the US State Department and the Gates Foundation's links with USAID , together they comprise a formidable geopolitical strategic force.

Given that the Gates Foundation is about to be hauled through the Indian legal system for its vaccination programme in that country and Monsanto has a decades' long track record of deception and criminality, it is important for everyone (not least the mainstream corporate media) to question why agriculture is being handed over to such entities.

"The West should invest in indigenous knowledge and agro-ecology, education and infrastructure and stand in solidarity with the food sovereignty movement." Daniel Maingi, Growth Partners for Africa.

This last statement sounds quite sensible, though there is a good deal of posted literature intended to refute it. Freakenomics, for instance, posted an article in 2011 explaining the inefficiency of small farming establishments. Here's an excerpt:

Implicit in the argument that local farming is better for the environment than industrial agriculture is an assumption that a "relocalized" food system can be just as efficient as today's modern farming. That assumption is simply wrong. Today's high crop yields and low costs reflect gains from specialization and trade, as well as scale and scope economies that would be forsaken under the food system that locavores endorse.

One can argue with this perspective, however, and in an article/interview published well over a decade ago – "The Case for Small Farms" – Peter M. Rosset, Ph.D. of "Food First" rebuts the "bigger is better" crowd. Here's an excerpt:

Here at the Institute for Food and Development Policy, we've reviewed the data from every country for which it's available, comparing the productivity of smaller farms versus larger farms. By productivity, I mean the total output of agricultural products per unit area — per acre or hectare.

For every country for which data is available, smaller farms are anywhere from 200 to 1,000 percent more productive per unit area. The myth of the greater productivity of larger farms stems in part from the confusing use of the term "yield" to measure productivity. Yield is how much of a single crop you can get per unit area — for example, bushels of soy beans per acre. That's a measure that's only relevant to monocultures.

A monoculture is when a single crop is grown in a field, rather than the kind of mixtures of crops and animals that small farmers have. When you grow one crop all by itself, you may get a lot of that one crop, but you're not using the ecological space – the land and water – very efficiently.

If one accepts these arguments, they may help explain why there's arguably a significant resurgence of small and moderate farming not just in Western countries but around the world. As usual, politics is central to the issue. Farming, like so many other things, must be brought into the 21st century. It must be corporatized and super-sized, even though there is continually emerging evidence that the 50-year-old Green Revolution did enormous harm to soil around the world.

The new approach to growing food is supposed to involve the limitless possibilities of GMO foods, but anyone who looks at Internet posts, especially in the alternative media, will likely notice an extreme concern and even anger over the kinds of foods that organizations like Monsanto are pioneering – and controversially so.

We turn once more to our VESTS model to ascertain what's actually taking place. Africa is the latest VESTS battleground. Western multinational technology and finance are on the march in Africa … but in the Internet era, these technologies are far more suspect than in the 20th century; meanwhile, those espousing small-scale, flexible solutions have access to an electronic printing press that did not exist 20 years ago.

We're not prepared to predict which side will win this enormous struggle (probably neither, entirely), but we can see that enormous money and social control hang in the balance. One thing we're certain of: Sustainable farming is a significant and potentially lucrative trend that continues to provide pushback to Big Ag.