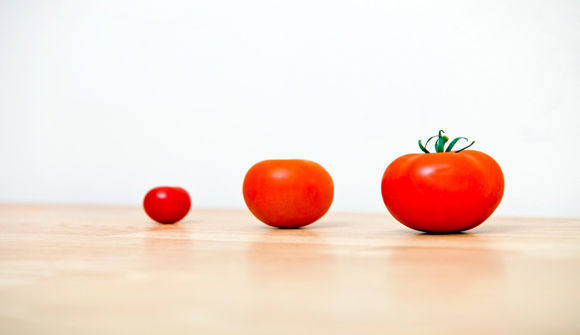 Whole Foods to roll out rankings for produce… Whole Foods plans to start rolling out a system that ranks fruits and vegetables as "good," ''better" or "best" based on the supplier's farming practices. Most notably, the supermarket chain says its "responsibly grown" labeling system for produce and flowers will prohibit the use of several common pesticides. The rankings will also take into account factors such as water and energy use. The program will start appearing in the nearly 400 Whole Foods stores in the U.S. and Canada starting Wednesday, with the rankings being noted on signs where prices are listed. Not all produce and flowers that Whole Foods sells will qualify. The standards were developed by Whole Foods and are not an official government designation. – AP

Free-Market Analysis: Are Whole Foods's actions regarding organic produce a sign that organic farming is being taken seriously at the corporate level?

Well … yes and no. Obviously, Whole Foods has made a serious commitment to "organic," but it is manipulating the sector as well. It is loading on a number of corollary features that its officials claim constitute a better brand of organic produce.

In fact, when one looks at the totality of the Whole Foods program, certain questions arise. Here's more:

Whole Foods is trying to draw a sharper distinction between itself and its competitors, in part by making shoppers feel more empowered about their purchasing decisions.

… Matt Rogers, global produce coordinator for Whole Foods, said the "responsibly grown" program is major push toward eliminating the use of certain pesticides that studies have indicated can be harmful to farm workers and children born to mothers exposed to them … He also noted it's intended to address other factors people care about, such as water use.

The program shouldn't result in higher prices for shoppers, but Rogers said such labeling typically helps boost sales because people feel better about what they're buying.

… To achieve a "good" rating, Whole Foods says suppliers also have to take 16 steps to "protect the air, soil, water and human health." The steps vary in difficultly, however. For instance, the first is that the supplier meets regulations regarding matters such as irrigation.

Whole Foods said suppliers will submit compliance information through an internal website. If the applications raise any red flags, the company may ask for more documentation or perform on-site audits.

The ratings system that Whole Foods employs seems tilted toward what we call dominant social themes – supposedly universal problems that are intended to shove Western middle classes toward internationalism.

There's no reason, in fact, why Whole Foods would emphasize protection of the "air, soil, water and human health" when it comes to organic food. In normal marketplaces, providers of goods and services tend to concentrate on the goods and services themselves. Trying to be a moral policeman is an expensive job.

So why does Whole Foods take it on? Because like other large corporations – and despite its own justifications – Whole Foods functions within an internationalist paradigm. This would not be the case, as we've pointed out, if corporations were not buttressed by judicial fiat. But then, corporations as we know them would likely cease to exist.

Whole Foods claims that its ratings system and enforcement will not add costs to its organic goods. But we hardly think, if the program is enforced, that such claims will prove accurate. The company has even announced the possibility of audits of its suppliers.

In a normal, competitive market, the issues that Whole Foods is supposedly concerned with would be dealt with at a local level by neighbors and other concerned citizens. There would be no reason for Whole Foods to interfere.

Whole Foods is attempting to enlarge the definition of what "organic" means. In fact, this is not necessarily a response to what the market is demanding. Consumers in their growing millions purchase organic food because they are worried about modern, green farming and its use of pesticides and other chemicals.

People likely don't buy organic foods because they are concerned about global warming or even about the diminishing levels of aquifers – at least not to begin with. Organic food will continue to grow as a sector whether or not organic farming is seen as "responsible." Euractiv.com, for instance, reported earlier this year, "Organic farming has grown rapidly" in the EU.

The organic farming sector has grown rapidly over the past ten years, to about 500,000 new hectares every year, according to EU statistics. Both the number of organic farm holdings and area grew by more than half between 2003 and 2010. In 2011, the European Union had 9.6 million hectares of organic farming land. The year before, there were more than 186,000 of such farms registered across the then 27-country bloc.

We need to note that the EU is infected with the same agenda as Whole Foods. The article goes on to mention that, "Organic farming is defined by the EU as 'food production which has a minimal impact on the environment by operating as naturally as possible.' "

In plain English this probably means that organic farms are probably being undercounted by the EU because certain farms may grow organic produce but not in ways that are approved by the EU.

In the US, meanwhile, the organic trend continues to blossom, as the Washington Post reported in late 2012. A post entitled "After a 70-year drop, small farms make a (small) comeback" provided the following statistics:

Between 2002 and 2007, the U.S. farm count rose 4 percent, reversing a long-standing decline. In fact, this is the first time that the overall number of farms has risen since 1935, when the Great Depression temporarily pushed many Americans back to the fields:

… During the 19th century, gains in U.S. food production mostly came from a rapid increase in the number of farms. Then, with the development of hybrid crops in the 1920s and the rise of new fertilizers and mechanized tools, farms became vastly more productive. Ever since, the U.S. farm count has been plunging.

… Over the past decade, however, that trend appears to have bottomed out and might even be reversing itself. Census data suggests that smaller farms are slowly making a comeback—perhaps driven by the $1 billion boom in local farmers' markets—while medium-large farms are dwindling.

Meanwhile, if this New York Times trend story is anything to go on, a growing number of young and college-educated students are now getting into farming.

From the above reporting and from the actions of the EU and Whole Foods as well, we can begin to see how various producers and distributors are handling the explosion of interest in organic farming.

What corporate elites apparently intend to do is to graft people´s quite understandable concern with eating properly to themes featuring global warming and carbon "pollution." It is perfectly possible that there will be an attempt to redefine the organic label away from food entirely. Yet the trouble with this approach is twofold: It will raise prices while degrading the organic product itself.

In the 20th century, this sort of manipulation would have worked a good deal better than today. Today, in fact – in this Internet era – people will probably gravitate to low cost, legitimate solutions if they cannot easily satisfy their needs at the corporate level.

Given that corporate solutions are complicating and even vitiating the meaning of "organic," there may eventually emerge two-tier production: smaller farms committed to growing "organic" food alongside a larger, corporate tier that is providing an "organic" label that may directly address actual consumer issues.

As we've mentioned before, this is a sector worth watching. How it evolves will shed further light on the success of corporate and elite priorities in the 21st century.