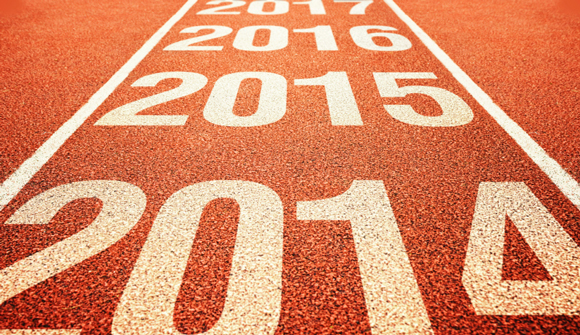 The Market Is Your Friend. Really: One Millennial's Advice to Peers … Dear fellow millennials, We need to talk about our approach to investing. A recent study by Moody's Analytics shows that U.S. adults under age 35 spend, in aggregate, 2% more than what they earn. This finding has been the subject of much hand-wringing about our generation, which is sometimes defined as anyone born from 1980 to 2000. But people are concerned for the wrong reason. Our savings isn't the problem; it's our attitude toward stocks. – Wall Street Journal

Dominant Social Theme: The stock market "melt-up" is real and getting hotter.

Free-Market Analysis: The Wall Street Journal recently published a passionate plea to young investors regarding the stock market. It is truly a remarkable statement. And in fact, it is only one of several recent editorials that have appeared recently that push such exposure. We last wrote about it about this increasingly evident dominant social theme here:

Party On: Reuters Predicts a Stock Market 'Melt Up' That May Last

The editorial was really quite significant because it addressed a fundamental question about our endless upward stock surge. It did so by moving up the "date certain" of the current "bull" market.

Here's how it was done:

There are many fundamental reasons for believing that stock markets may have embarked on a long-term bull market comparable to those in the 1950s and 1960s, or the 1980s and 1990s, and that this process is nearer its beginning than its end.

Such arguments have been discussed repeatedly in this column over the past 18 months — ever since the Standard & Poor's 500, the world's most important stock-market index, broke out of a 13-year trading range and started scaling new highs in March 2013. Wall Street has been setting records ever since.

Clever, eh? This market has been moving up since late 2009 and by any measure is ancient. But not if you create a brand new starting point! The market has gone up hugely since 2009 but somehow that vast gain has been turned into a "trading range."

It is really is uncanny. We are being asked to believe that the Anglosphere stock markets and the Dow in particular has only been manifest as a bull market since March of this past year …

And now comes this Wall Street Journal editorial building on the previous Reuters analysis. If we can cast out the previous five years of enormous gains as a "trading range," then this article makes more sense. Stocks are evidently at the beginning of a great upward surge.

This doesn't have to be hard. Discount brokers will let you open an account with less than $1,000. Invest what you can—$100 here, $200 there. An index fund like Vanguard Total Stock Market Index provides diverse exposure at minimal cost; the annual fee is 0.05%, or $5 for every $10,000 invested.

Keep a separate emergency fund so you won't need to sell stocks if the market is down. For investors in their 20s, putting 70% to 80% of your investible assets in stocks may be fine for money that isn't needed for decades. Putting the rest in bonds can provide a cushion. If you are at risk of panicking in a downturn—and many investors are—dial stocks down to a more comfortable level.

We're not the only generation to have our attitudes shaped by market woes. Baby boomers born in 1950 also came of age when the stock market was weak. What happened next? The market boomed in the 1980s and 1990s. As much as time is on our side, history is not.

The above sounds fairly well reasoned until you dig a little deeper. Depending on whose evaluation of price inflation you believe, stock -market gains adjusted for inflation may not give you a great deal of additional leverage. You may merely have kept, if that, with central bank monetary debasement.

At least the article has the honesty to point out that downturns can be significant. What the article doesn't tell you is that the average person, especially later in life, faced with a stock market crash that has halved the value of his investments, will have a great deal of psychological difficulty leaving those depreciated investments untouched.

So we have difficulty with this sudden spate of optimism regarding stocks. Our calculations place the beginnings of the current "bull" market in late 2009, no matter the "trading range."

Yet markets are so manipulated that anything is possible. And maybe we'll have to realign the end-date of our Wall Street Party, which we figured might arrive as soon as next year.

Nonetheless, no matter the end-date, the real money is made by identifying elite investment trends, especially in the IPO area. Obviously, here at The Daily Bell we've suggested that the emergent cannabis marketplace provides the possibility of a tremendous upside.

We certainly follow this expanding dominant social theme with some fascination. A stock market some six years old is being re-dated and mainstream editorialists are urging younger generations to become involved. The next great equity surge is on the horizon.

Please, no … Let's retain a clear-eyed view. One can take advantage of the evident manipulation without becoming a victim of the larger dominant social theme. We've suggested that people retain certain kinds of stock market exposure – especially hedged ones – but we've also made it clear that we don't believe the larger meme.

"Investing" in stock is only worthwhile so long as the "manipulators" are willing to proceed. There will come a time when they do not. And then there will be all sorts of other explanations floated. You, dear reader, will not of course believe the hype. And hopefully you will be long gone with your profits before the inevitable crash.

It is coming, sooner or later it is coming. In the meantime, indeed, there are profits to be made. And perhaps for a longer period than we have estimated, if we are to believe this latest blossoming meme.