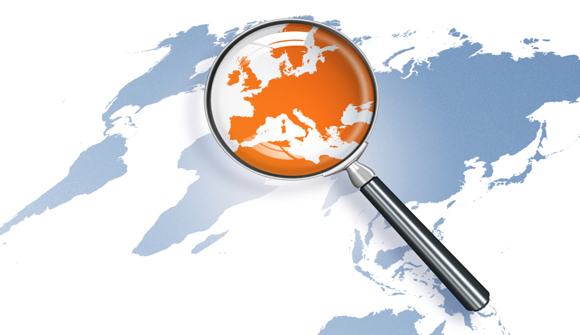 Will the Next Recession Destroy Europe? … The initial hardline posturing on both sides of the Greek debt stand-off is already moderating. This latest European crisis can be resolved and, as I recently explained, most likely will be. Yet don't be overly optimistic about the euro area's longer-term chances of survival. The hash that the European Union has made of this latest Greek emergency, a small and relatively tractable issue, tells you those chances aren't good. Imagine another bad recession. The euro area in its present form couldn't hope to survive. Even now, after all that's happened, the EU's leaders can't bring themselves to think about this. Perhaps they're assuming that another bad recession won't ever happen. That's the kind of foresight that built the single currency. – Bloomberg

Free-Market Analysis: In the other article in this issue, we've analyzed the dialectic now taking hold between Greece and the EU. We pointed out that the EU may be trying to control negotiations as best it can but that these negotiations are disruptive nonetheless and presumably the Brussels bureaucracy would rather not have embarked on them.

The larger question – the one that lingers – is what happens after the Greek palaver concludes. This Bloomberg opinion piece tries to address that issue in a surprisingly honest way.

Greece is not the problem – or shouldn't be, anyway. It can be managed because it's a small country and because no other euro member country is in nearly so much trouble. The resources necessary to restore its prospects are relatively small; and a new debt settlement for Greece needn't serve as a template for other debt-relief supplicants. Greece can plausibly be presented as a one-off.

There's good justification for that, in fact. The country's previous debt restructuring was bungled. It wasn't big enough to restore solvency – Greece's government debt is still more than 170 percent of GDP – and the relief, such as it was, came with draconian fiscal conditions that stomped on an economy already on its back. The coming Greek settlement should be thought of as correcting those errors, a second chance to get things right, not as a precedent-setting innovation.

Having predicted the negotiations will provide a satisfactory near-term conclusion, the article asks the larger question, which is actually the most pertinent one: Can Europe survive the current trends of "low inflation and high unemployment"?

The article goes on to predict that a European QE will not prove as "effective" as the one that took place in the US. (Of course, even the QE in the US is subject to question as the US's vaunted recovery continues to stagnate.)

The speculation here is that "another severe downturn" might further destabilize what is left of the European economy. "That exposes the EU to bigger-than-normal risks of financial accidents."

It is true, in fact, that there are not many options available via monetary policy. Interest rates are at the zero bound and other tools available to the ECB are far more limited than those that the Fed can use. Additionally, there is a good deal of antipathy in Germany to even the modest QE program that the ECB has embarked upon.

The other option is fiscal stimulus, or pump-priming. But this is currently out of the question because such Keynesian remedies are the property of nation-states and the EU remains a confederation not a nation.

The article then provides us with its most interesting section, the conclusion. It bluntly admits that it would be difficult at this point to build a closer union because of the current unpopularity of the dream of "European unity." In other words, the belief is lacking.

We've been predicting this for years now. The combination of the Internet – which has enlightened Europeans about the chicanery and manipulation of the EU's expansion – and the insularity of European "tribes" that will support empire-building aspirations only so long as they are domestically profitable, is making it most difficult for Brussels' to expand its brief.

The article tells us, in fact, "the commitment to European solidarity, invoked down the years to motivate the whole project, has all but vanished." That's a big admission.

Now, it could be that European leaders are yet desirous of a larger catastrophe that will lead the way to a closer union (as they themselves have stated), but it is surely just as likely at this point that such a strategy would operate differently in this Internet era, pushing EU members further apart.

This may even seem a more likely scenario and it is one that would have a knock-off effect on other economies around the world. We've often speculated that the trigger to a worldwide economic meltdown might lie with the Chinese, but it surely could come from the EU as well.

These are the potential consequences with which the modern financial environment is fraught. The world is in a delicate place, and here at The Daily Bell we have introduced readers to a portfolio of programs to help you cope. Tangible assets, second homes overseas and various kinds of asset protection are all available for those who anticipate further turbulence ahead.