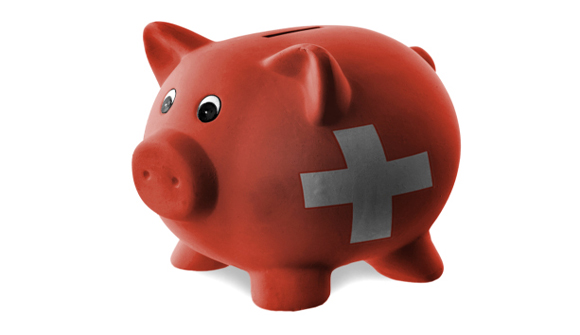 The long-established and noble rule of Law, one of the greatest products of the character and tradition of British history, has suffered a deadly blow. Blackmail has become respectable. ~ Robert G. Menzies

Switzerland and its banks have been in the news a lot over the past few years. Lately, it has gotten even worse. Living in Switzerland and running a company in the wealth management 'arena' (emphasis added), does at times feel as if Switzerland were under siege.

The latest attacks by the US Justice Department, which ultimately resulted in the breakup of Wegelin, the oldest private bank of Switzerland, do create a considerable level of aggravation. I will refrain from commenting on the details of the Wegelin situation, or the general and dubious assault on Swiss banks here. However, I do want to emphasize the following fact to our international readers and clients: Banking secrecy was not founded on the premise of tax evasion. And, privacy is NOT illegal!

Swiss Banks, and Switzerland, in the Crosshairs of America

The Wegelin story is one that raises many questions. Some are related to the power of the media. Some relate to the rule of law. How far are bankrupt countries allowed to go in their pursuit of tax revenue?

Nothing has been proven and no one has gone to court. Nevertheless, a solid private bank like Wegelin, founded in 1741, can be driven to the point of surrender by the mere announcement of lawsuits, investigations, IRS penalties and criminal charges, and without a court ruling or proof of crime. Furthermore, the US froze Wegelin's US dollar remittances in the US. Few international banks can live without the capacity of making and receiving USD-denominated payments. Many of Wegelin's institutional clients, out of fear of frozen USD assets or out of concern that they would be left out of USD foreign exchange transactions, were leaving the bank in droves.

In response, Wegelin decided to split off the non-US business and sold that part of Wegelin to Raiffeisen Group. US clients remain in Wegelin. Their names are not being handed over to the US. Wegelin is going to fight in court. Hopefully, rule of law will exist there, in the realm of US courts. We shall see.

Anyone who understands anything about wealth preservation and asset protection also understands the importance of privacy. It is primarily privacy that protects you from the intrusions of frivolous lawsuits, greedy attorneys and other predators. Asset protection laws and structures are only the second line of defense. A good asset protection plan should aim at first avoiding, or at least minimizing, exposure and visibility.

What this DOES NOT mean is that you must break any laws. To the contrary, we recommend doing your offshore planning compliantly. However, in reading the newspapers, one could come to the conclusion that privacy is criminal. It is not. Governments around the world are running into fiscal problems, particularly the governments of Germany, the United Kingdom and America. Thus, they are setting off on an aggressive hunt for tax money, increasingly employing methods that are at the limit, if not beyond, legality.

When your government acts 'above the law' it is time for serious planning. In the absence of rule of law, the most fundamental prerequisite of a functioning free country is undermined. At that stage, protecting your freedom and your property within that country becomes a gamble. Privacy and property are in jeopardy and need to be protected OUTSIDE of your country.

This is the point where you enter the realm of offshore (i.e., international) wealth management and tax planning. A few principles in this context must be understood by all, no matter which jurisdiction one comes from:

• Safekeeping and investing assets offshore – in other words, outside of the borders of your country – per se is NOT illegal. What may be required, though, is regular reporting of those assets, depending on where and how your assets are deposited and managed abroad. Not declaring assets held overseas is what can get you into trouble.

• Making 'offshore' (i.e., international) arrangements for the deposit and management of your assets does not mean that you can thereby leave the tax rules of your country of residence behind. They will generally apply elsewhere, too. Therefore, one should aim at implementing an offshore plan that achieves asset protection and privacy in compliance with the rules of one's country of residence.

• The purpose of privacy is to protect the wellbeing and fortune of you and your family. Privacy does not necessarily require a numbered account, though. It starts with your going about your affairs 'quietly,' particularly in jurisdictions with a high level of litigation. It is important to keep a low profile if interested in avoiding unnecessary risk exposure.

• Privacy amongst tax authorities within a country that is fiscally bankrupt will generally not exist. Countries like those mentioned earlier have given up such privacy protection long ago. Banks, accountants and other financial professionals have, to a large degree, become tax agents. The transparent citizen has become the norm. This has become a fact of life already or will be the common denominator across indebted countries in the near future.

The answer is a clear and simple yes. Don't let anyone tell you otherwise. Nevertheless, the question is justified. In fact, and unfortunately, I know of several additional Swiss banks that have now decided to no longer accept American clients. Some of them will even send American clients away, whether or not those clients declared their account in their tax returns.

However, there are several good banks, asset managers and insurance companies that do accept American clients, including BFI Wealth Management, which will continue to work with American clients to open bank accounts, manage assets and diversify their wealth internationally.