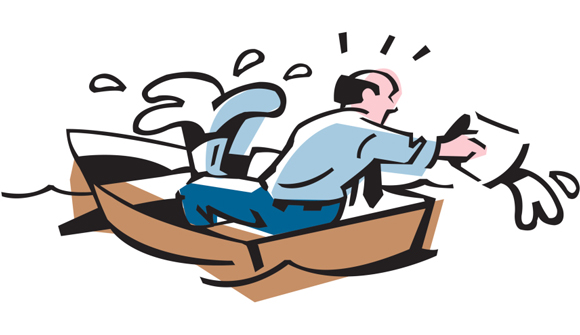 Greece presents bailout plans to EU finance ministers … Greece's anti-austerity government is presenting its first concrete proposals for an alternative debt plan at an emergency meeting of eurozone finance ministers in Brussels. The government wants to overhaul 30% of its bailout obligations, replacing them with a 10-point plan of reforms. But EU ministers have warned that Greece must abide by existing terms. – BBC

Dominant Social Theme: There is no hope. The lines are irretrievably drawn.

Free-Market Analysis: We begin to see a pattern here. As always, we are led to believe the crisis is unavoidable and the horror is about to descend.

And then at the last minute, or even after the last minute, the bureaucrats somehow manage to resolve their differences. Some government leader or other is proclaimed a hero and the mainstream media rejoices.

In this case, news broke late in the day that talks had "broken down." According to the Financial Times, the two sides (Greece and EU ministers) had not been able to agree on a "way forward."

Eurozone finance ministers' first attempt to grapple with the bailout demands made by the new Greek government broke down in recriminations after the two sides failed even to agree a way to take negotiations forward after six hours of talks in Brussels.

Jeroen Dijsselbloem, the Dutch finance minister who chairs the committee of his 18 colleagues, said that while he had hoped a blueprint for future talks could have been agreed at the session, no negotiations were scheduled ahead of a self-imposed deadline to reach agreement on a bailout extension by Monday.

This seems like a movie we've seen before. These constant cliff-hangers are part and parcel of the negotiating process. It surely seems like a meme of sorts, or sub-meme. The contentiousness is necessary to ensure that all eyes are on Brussels and everyone gets the message that if you work in a government job, the fate of millions may hang on your actions and statements.

Often, the breakthroughs eventually come; usually they seem to take place at expensive hotels or fancy restaurants where the derring-do of clashing swords has been replaced by the soft swoon of damask napkins and the clinking of flatware on china as rare viands are consumed.

Verbiage is, of course, adjusted by scribes and the newest program is announced as the final one. This time they've got it right. Is this latest Grexit pandemonium going to end on a similar note?

We've heard and read about the doom and gloom. The EU itself is perched on a precipice. But will this sudden, swift and concise "plan" remove the EU from its jeopardy? Here's more:

The EU-IMF bailout for the debt-laden country expires on 28 February and Greece does not want it extended. Instead the new Athens government is asking for a "bridge agreement" that will enable it to stay afloat until it can agree a new four-year reform plan with its EU creditors.

Thousands of left-wing demonstrators have rallied in Athens in support of their government's proposition. Prime Minister Alexis Tsipras's government won a confidence vote on Tuesday, with the support of 162 deputies in the 300-seat parliament.

… At a joint press conference on Wednesday, OECD head Angel Gurria told Mr Tsipras that his organisation would "work with Greece in getting growth back not only on the books but also… to the Greek citizens."

… However a swift deal with the EU is considered unlikely. Most finance ministers – including Germany's Wolfgang Schaeuble – are insisting that Greece must not renege on its bailout conditions. Speaking ahead of the Eurogroup meeting, its president, Jeroen Dijsselbloem, said he did not expect a deal with Greece on Wednesday but that the group would listen to Greece's ideas.

And thus, perhaps … there is hope glimmering through the mire. The article goes on to tell us that the head of the IMF, Christine Lagarde, "praised Greek officials as 'competent,' but warned that reaching an agreement would take time."

The first full summit to discuss the plan is expected on Thursday (though this now seems to have shifted to Monday). In the meantime, the rhetoric remains fraught. Finance Minister Yanis Varoufakis has been quoted as saying, "If you are not willing to even contemplate a rift, then you are not negotiating."

Additionally, there have been reports that Greece is flirting with China and Russia, though overtures so far have not been described as "serious."

A sense of déjà vu? This begins to emerge as a more extreme form of what has come before. The threats are louder, the remedies more extreme – but the outcome may be seen as more of the same. Some sort of "agreement" may eventually be patched together and the new Greek regime will claim a great victory.

The Greek solution – if that occurs – may then be extended to Spain, Italy, etc. The idea will be that Brussels has made great compromises. The aim may be to palliate the masses who are supposed to believe that this time their anger and desperation has been acknowledged.

In such a case there would certainly be a temporary surcease of the worst of the rage – at least until it becomes evident that the same problems remain.

There is a dialectic here. It is playing out. Perhaps it is not a dialectic that the Eurocrats desired. Perhaps it is one that they have only reluctantly decided to manage. But if we are correct, no matter the outcome, we will hear determined cries for a political union to supersede Europe's current economic one.

This is indeed how things work. From chaos, order. And if so, it will be the "little people" that suffer. A reconfiguration of the EU would be a radical step, indeed – and one that would shake the world's current rickety financial structure.

We urge people to pay attention to these events. An empire the size of Charlemagne's lies in the balance. The fallout, no matter the outcome, will prove significant. One needs to put one's affairs in order. Perhaps one of the solutions we have introduced to our readers will meet your needs. Review them here.