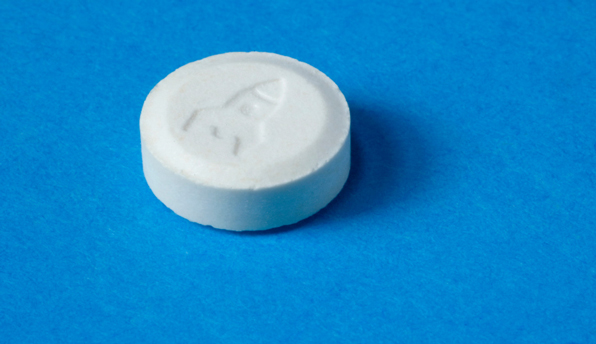 Cannabis / Marijuana, STAFF NEWS & ANALYSIS
Drug Legalization: A Meme That Continues to Be in Play
By Staff News & Analysis - June 18, 2014

In an ongoing effort to bridge the gap between the GOP and minority voters, Sen. Rand Paul (R-Ky.) deviated from traditional party lines during a speech at the Iowa State Republican Party Convention Saturday, criticizing racist drug policies in the United States and calling for the restoration of voting rights for ex-convicts. – Huffington Post

Dominant Social Theme: Lock 'em up and throw away the key …

Free-Market Analysis: We offer this analysis as further proof that the meme we've discerned regarding the legalization of drugs – all drugs – remains in play.

Context is important, and so we note that Rand Paul's perspective on drug legalization founds its way into the Huffington Post, now owned by AOL. We've already pointed out that Rand Paul may be a favored presidential candidate and this is a twofer: He receives significant coverage, and he does so for suggesting a provocative public policy.

This isn't just marijuana that Paul is discussing: It's a wide gamut of drugs. Here's more:

After conceding that his position may not "bring everybody together" and establishing that "drugs are a scourge," Paul continued: "I also think it's a problem to lock people up for 10 and 15 and 20 years for youthful mistakes. If you look at the War on Drugs, three out of four people in prison are black or brown. White kids are doing it too. In fact, if you look at all the surveys, white kids do it just as much as black and brown kids — but the prisons are full of black and brown kids because they don't get a good attorney, they live in poverty, it's easier to arrest them than to go to the suburbs."

… The likely 2016 presidential contender, who previously compared federal drug laws to the racist policies of the Jim Crow era, also criticized the GOP for failing to live up to its platform emphasis on family values. "If we're the party of family values, in 1980 there were 200,000 kids with a dad in prison. There's now two million," Paul said, calling on Judeo-Christian conservatives to set policies by the principle of redemption.

"Should a 19-year-old kid get a second chance? I think yes," Paul added. He also urged Republicans to channel a more compassionate approach toward young offenders, including the restoration of voting rights for reformed convicts.

We've already indicated we are not sure why the drug legalization meme is getting increasingly wide play, but we can see it building.

We have suggested it's a good counterintuitive strategy. Even as society grows increasingly authoritarian, the drumbeat of drug legalization works in counterpoint to make the creeping corporatism less apparent.

The opinions regarding drug legalization are being offered in numerous places these days. Rand Paul receives coverage from a policy standpoint. But Rupert Murdoch's Sky News covers the perspective of a mother who has lost a child:

Mourning Mum In Calls To Legalise Drugs … A single mother who lost her only child after she took MDMA is calling for drugs to be legalised and regulated. Martha Fernback was just 15 when she died after swallowing half a gram of the powder – better known as ecstasy – in July last year.

A verdict of accidental death was recorded at Oxford Coroner's Court after a short hearing. In a statement following her daughter's inquest, Anne-Marie Cockburn said: "It has been 328 days since my precious girl was safely by my side. "Martha wanted to get high, she didn't want to die – no parent wants either, but one of those is preferable to the other. I wish Martha was sitting her GCSEs alongside her friends at school right now. I wish the drug education she received had enabled her to make a more fully informed decision, instead of leaving her so vulnerable and in danger.

"I would like to meet with Theresa May, Norman Baker and Yvette Cooper to start a sensible dialogue for change, from prohibition to strict and responsible regulation of recreational drugs."

Notice Ms. Cockburn uses the right terminology – recreational drugs. We don't doubt her sincerity or her grief, but certainly this is how memes evolve, isn't it? A child dies and the parent immediately begins to promote a specific public policy. Happens all the time when it comes to "gun control."

The article makes a lot of points that we find perfectly reasonable, of course. Ms. Cockburn's poor daughter died in part because the dose of the drug she took was exceptionally pure. Ms. Cockburn's point is that if such a drug is properly regulated, then dosages would not vary so much. This is, of course, a problem when it comes to heroin as well. Unexpected purity of heroin is often implicated in the deaths of users.

"Had Martha been able to access drugs that had been legally produced and labelled accordingly, she would have been able to make a more informed decision – in fact, I'd go as far as to say that she might still be alive." The inquest heard how the MDMA powder that Martha took was 91% pure and doctors found that the concentration of the drug in her blood was "very high". The hearing was told that the purity level would normally be around 58%.

In this article, we've provided yet two more examples of mainstream messages on drug legalization. From a libertarian standpoint we find the trend encouraging, though from a trend-analysis standpoint we're aware that it seems to be an elite dominant social theme.

Perhaps the biggest reason that internationalists are interested in advancing it has to do with a quest for problems that have a truly global scale. Global warming, the war on terror and now an evolving approach to drugs all present issues that cut across regions and even continents.

This is why we've indicated that the UN will eventually be involved in this drug recalibration and why the timeline seems to have been moved up.

And of course, from an investment standpoint, understanding the legalization not just of marijuana but other drugs as well, may offer significant opportunities for those who are looking for the Next Big Thing.

Not everyone will be pleased with the idea of drug legalization. But it's our considered opinion that this is a meme "in play."