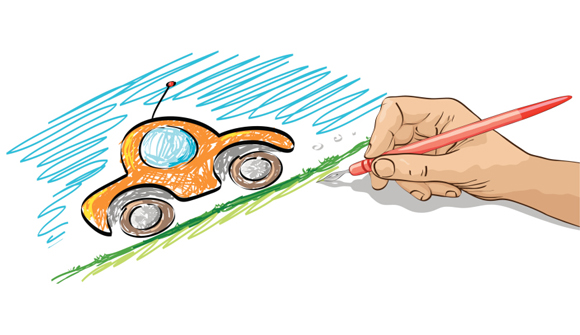 Cannabis / Marijuana, STAFF NEWS & ANALYSIS
Tesla's Musk Continues to Restyle Himself as a Tech Visionary. But Why?
By Staff News & Analysis - March 18, 2015

Elon Musk: cars you can drive will eventually be outlawed … Tesla co-founder and CEO Elon Musk believes that cars you can control will eventually be outlawed in favor of ones that are controlled by robots. The simple explanation: Musk believes computers will do a much better job than us to the point where, statistically, humans would be a liability on roadways. – The Verge

Dominant Social Theme: Musk is a genius and Tesla is a "buy."

Free-Market Analysis: Elon Musk is not your normal car company executive. Perhaps he's interested in the fundamentals of his auto enterprise but he's also given to making big pronouncements, ones that are increasingly futuristic.

We recall he had ideas about building a "hyperloop" mass transit system that would go faster than a Japanese bullet train. He also has made numerous statements about going to Mars (and establishing the Internet there as well via network of satellites) and he's very interested in the idea of a driverless car.

This last issue is a strange one because the Tesla brand is designed to offer cars that are sporty and fun to drive. Musk seems sometimes to talk at cross purposes to his product.

Is there a reason for that? Perhaps … First, a little more from the article:

"I don't think we have to worry about autonomous cars, because that's sort of like a narrow form of AI," Musk told NVidia co-founder and CEO Jen-Hsun Huang at the technology company's annual developers conference today.

"It would be like an elevator. They used to have elevator operators, and then we developed some simple circuitry to have elevators just automatically come to the floor that you're at … the car is going to be just like that." So what happens when we get there? Musk said that the obvious move is to outlaw driving cars. "It's too dangerous," Musk said. "You can't have a person driving a two-ton death machine."

Musk goes on to predict it will take a while to realize his vision. "Self-driving cars would take 20 years to replace regular cars," he says, though he is confident they will arrive. As a result, he's already added "self-driving features to its cars, but is working on technology that will let the car drive itself completely."

An "autopilot" mode introduced for the Model S will do things like change speed, brake, and keep you in the correct lanes using on-board sensors. The next logical step is combining that with highway driving and navigation features to let the car drive the driver. In an interview last October, Musk said models the company was working on for this year would be "90 percent capable of autopilot."

Why is Musk moving in such a futuristic direction so hurriedly? It's possible that such futurism is designed to disguise Tesla's current questionable financial performance. Tesla has been branded as the hope of the automotive world when it comes to electric cars. However, lately, Tesla hasn't been living up to its promise.

No less than investment guru Jim Cramer has become a critic of Tesla. Back in early February, Cramer took aim at Tesla and its financials in an article entitled, "Clean up your act, Musk—Tesla's a total disaster!"

Cramer – not the subtlest of analysts – claimed that Tesla was headed for his "wall of shame."

Cramer has always referred to Tesla as a "cult stock." Those are stocks that remain difficult to value, because they do not trade on earnings or traditional measurements used to value stocks. Instead, they trade on how snazzy the last press release was.

That meant that to believe in Tesla, investors couldn't hold it accountable for its bottom line. Investors would have to believe that the car would do better than the competition, and the CEO would lead the charge for the company and allow it to flourish.

… Cramer's dreams were crushed in practically every aspect after listening to Musk's conference call … The company missed the mark on sales, earnings and cash flow and guidance. It is swimming in debt, with a negative $455 million cash flow.

There were other issues that Cramer expanded on, including Musk's comparison of Tesla to Apple. "Musk confirmed that it will be spending staggering amounts of money on capital expenditures." Cramer asked, "Where the heck is this money going to come from?"

This is a good question. And it may be one reason why Musk has restyled himself as a futuristic tech visionary rather than as the CEO of an electric car company. By positioning himself as tech visionary, Musk may be making an effort to avoid being caught up in what looks to be a very difficult journey ahead for Tesla.

Rather than being the CEO of a failed car company, Musk wants to be seen as a practical dreamer who almost realized one of the most difficult dreams of all.

Musk has certainly brought Tesla a long way. But his predictions are increasingly extreme and his rhetoric seems almost fanciful rather than grounded in the near-term realities of bringing Tesla to the next level.

The company may stagger on for a while longer but given its capital needs, Musk probably will have to do something significant from a revenue standpoint. The current asset inflation is providing him with buoyancy, but who knows how long that will last?

Contrast Tesla – a darling "alternative" investment – with the cannabis enterprises that we've been writing about here at The Daily Bell. Cannabis is neither especially capital intensive nor will producers have to search for a market – medical marijuana is a fast-growing field with a many-thousand-year history.

Speculative stocks like Tesla get much of the media attention but there are modestly sized cannabis enterprises that are well-positioned to take advantage of the upcoming, worldwide legalization and decriminalization. Surely there are better small-company opportunities for those who know where to find them.