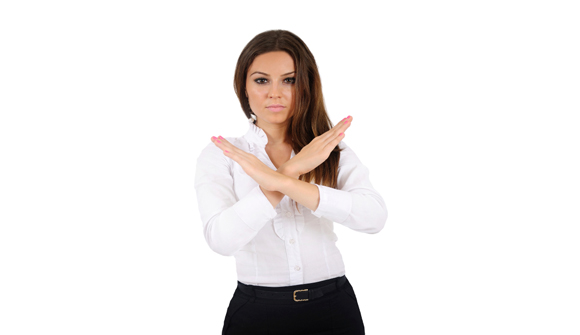 The Washington Post published an interesting editorial yesterday, entitled "What kind of president would Obama be in second term?" I have my own thoughts, but let's take a quick look at this article, which provides us with a serious, even scholarly, set of questions and prognostications.

At the end of this editorial, I'll provide an action point that people can take advantage of regarding the election. But first, we'll review how Obama and his challenger, Mitt Romney, might act if in power over the next four years. The Post article is a great jumping-off place.

The article begins by pointing out that even if people think they know who Barack Obama is and what he stands for, the big question remains, "How would the experience of his first term inform and shape a second?"

We also learn that Obama seems on his way to answer this question as he has a slight lead, according to most polls. Mitt Romney has continued to fight hard but I agree that Obama is likely to win. He is obviously the establishment candidate and the power elite that apparently placed him in office doesn't want him to leave with his job half done.

Now that the article has set the stage, there are still more questions to ask. Here, from the article:

Would he become what he promised in 2008 but was not in his first term, a leader with the talents to guide a divided political system to a consensus on the country's most intractable problems?

Would the scars from a series of bitter fights with Republicans make him more or less inclined to make compromises he might have made in his first term?

What would animate him in a second term?

What would he pursue for his legacy?

We learn that Obama has "expressed confidence that, as a newly reelected president, he could produce the grand bargain with congressional Republicans on a plan to deal with the federal deficit that he could not reach in the summer of 2011." Another priority will be immigration reform, which not even President George W. Bush was able to accomplish.

Neither the "grand bargain" nor immigration reform were much discussed by Obama during the campaign. In fact, the Post confides, Obama, like Romney, "has a five-point plan." It includes: more jobs, expanding domestic energy, adding money for education and training, reducing the US war budget and redirecting the US infrastructure.

It is explained that these sorts of goals – especially the rarely stated goals of immigration reform and deficit reduction – are part of what his advisers call "Obama's political DNA." In other words, Obama is a compromiser and a reasonable man and will govern even more in this style in his next term.

The article follows up this observation with a portrayal of Republicans as disputing this perspective. For Republicans, Obama is an "ideologically driven, big-government liberal whose ambitions all point left, and they think that a second term would bring more."

It will be up to Obama to define how he will work with the Republicans if he wins again. Will it be a repeat of the first four years, a term that was surely steeped in acrimony?

Here, there is some good news amidst the bad, from the Post's perspective. While running a surprisingly "hard-edged" campaign, Hurricane Sandy gave the incumbent a chance to make a plea for more cooperation between the two parties.

In fact, we learn, "New Jersey Gov. Chris Christie (R), who has been one of the president's harshest critics, has become Obama's protector, offering praise for the way he has responded to the storm."

The Post ends on a doubtful note. It is impossible to ascertain how Obama will act during a second term but one thing is certain: If he wins, "he will have a second chance to show what he is all about."

You can see from this recitation that the Post editorial writer is fairly undecided about how Obama will perform during a second term. I am not nearly so uncertain. In fact, I will go so far as to say I can predict how BOTH candidates will react were they to win (or regain) the White House. Let us consider the similarities between them, as follows:

In practice, citizens of the US will become angrier, poorer and less secure in their privacy and property. Even when it comes to precious metals, the end result will be similar.

It is really too bad that these ended up being the US's two main choices. But really, one has to admit that even were someone like constitutionalist Congressman Ron Paul to have been elected, the structure of Leviathan would be resistant to any change.

The US is basically run by a larger power elite based not just in the US but also in the City of London, the Vatican and Tel Aviv. In fact, the country and its wars are part of a larger, quickening elite effort to create world government.

And so, again, nothing will change. The US will continue to be a morally, spiritually and financially bankrupt entity – one spiraling down toward the bottom of a slide greased with fiat money and militarism promoted by powerful entities intent on further degrading what is left of US exceptionalism.

Action point: Those who want to make a difference via the election process would do well to avoid voting and encourage others to do the same. The first step to taking back whatever is still good in the "US" is to withdraw one's approval of what's now taking place.