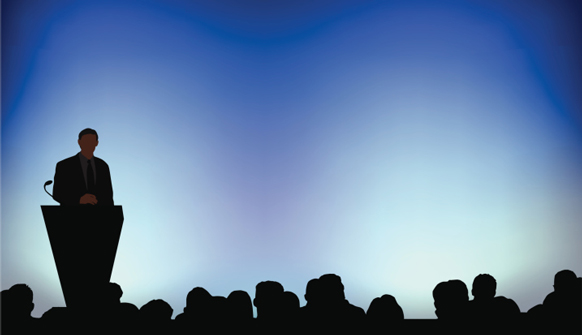 I noticed an article by David Stockman, "Central Banks Are Now Uncorking The Delirium Phase," and I want to comment on it because he shed light on some of the same conclusions we've come to regarding this ongoing "Wall Street Party."

Stockman also makes a case for what we call VESTS – a strategy of investing that includes an analysis of elite goals promoted by a variety of dominant social themes and central bank strategies.

I think it's important to note this because our VESTS model is a kind of outlier, nothing that would ever be suggested by the mainstream media. Yet Stockman comes close to enunciating it – and that's about as close to a mainstream endorsement as we're going to get.

Certainly, David Stockman is a sophisticated observer of the financial scene. He was a Republican U.S. Representative from the state of Michigan (1977–1981) and Director of the Office of Management and Budget (1981–1985) under President Ronald Reagan.

He runs a well-received blog, "David Stockman's Contra Corner," where he posted this article. Let's go through it.

The SNB is a timely target, of course, because the Swiss just rejected a referendum that likely would have placed a gold floor under the Swiss franc and put the SNB under an affirmative obligation to hold at least 20 percent of its assets in gold.

The SNB, freed from the specter of creating a Swiss franc that would be "good as gold," has reacted to the referendum in words and deeds that show clearly that its officials have every intention of continuing to debase the franc relative to the euro.

The idea is that debased money will ensure the solvency of Swiss exports – a kind of rationale for "directed history" in our view. Around the world, money debases for a variety of reasons and the SNB reason is simply another justification for a policy that is aimed broadly at middle classes.

Internalize that the modern central banking system is not aimed at enhancing the modern prosperity of the modern nation-state but quite the reverse and you come closer to the real reasons why the system has been constructed as it has.

Always, throughout history, elites have been at war with the larger mass of citizenry, and today is no exception. The central banking system we operate under is one that regularly initiates ruinous asset inflations and subsequent collapses – further centralizing wealth in fewer and fewer hands.

Stockman's commentary on the current machinations of the SNB is illuminating in this regard – as he explains the mechanism and its results. Regarding the SNB, he points out that "the once and former pillar of monetary rectitude, the SNB, has gone all-in for money printing. Indeed, it now aims to become the BOJ on steroids—-a monetary Godzilla."

He explains that deposits are now subject to a shocking "negative 25 bps … with the Swiss Central bank — a maneuver that is designed to drive Swiss Libor into the realm of negative interest rates as well."

For Stockman, this move is just another step in the SNB's "long-standing campaign to put a floor under the Swiss Franc at 120. That means effectively that it stands ready to print enough francs to purchase any and all euros (and other currencies) on offer without limit."

Stockman then expands on his observations, pointing out that the SNB's case is illuminating when compared to the SNB's previous reputation for probity.

… During the last 80 months, the SNB's balance sheet has soared from 100B CHF to 530B CHF—a 5X explosion that would make Bernanke envious. Better still, a balance sheet which stood at 20% of Swiss GDP in early 2008—now towers at a world record 80% of the alpine nation's total output. Kuroda-san, with a balance sheet at 50% of Japan's GDP, can only pine for the efficiency of the SNB's printing presses.

… As per the usual Keynesian folly, this is all being done in the name of protecting Switzerland's fabled export industries.

Let's see. During the most recent year, Switzerland did export $265 billion of goods, representing an impressive 41% of GDP. But then again, it also imported $250 billion of stuff. Accordingly, for every dollar of watches, ball point pens, (Logitech) mouses, top-end pharmaceuticals and state of the art high speed elevators it exported, it imported 95 cents worth of petroleum, raw and intermediate materials, semi-finished components and expensive German cars.

… Now why in the world would any rational investor want to get massively long the squabbling, dissembling monetary crackpots who run the ECB and the even worse gang of self-serving parasites who urge them on from Brussels? Needless to say, that question doesn't require much contemplation. The fact is, the SNB's crazy money printing scheme to throttle CHF appreciation is just plain irrational.

… In short, the central banks of the world are embroiled in a group-think mania so extreme and irrational that it puts one in mind of the spasm of witchcraft trials that erupted in the Massachusetts Bay Colony nearly four centuries ago. As a practical matter, this mania amounts to a race to the currency bottom and the final extinguishment of the price discovery mechanism in every financial market on the planet.

Flying blind, the financial markets are thus bubbling–in the delirium phase—-like never before. That is, until they don't.

This is a great concluding paragraph that buttresses our own conclusions regarding the current Wall Street Party – that it will continue until it doesn't. It could end tomorrow or next week or next month or in a year or two, or even more. Anyone forecasting a timeline is taking a guess.

Stockman is predictably critical. "Add Thomas J. Jordan, Chairman of the SNB and PhD economist, to the rogue's gallery of financial arsonists who are setting up the global financial system for a fiery conflagration."

And here is the really important statement: "To nearly every last man and woman, these central bankers are now daily espousing pure monetary rubbish, making up theories as they go along to justify an out of control spiral of debt monetization and extreme interest rate repression."

What a statement! It is an alternative way of explaining what we call "dominant social themes." The justifications for current policies are just that, justifications. There is no logic to them any more than there is logic to central banking generally.

Bottom line: Modern monopoly central banking is price fixing. It distorts economies by force and enriches a handful of elite controllers at the expense of the rest of society. It's a kind of directed history in fact that offers up rationales after the fact to explain what was done for other reasons to begin with.

Stockman takes on the deflation myth as well. We've been writing about that a lot. There is no deflation that we can see in Europe or in the rest of the West. Stockman's take: "To reprise, there is no 'deflation' threat whatsoever in the Eurozone. It's just made-up chatter among the financial apparatchiks based on the fact that the long-suffering citizens of these countries are finally enjoying a moment of price stability."

And here is yet another beautiful line: "Stated differently, the ECB is fixing to unleash a new round of QE based on mere ritual incantation."

Ritual incantation! We'll have to include that one along with our own "directed history." Always explanations are trotted out – ritualistically. They have little or nothing to do with what has actually been decided on for other reasons entirely.

I'm thankful to live and invest during this Internet Reformation era because it gives me a far better sense of the trends and patterns that are present the world over when it comes to investing.

I've seen for myself how currencies, commodities and whole stock markets are manipulated via perfectly legitimate and legal policies – those put in place by the power of central banking as coordinated by the BIS. But peer under the current of "ritualistic" incantations and you can begin to make out a larger pattern of currency debasement and cyclical consolidation.

That's why we developed the idea of VESTS, which tries to track financial developments within the context of elite "directed history." One has to decide how successful various elite dominant social themes are going to be and then determine whether one wants to invest in them – or against them. (Or just sit on the sidelines.)

In this article, Stockman comes close to presenting a kind of VESTS analysis. No surprise there. In the 21st century, this approach seems both reasonable and logical.