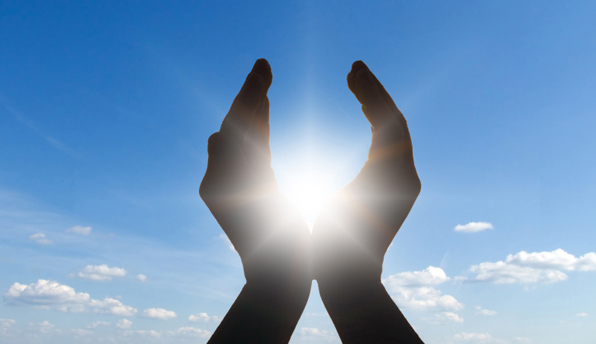 Yellen continues to garner good press. We are not surprised. This is Janet Yellen's honeymoon phase. As we have written previously, she ought to enjoy it while she can.

The US media is making it easy for Ms. Yellen to appreciate her press. Almost three weeks since becoming Fed Chairman, Janet Yellen is joining fellow G-20 finance ministers and central bankers this weekend to discuss financial and economic issues. On the menu: declining emerging markets on concern over softer economic growth.

Yellen's participation is being set up as a test of her "leadership." A host of difficulties are being mentioned in the mainstream press that she must somehow resolve. According to Bloomberg, "Yellen Leads Fed Damned Every Way by Emerging Market Angst."

The idea is that if she debases the dollar by printing lots of them, developing countries like Brazil accuse US officials of attacking their balance of trade. But when Yellen prints less money – "tightens" – developing countries complain that she is not paying enough attention to the effects of slower dollar production around the world.

The Bloomberg article goes on to laud her resolve in the face of all this complaining. The idea, once again, is that Yellen is tough enough and canny enough to navigate her institution through choppy waters. Here's how they put it:

What's not changed is her response: A well-managed U.S. economy benefits the world and other central banks have tools to support their own economies. That's disappointing counterparts such as India's Raghuram Rajan and Gill Marcus of South Africa, who criticized the lack of a synchronized global monetary policy as developing-nation currencies suffer their worst start to a year since 2010.

The Fed's "job is not to make policy for India, it's to make policy for the U.S.," said Joseph Gagnon, a senior fellow at the Peterson Institute for International Economics in Washington and a former Fed economist. "Blaming other people for their problems isn't very helpful."

This is actually an entirely spurious answer. The US, via its military might, has created a world order where other nation-states are forced to hold dollars in order to buy oil. The Saudis and other Middle Eastern countries won't sell oil for anything other than dollars. And the Middle East, even today, is controlled by what we call the Anglosphere – British and US interests.

When Gagnon says that, "blaming other people … isn't helpful," he'd have a point if the proverbial playing field was even. But it's not. The US can print almost as many dollars as it wants, and in order to fund its wars and welfare state it consistently creates more dollars than the economy can absorb.

Through various kinds of arm-twisting, the Fed and its backers then attempt to ensure that dollars do not circulate but remain confined to bank and government coffers. Eventually, despite the Fed's best efforts, dollars WILL circulate, causing considerable price inflation, maybe a kind of hyper-inflation.

This is why we have in past articles indicated that Yellen is being set up to fail. It's a bit like Russian roulette … only she has reached the pinnacle of her success exactly at the wrong time.

For now, the plaudits keep pouring in. Here's something from a recent Time magazine article, following Yellen's appearance at Congress.

Janet Yellen's testimony on Capitol Hill was a resounding success. She was poised, confident in her decisions, and clear about her intentions at the Federal Reserve. But it was not so much what she said as what was behind it that makes it a tour-de-force performance and shows us that our monetary policy is in the hands of a capable leader.

After some initial tumult, the market has come to accept the scaling back of the Fed's bond-buying program and can even see the many benefits of a taper: higher interest rates will discourage excessive borrowing, prevent the formation of new asset bubbles, and stabilize our economic growth at a realistic level that is fueled by real value creation and not the availability of cheap money.

… What Yellen recognizes is that the most powerful tool in the Fed's toolbox is its credibility. In order for monetary policy to work at all, it is imperative that the markets believe what the Chairman of the Fed says, and be able to rely on the guidance that the Fed gives to price securities.

… Yellen knows that even if she has to reverse course later this year, she is better off doing it in response to undeniable market conditions (when a reversal will be expected anyway) than doing it on a whim now, which would damage the Fed's credibility in the eyes of investors and make its future guidance ineffective.

… Only time will tell whether Yellen's assessment of the current state of our economy is correct, but she is definitely right about policy.

Yellen isn't "right" about policy. In fact, while there is "monetary policy" there shouldn't be. Monetary policy means setting the price and volume of money by force. There's no choice about what the Fed decides. It's a form of price fixing, and price fixing never works.

What Yellen is doing is following a script. The controlled media then writes about her reaction to the limited choices she has as if her decisions were brilliant, though they are not.

This is what's called "directed history." Yellen really doesn't have much to do but make some rather basic decisions – ones that will inevitably prove to be wrong. They cannot be right, as she has no forward-looking indicators she can trust. It's instructive to see how the media covers her actions; we are left with the impression that Western prosperity hangs in the balance, and is based on the wisdom of her choices.

We see this sort of faux-reporting in so many other places, as well. Most recently, we are seeing it as regards the blossoming marijuana industry. We are being led to believe that the decline of prohibition is due to the hurly burly of democracy when obviously it is not. The power elite that has orchestrated Yellen's central banking charade is gradually allowing marijuana legalization around the world.

In other articles, we've described how this is working and the way that the industry will move from decriminalization to legalization and then to licensing and regulation that will result in the dominance of only the largest multinationals.

Because we understand the game and how to decipher the elite's dominant social themes, we understand the current marijuana opportunity and also the critical nature of the timing necessary to get in and get out profitably. We are pursuing marijuana as a business opportunity and intend to be big enough to survive the initial shakeouts. Then we shall see how to pursue the business.

Perhaps you can generate a measure of profitability that will compensate you for Ms. Yellen's stewardship over the coming, inevitable price inflation.