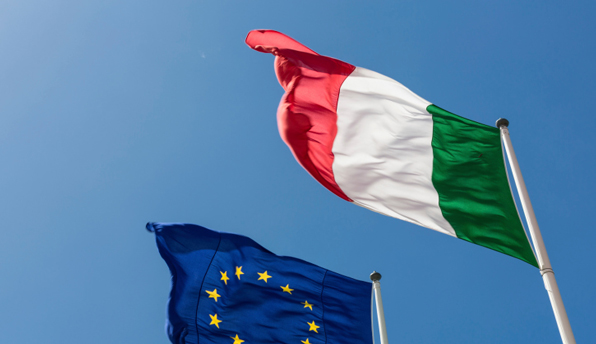 EDITORIAL
EU Plotted to Take Down Berlusconi – How Did We Know?
By Anthony Wile - May 17, 2014

The UK Telegraph has published an article entitled, "EU officials plotted IMF attack to bring rebellious Italy to its knees."

The crux of the article is that Tim Geithner, in his book Stress Test: Reflections on Financial Crises, reveals that top EU officials approached him in November 2011 about getting rid of Silvio Berlusconi, Italy's then-elected leader.

"They wanted us to refuse to back IMF loans to Italy as long as he refused to go," he writes. Geithner told them this was unthinkable. The US could not misuse the machinery of the IMF to settle political disputes in this way. "We can't have his blood on our hands."

This was not news to our readers.

Below, I reproduce part of a Daily Bell post from 2012 entitled "Does Berlusconin Matter to the EU?" that predicts just what Geithner has revealed …

Ambrose Evans-Pritchard, who wrote the UK Telegraph article, finds this revelation shocking. In fact, he calls it a "constitutional scandal of the first order." He must not have been reading The Daily Bell at the time.

Here's more from his article:

This concurs with we knew at the time about the backroom maneuvers, and the action in the bond markets. It is a constitutional scandal of the first order.

These officials decided for themselves that the sanctity of monetary union entitled them to overrule the parliamentary process, that means justify the end. It is the definition of a monetary dictatorship.

Mr Berlusconi has demanded a parliamentary inquiry. "It's a clear violation of democratic rules and an assault on the sovereignty of our country. The plot is an extremely serious news which confirms what I've been saying for a long time," he said.

There has been a drip-drip of revelations. Italy's former member on the ECB's executive board, Lorenzo Bini-Smaghi, suggested in his book last summer that the decision to topple Berlusconi (and replace him with ex-EU commissioner Mario Monti) was taken after he started threatening a return to the Lira in meetings with EU leaders.

I have always found the incident bizarre. Italy had previously been held up an example of virtue, one of the very few EMU states then near primary budget surplus. It was not in serious breach of deficit rules. It was in crisis in the Autumn of 2011 because the ECB had raised rates twice and triggered what was to become a deep double-dip recession.

… Something must be done to hold accountable those responsible for the fateful error of launching monetary union, and for the chronic mismanagement of the project thereafter.

We are told that the euro crisis is now over. I do not see how one can safely reach that conclusion when Italy and Portugal are contracting again, and France is back to zero growth; or when lowflation/deflation is causing the debt trajectories of Southern Europe to spiral ever higher; all against a background of G2 monetary tightening in the US and China. There will be another spasm to this crisis.

So who will Europe's elites topple next, and what other conspiracies will they hatch to perpetuate a monetary venture that serves no worthwhile moral purpose? They must be stopped.

It would be nice to think "they" will be stopped. But as we've often pointed out, change will likely not come from dramatic confrontations but via what we call the Internet Reformation, which is educating people individually about elite manipulations and "directed history" generally.

It is this knowledge that – when applied – provides insights into power elite machinations and allows anticipation of them and the adoption of a defensive strategy as well. That's how we were able to analyze what was going on with Berlusconi. Here's what we wrote on December 19, 2012:

The dominant social theme here, so far as we are concerned, is that "Berlusconi is not fit to run Italy." We continue to have a feeling that the power elite that, in our view, wants to run the world is not comfortable with Berlusconi. Monti was their first choice. It hasn't worked out.

But Berlusconi has been subject to unprecedented legal and press attacks. Can this be any coincidence? If Berlusconi actually does become prime minister again, one wonders what statement this is making.

Did the powers-that-be running Europe decide to make the best of a bad situation? Or is Berlusconi running in spite of the disapproval of the top men of Europe? We note he is coming out in favor of the ECB assuming more power but in a sense this could be mere verbiage. There are certain things he has to say.

Is Berlusconi on the "outs" with the powers-that-be? … If Berlusconi isn't fully on board with the European experiment, his re-election, if that occurs, could have a significant impact on the EU's future.

Simply by applying assumptions about elite operations, we were able to tell that Berlusconi has been subject to "unprecedented attacks." Reading the tea leaves, we could see that he was probably on the "outs" with the powers-that-be.

The globalists running the West have a fairly simple agenda involving an ever-closer international union. Once one accepts that it exists, it is fairly easy to extrapolate its ramifications. Whether it is military, political or economic, a sense of the larger elite "playbook" often allows one to make fairly accurate predictions about what is about to occur.

Apply this to investment opportunities and you end up with what I've called the "Wall Street Party." It's obvious that banking elites are forcing up the market in a variety of ways, using regulatory facilities as well as monetary inflation to try to ensure stocks keep advancing despite a weak economy.

I personally understand this gambit because I'm well aware that the end game is a truly global currency built out of a basket of national currencies and perhaps gold as well. In order to get to this place, there will have to be a good deal of pain – and that pain is between a year and two years away now.

In the interregnum, I intend to keep creating equity operations that will have success prior to whatever it is that they have planned. The timing is always a speculative in such situations, but I'm confident that there will be enough warning to allow us to work within comfortable margins.

Our track record, I'd have to say, is pretty good. And over the next year or so, it should get even better.