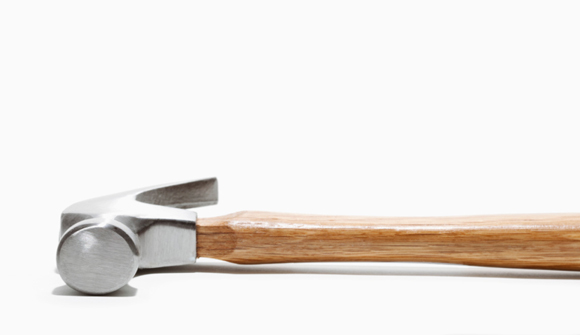 EDITORIAL
Obama's Hammer and the Progress of The Daily Bell
By Anthony Wile - November 10, 2012

The New York Times is out with a political article, "Question for the Victor: How Far Do You Push?"

The Times points out that President Obama has obtained a second chance to fix a country on the "wrong track." The electorate has renewed his "contract" … "We have picked ourselves up. We have fought our way back," Barack Obama is quoted as saying after his close victory.

The Times article then develops some detail about what President Obama will face over the next four years. Here's something from the article:

Mr. Obama emerges from a scalding campaign and a four-year education in the realities of Washington a far different figure from the man sent to the White House in 2008. What faces him in this next stage of his journey are not overinflated expectations of partisan, racial and global healing, but granular negotiations over spending cuts and tax increases plus a looming showdown with Iran.

Few if any expect him to seriously change Washington anymore; most voters just seemed to want him to make it function. His remarkable personal story and trailblazing role are just a vague backdrop at this point to a campaign that often seemed to lack a singular, overriding mission beyond stopping his challenger from taking the country in another direction.

More seasoned and scarred, less prone to grandiosity and perhaps even less idealistic, Mr. Obama returns for a second term with a Congress still at least partly controlled by an opposition party that will claim a mandate of its own. He will have to choose between conciliation and confrontation, or find a way to toggle back and forth between the two.

Of course, I would question the idea that Barack Obama is less idealistic these days. I don't think he ever was idealistic. All of his records are embargoed, down to kindergarten. No one has ever explained the strange scars on his head.

His birth certificate seems a forgery. There are even factual issues with the books he wrote prior to becoming US President. Some say the books were ghostwritten. His biggest late-term accomplishment – the killing of Osama bin Laden – remains controversial with many in the alternative media convinced bin Laden died long ago.

This doesn't exactly sound like an idealistic person. Again, what comes across about Obama is that he seems manufactured rather than genuine, a person who has for some reason been lifted up by the globalist power elite in order to promote further internationalism. There's plenty of speculation he was directly affiliated with the CIA before becoming president.

The New York Times article goes on to ask, "Will he be more pugnacious and more willing to swing for the fences on domestic issues, judicial appointments and so forth?"

This is the real question, in my estimation. The article quotes several high level pols as expressing the hope that Obama's re-election will set the stage for "bi-partisanship" but I personally can't see that happening, in part because I don't believe that Obama is interested in it. It's not on his agenda.

Ilya Sheyman, the campaign director of MoveOn.org, said Mr. Obama's base would be hungry for action, not accommodation. "We see the president's re-election as a precondition for progress and not progress in itself," he said.

Likewise, Lorella Praeli, director of advocacy and policy for the United We Dream Network, a group advocating for young immigrants, said her members would push Mr. Obama to revamp the immigration system. "We will hold the president accountable not only on his promise on legislative relief, but also what he can do administratively," she said.

Mr. Obama seemed to address this tension in the closing speeches of his campaign. "I want to see more cooperation in Washington," he said in Mentor, Ohio. "But if the price of peace in Washington" means slashing student aid, reversing his health care program or cutting people from Medicaid, he added, "that's not a price I'll pay."

This is the direction I see President Obama headed. Call it "directed history." He is going to use his "mandate" to be more not less confrontational in a variety of areas. I've already listed his general predilections in a previous article. You can read it here: "Best Way to Make a Difference in Today's Vote."

In the article I listed certain similarities between Obama and challenger Mitt Romney, as follows:

In practice, citizens of the US will become angrier, poorer and less secure in their privacy and property.

I don't see any reason to revise this analysis. In fact, I tend to believe that Obama will become even more stridently globalist in his second term. Things will move quickly.

On the home front, I see a renewed effort on "immigration reform," which simply means that it will be a lot easier to immigrate into the US from Mexico. This is a prelude, as I see it, to what has been called a North American Union between Mexico, Canada and the US.

On the economic front, I expect Obama to continue to support the overtly inflationist policies of the Fed that are destroying the middle class in the US. From the standpoint of international policy, I think Obama will become even more stridently militaristic and interventionist.

None of this really has anything to do with serving his so-called base. The base is merely a pretext to continue to undermine the US economy while using the military to build up globalist goals.

Because of this, over time, even Obama's biggest supporters are going to become progressively more disillusioned with him. We've already focused in other Daily Bell articles on how the base of the GOP – a libertarian base in many ways – has become progressively more disillusioned with the GOP. This process is now occurring within Democratic ranks as well.

We've asked how the system can tolerate US$5,000 gold and answered that it probably can't. I'm not sure the system can withstand a large-scale turning away from political parties, either. But that seems to be what's going on.

If both the political and economic legs of the US republic's three-legged "stool" are eroding, that leaves one sturdy leg, the US military. There's no doubt in my mind that as political consensus continues to erode and the US economy continues to grow worse in many ways that the powers-that-be will lean more and more on US civil and military policing to provide "social glue."

The US, under Obama's next four years, may become increasingly militarized and even more aggressive, if that's possible, from an interventionist standpoint. It is possible in four years time we may not recognize what the US has become.

On a brighter note, let me add that here at The Daily Bell we intend to counteract these trends with a bit of homegrown human action. The soon-to-be-unveiled new version of The Daily Bell will offer cutting-edge solutions designed to help you survive and even thrive in an increasingly challenging world.

As part of this package of solutions, we'll be unveiling our first freedom and investment conference tentatively scheduled to be held this coming October in Davos, Switzerland. Details will be forthcoming when the new multilingual Daily Bell is launched.

Obama's re-election may presage darker days but it's my conviction that the truth telling of the responsible element of the alternative media and the Internet Reformation itself offers hope beyond measure.

These are challenging times, to be sure, but I remain optimistic. Human action is a powerful antidote to depression. Accomplishment is preferable to inertia. We're not going to rest. Neither are you.