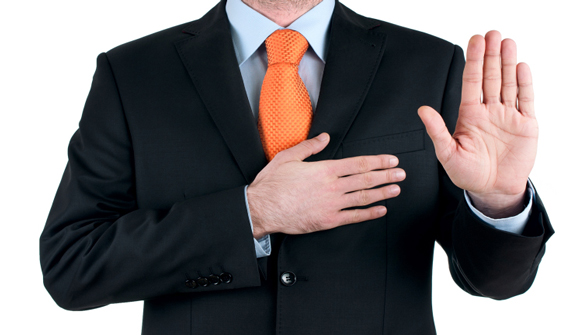 Here at The Daily Bell we've pioneered a way of reporting on the big picture. We've focused on how the Internet is a "game changer" via what we call the Internet Reformation and created a new way of looking at financial information using dominant social themes from the standpoint of investment perceptions and reality.

But now we have the ability to go further … to travel beyond the news headlines. We're very pleased with the SEC's recent decision to remove its "general solicitation" ban because it will allow entrepreneurs a good deal more flexibility when it comes to generating business ventures and additional jobs.

And we intend to do our part to publicize what has been called the "startup ecosystem." As we organize around this new development, we intend to build upon the insights we've presented in High Alert and its VESTS analysis to provide a good deal of coverage regarding market evolutions as a result of this latest regulatory decision.

Our perspective of the collision between promotional elements of dominant social themes and what's available on the Internet has never been more pertinent. We think that's a pretty good spot to be in.

These are indeed exciting times and much will be written about upcoming regulatory evolutions. Here's how Forbes presented it:

Until today's developments, fundraising solicitations were still limited by outdated legislation from 1932. You could tell people about your deal, but only if you had a pre-existing relationship with them. That more or less limits your options to your family, work colleagues and maybe your distant cousin Vinny. Updated guidelines that acknowledge our increasingly global economy have been long overdue.

… Picture this – you're attempting to raise $250,000 to bring a consumer product to market, but no one you know has that kind of capital. Meanwhile, a few former Best Buy executives on the other side of the country are on the lookout for the next big thing. How in the world would you connect to them?

The answer is you probably wouldn't, and therein lies the challenge. Capital raising has been parochial at best and often limited to those with substantial (and affluent) social networks.

Lifting the ban on General Solicitation will allow a company to cast a much wider net to announce their fundraising intentions. For many entrepreneurs this could mean the difference between launching their business and just ditching the idea altogether.

… On a larger scale, we're talking about unlocking a phenomenal amount of dormant capital amongst hundreds of thousands of potential investors. We're also giving startups a fighting chance at syndicating their deal beyond a limited group of traditional angel investors. It's a game changer in the real sense of the word, and it doesn't come along often. It's why we have spent the last few years building Fundable to help solve this problem, and we're not alone.

Forbes is not alone, of course. And we intend to do our part to add vitality to what will surely occur by publicizing the opportunities that will become available, and by helping people act on them.

I'm not going to thank the SEC, however. They're just recognizing reality. It would be my perception that the SEC's hand has been forced by the emergence of the Internet, which is broadcasting a variety of investment opportunities no matter what the rules say, and by the generally lousy economic conditions that prevail in the US and the West.

The Forbes article makes some additional comments on the changes in current law having to do with the JOBS Act and what's not yet been acted on:

The second part of the JOBS Act that is far more complicated is the ability to allow non-accredited investors to make investments. This is complicated for a few reasons, among them the fact that startups will most likely have to register their offering more like a public offering and not just by having a fancy PowerPoint. There will be legal costs, accounting costs and other costs revolving around compliance …

This limits the intended audience to the estimated 3.4MM individuals who qualify as accredited investors in the U.S. Though we eagerly await the day that the public at large is enabled to invest in startups, today's developments have opened up this relatively untapped market by now allowing individuals and businesses to publicly seek capital from accredited investors around the country.

So … we've made some progress, but not enough.

Investments can be publicized but you still may not be able to act on them. This part of the Nanny State is still up and functioning, though some of the walls have been breached. Nonetheless, we're excited about what's occurred and, like Forbes, we believe that this rule change is just a harbinger of more changes on the regulatory front.

As free-market thinkers, we are well aware that with more opportunities come more risks and that markets generally operate within a caveat emptor context. Thus, when economies become more vibrant, the private sector will begin to sort through what's available in order to provide consumers with necessary information.

Here at The Daily Bell, we're positioned to be an honest broker within this emergent market and we'll do our best to fulfill this role in terms of consulting, advisory work and by providing other resources as necessary. We'll certainly make the most of this opportunity on behalf of readers and those who wish to actively advance their interests within the context of the avenues now presenting themselves.

We'll do our best to keep faith with you and to be the same honest broker that we've been regarding the news and analysis that we've provided all along. We're not changing … just getting better. And bigger. So stay tuned.