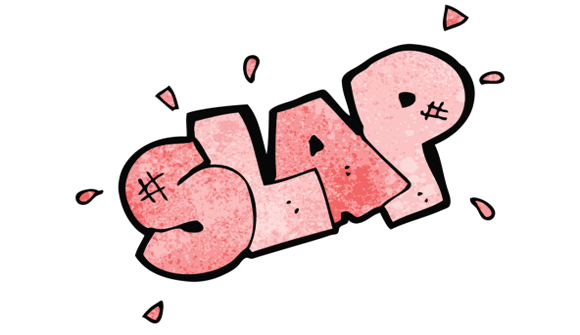 EDITORIAL
The Invisible Hand Strikes Back
By Anthony Wile - December 29, 2012

Bloomberg has posted an article entitled "Americans Miss $200 Billion [by] Abandoning Stocks" that is presumably supposed to illustrate the folly of avoiding equities but in my view merely illustrates the difficulty of sustaining this meme.

And make no mistake, it IS a meme.

The idea that one can simply buy and hold equities like family heirlooms was always suspect and is more-so now. That's because people simply cannot internalize the reality of a failing economy and a booming stock market. The cognitive dissonance makes them wary.

Thanks to what we call the Internet Reformation, many people are much savvier about how the market works and the way the economy behaves. Such individuals are not apt to assume that the US recession is over just because the mainstream media proclaims it is so. They are nervous and not easily willing to dump large amounts of cash into the stock market.

Who can blame them?

This doesn't stop Bloomberg from launching articles like this one. The idea of course – the dominant social theme if you will – is that investing is frightening but those with a strong stomach can become wealthy if they just "stay the course." Here's more:

Americans have missed out on almost $200 billion of stock gains as they drained money from the market in the past four years, haunted by the financial crisis …

The retreat shows that even the biggest gain since 1998 failed to heal investor confidence after the financial collapse that wiped out $11 trillion in U.S. equity value was followed by record price swings in equities, a market breakdown that briefly erased $862 billion in share value and the slowest recovery from a recession since World War II. Individuals are withdrawing money as political leaders struggle to avert budget cuts that threaten to throw the economy into a new slump.

"Our biggest liability in the stock market has been the total destruction to confidence," James Paulsen, the chief investment strategist at Minneapolis-based Wells Capital Management, which oversees about $325 billion, said in a telephone interview. "There's just so much evidence of this recovery broadening." …

Individuals have also seen evidence that computerized trading is making stock markets less reliable. An equity rout temporarily sent the Dow down almost 1,000 points on May 6, 2010, causing investors to question the stability of market mechanics and the effectiveness of regulators.

Botched IPOs for Facebook Inc. (FB) and Bats Global Markets Inc. earlier this year led to concern about trading and exchange technology, while Knight Capital Group Inc. nearly went out of business in August after it bombarded U.S. equity exchanges with erroneous orders in the wake of improperly installed software that malfunctioned.

"Whether it's the flash crash, the low-growth economy, unemployment, uncertainty about jobs — those things just don't engender any desire to risk money," Walter "Bucky" Hellwig, who helps manage $17 billion of assets at BB&T Wealth Management in Birmingham, Alabama, said in a phone interview. "Investors say: The stock market? I don't have a clue as to how it works anymore."

Those who have organized modern equity markets have no one to blame but themselves. While certain stocks (especially small stocks) may offer legitimate promise, the larger marketplace is seen as unreliable. Too much has been passed off as legitimate that is not.

And many investors have internalized the disconnect between the economy and stock market performance. The Federal Reserve's tremendous money printing has boosted stock prices over the past four years, but this has only illustrated the control that the elites exercise over investment activities.

Facebook was the big story of 2012, but its wretched overpricing and downright weird business model had investors scratching their heads. The suspicion that US intelligence agencies had a hand in both the IPO and the company itself didn't help Facebook's cause.

The Flash Crash received a good bit of attention, making investors aware – as they had never been before – of how quickly stock valuations could change. But it's really quantitative easing that is the outstanding issue – the one that Bloomberg chooses to present without properly explaining the mechanism.

There is generally a great deal of talk about how stock markets and stocks themselves are value-oriented investments. But what is clear to many people is how close the market came to a meltdown in 2007-2008. The system proved a good deal more fragile than people have been led to expect.

Couple that with the Fed's ongoing money-printing that has literally doubled equity values and you get increasing resistance to the whole idea of stock investing. First people are frightened by the breakdown of the system itself and then they are exposed to ongoing – "industrial strength" – monetary manipulation.

What do those in the industry expect? What do elites that have built up the modern stock market believe people will do with their money? People "get it" … and not in a good way. The Age of Promotion is waning in the setting of a waxing monetary expansion that was aided and abetted by mainstream media misdirection for decades. Too bad.

Once the Great Depression hit, people gradually stopped investing in stocks. Even after World War II, there was no appreciable action in US equities. NYSE officials ended up going on road shows in the 1950s to tout the benefits of stocks and stock-market investing.

At the time, the markets were ripe for US stocks. The US dominated the world, which had been mostly destroyed by the war. US industry was ascending and US power was at an all time high. People who invested in stocks were amply rewarded.

That's simply not the case today. US debt is in the tens, even hundreds, of trillions. The dollar itself is increasingly looked upon with suspicion around the world and its reserve status may be in jeopardy.

Perhaps most questionable from an investment standpoint is the money that has already been released by central banks in order to stimulate the economy. Much of this currency remains trapped in bank coffers, but it will circulate eventually.

The circulation of these trillions will cause tremendous price inflation – that will in turn result in significant interest rate hikes. As in the 1970s, these rate hikes will damp the recovery (to put it mildly), and stock prices as well.

I haven't even touched on the so-called fiscal cliff, which I believe will be resolved one way or another without the entirety of its tax-and-spend burden being implemented. But it, too, illustrates just how vulnerable equities are to outside political forces and their potential impact on the economy.

The past five years have shown investors clearly that stocks are NOT the proverbial "sure thing." There are good stocks, of course. There are good investments.

But this Bloomberg article is focusing on the wrong argument. The powers-that-be may wish to encourage stock investing, but reminding people of how far down the markets have traveled, and how extensively they have been manipulated by central bankers is not the way to do it.

The road to recovery for many kinds of equities will be a long and hard one. Even gold and silver stocks will struggle. The problem is that reality has caught up to the promotion. The market itself has struck back.

Of course, one can argue, as we do, that the current US stock behavior – and modern downturns – have been in a sense planned by the powers-that-be for a variety of reasons, mostly having to do with impending global governance. But it is also obvious that Money Power seeks a continual "buy in" to the systems it has created and implemented.

This time, people aren't buying. Despite all their power, the elites are still at the mercy of the Invisible Hand and the natural laws that govern us all. It will be nice to watch the Internet Reformation swing the pendulum back in the direction of truth.