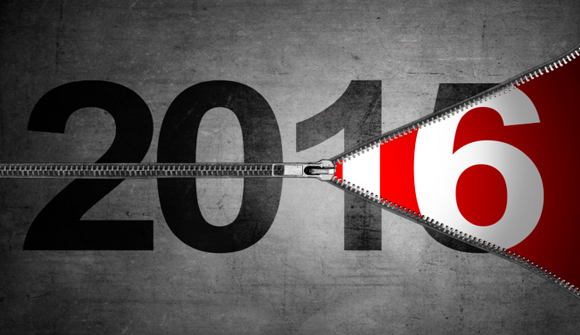 In this issue I wish to remind our readers of the "big three" trends that drove much of the news in 2015 and doubtless will be prime motivators in 2016.

These include war, monetary debasement and media coverups. When historians – if they still exist – look back on the 20th and 21st centuries they will identify this trilogy of disasters as the motivators of the current epoch.

With the world's economy hanging by a thread and the Middle East ablaze, one would think the media – the fourth estate – would attempt to provide a realistic assessment of what is taking place.

Instead, the mainstream media supinely parrots the talking points of political leaders who in turn present what they are told by their military counterparts and intelligence agencies.

In fact, it is intelligence agencies that seem to run the world and the only question left, really, is who runs intel? In that case, surely, one can "follow the money."

If one were to create a linear ascension of memes, the basic one would be economic debasement because that is the condition that in large part gives rise to wars. It is the degradation of the economic environment that demands "enemies of the state." Indeed, in the good times, at least recently, it seems hard to generate a rousing war with significant popular support.

The meme of economic debasement is different than the reality, to be sure. The reality is that in simplest terms central banks fix the volume and value of currency and this gives rise to tremendous booms and busts. Over time the economic system becomes more detached from what would evolve without manipulation and debasement. Finally, the system simply falls apart. We seem to be in the latter stages of debasement currently.

But for those who have organized the system, the end result cannot be tolerated because it would bring into question too much else. There is a significant possibility that World War II was fought in part to distract the populace from its growing disillusion. And likewise the myriad wars in the Middle East may be generated in large part to distract the West from coming implosions.

The wars in the Middle East may have more to do with economics than politics, but there are powerful reasons not to admit it. And thus the justifications that are presented tend to focus the public on completely different reasons. Often these reasons are evidently spurious and fall apart on examination, as happened regarding Iraq.

The justifications for something that elites do not want to admit are what we call memes. And as mentioned above, they would not be effective without the compliance of the mainstream media.

It is really not so strange to contemplate such compliance, as the same individuals and groups that are involved in foisting the central bank economy on the world are those that have ownership of the mainstream media, which is increasingly concentrated in fewer hands.

If one does not believe the world is teetering on the brink, then the above analysis will not make sense. But if one believes, as we do, that the world's economic situation is fairly dire, then what flows out of it, the wars and media memes, becomes comprehensible and even predictable.

One can fit other events into the larger pattern. Even the move toward cashless societies, as we have observed, may have more to do with preserving bank options to run below the zero-bound than to create more efficient economies. Cash would be a formidable competitor to banks that demanded payment for maintaining customer accounts.

War, economic dysfunction and media coverups are the signature of our modern era, though no doubt they have been present in past eras as well, though possibly not with such iniquitousness.

Do we expect these realities and the memes that cover them up to become less prevalent over time? The short answer is no. What we do expect, however, is that an increasingly informed populace – one continually enlightened by modern communications despite efforts at censorship – will take individual steps to address the realities behind the memes.

Call this a war as well – the information war. Those who have informed themselves about what's going on, and who accept the paradigm that we and others in the alternative media regularly present, will take what steps they can to prepare themselves for an uncertain future.

Such prudent planning includes holding precious metals, generating survival resources such as gardens or even farms, planning alternative homes and citizenships and generally creating latitude in one's life for considered human action depending on the circumstances.

We should not forget to consider alternative investments of the sort that we often cover in these pages – including farmland and pre-public cannabis exposure, a very powerful evolving sector.

In fact, perhaps the most topical and promising sector to pay attention to this year is the rapidly whitening cannabis industry, both medical and adult-use recreational markets, as the war on drugs winds down and the end of cannabis prohibition opens up huge highways of potential profitability.

One key cannabis industry signpost for 2016 will be the April UNGASS on Drugs, where the full assembly of the UN will gather to finalize debate on a new frontier in this ridiculous and black market-stimulating war on drugs. World leaders, who have already been negotiating during pre-UNGASS meetings, will likely finalize global drug policy that shifts from the present focus on criminalization to a public health approach.

UNGASS will almost assuredly be the watershed event that will open the pathway toward fast-tracking regional government cannabis legislation centered around international policy. This will not only expand domestic market potential but will also spawn burgeoning international trade.

Much will change in the coming year as diverse stakeholders debate the new cannabis frontier. But one thing appears to be certain – change is in the air. And that change will inevitably mean large profits for those strategically positioned in the right locales with the right business initiatives. While there will be failures, there will also be many extremely successful entrants into this burgeoning new industry.

Traditionally, speculative sectors compete for new capital, but I would suggest that in this era there is little to no speculative interest in gold or silver stocks – mining stocks in general, for that matter. The same goes for oil stocks. These two sectors have traditionally garnered a lot of speculative attention.

With two of the biggest sectors sitting on the "sidelines" in a holding pattern at best, when combined with the massive amount of liquidity (freshly expanded currency) in the marketplace one can rationally assume that as the black market shackles are taken off the cannabis industry and the whitening process picks up steam, the global investment community will be emotionally charged with enthusiasm that drives this sector forward for the ensuing few years to heights that rival the overall market buoyancy experienced in the mid-to late-nineties when Internet stocks went crazy.

What does this all mean for cannabis stocks? To take advantage of what is coming, investors will have to choose the companies that are best positioned to survive and thrive in a competitive environment. For real long-term success, like in any industry, the well thought through companies with talented management and sufficient access to capital will have the best overall chances to be that next Microsoft, Intel or Apple of the cannabis sector. But even the "trash" will likely get some shine as over-enthusiastic investors chase the promise of riches while performing at best superficial due diligence.

At High Alert, we are not seeking to gain capital by investing in "trash." In fact, I would encourage readers to quickly peruse an editorial I wrote earlier this year cautioning investors in Canada seeking to participate in that country's whitening cannabis industry to take pause, breathe a little and recognize the historical patterns that affect the policy and overall regulatory environment in which these various opportunities exist.

Things can and do change… and often fast. Let the world settle itself on a collective policy front, which it will do regardless of how you and I feel about that whole process. Reality is what it is.

This is an exciting time to be an investor and 2016 should begin to see a realization of many of the trends we're forecasting now. In this upcoming year we will be introducing ideas that support internationalizing one's lifestyle, commonly known as lifestyle insurance. In fact, there is a steady and growing trend toward international communities offering high-end amenities in low-tax environments. We'll continue to cover this burgeoning sector.

In future issues we'll drill down – as we have before – into the substrata of sociopolitical and economic memes to expose them in ways that may help you with portfolio planning and wealth building. In the meantime, I wish you a prosperous and safe New Year.