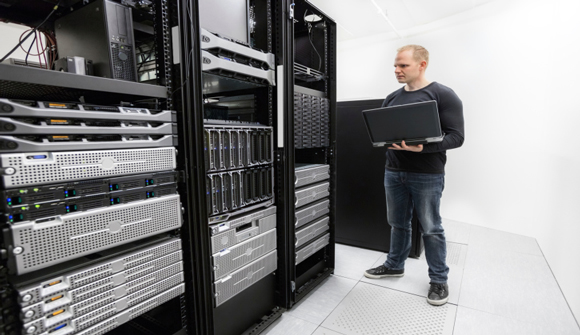 The Empire is most definitely striking back. Between the huge and secretive data center being built in Utah to intercept and analyze the world's communications, Barack Obama's newly signed executive order that allows him "emergency" powers and the near-passage of SOPA, the powers that be are making it clear they intend to try to control, more and more effectively, what we call the Internet Reformation.

Now here comes "Connect to Americas," presented by the UN's International Telecommunication Union (ITU). The summit, hosted in Panama, will gather together countries in the Caribbean to discuss technology.

It sounds like some sort of international company but actually it's a huge but low-key UN bureaucracy – and it's the latest danger to Internet freedom and maybe the gravest.

But the article, written by Edward J. Black, President and CEO, Computer and Communications Industry, is a sober warning about yet another world-spanning UN facility that has the ability to create treaties affecting everyone.

The article is entitled, "UN's ITU Could Become Next Internet Freedom Threat" and Black makes the case that those in the US who are concerned about Internet censorship need to look abroad as well as at home.

Once filtering, censorship or traffic-redirecting tools are developed and deployed, they can be used for a variety of reasons – not just for the purposes that first got the regulations enacted. Some of the lessons learned from the dangers of legislation like SOPA should be the need for forbearance and a well-researched, multi-stakeholder derived policy to avoid unintended consequences.

We've been concerned about similar efforts that could result in a treaty giving a United Nations agency new power to "manage" the Internet. Russia, along with China, North Korea, Iran and other notably nondemocratic countries, are advocating for international regulation of the Internet through a treaty-based organization in the United Nations – the International Telecommunications Union (ITU).

These countries are also asking for a "cyber arms control treaty." But the real goal is to give governments the international legal cover to declare information they don't like a "danger to the state" and therefore the equivalent of cyber warfare so they can censor it. An article in the World Affairs Journal outlines Russia's patient, organized effort over more than a decade.

The article warns, "If diplomats are not careful, one by-product of a push to regulate state-on-state cyber conflict could be a new effort to subject Internet activity to political scrutiny." It points to the efforts at the ITU as a telling example of this trend.

These countries have also pushed this agenda in other venues:

• Suggesting at the UN General Assembly in 2011 that a code of conduct for Internet use should be mandated in international law (and conveniently giving the governments of the world the right to determine what is outside the limits of the code);

• Proposing to create a new UN agency that would be a 'super agency' responsible for managing all aspects of Internet policy – with, naturally, governments having the only vote.

There are warning signs that 2012 is lining up to be particularly important in this fight.

The ITU is certainly a good vehicle for these sorts of maneuverings. It's brief is almost ludicrously broad and vague and there are plans in the works for what Black calls a "major ITU conference."

The conference is to be entitled, ominously, the "World Conference on International Telecommunications (WCIT)," and according to Black, it will be used by China and Russia to make a play for expanded authority over the Internet.

Black cites America's FCC Commissioner, Robert McDowell, who wrote in a notable Wall Street Journal editorial last month, that proponents of Internet freedom "need to play offense not just defense by encouraging all interested parties, including governments and the ITU, to examine the economic and social benefits of the open Internet and to broaden the multi-stakeholder approach to managing Internet concerns."

Now break that last wordy sentence down into normal English and what McDowell is saying is that people concerned about the Internet ought to use the agencies of state control to preserve and expand freedom.

I have a more cynical vision of this kind of argument. Black is probably correct that 2012 is an important year for the foes of the Internet who want a controlled, rigid and highly authoritarian electronic facility.

But I'm not sure that the ITU is the place where this struggle will play out. No, the ITU is likely going to be host to a kind of power-elite dialectic that will pit the forces of Internet "freedom" against the forces of control and repression. This is fairly predictable.

Out of this conversation, no doubt, will come a "compromise" that will be authoritarian in its conclusions though not as bad as some fear. It will be implemented via treaty and then expanded on until it will be terrible indeed. That's how the power elite dialectic works.

You see, there is a power elite that wants to run the world, even if we don't like to admit it. But reality is what it is.The Internet, a mistake from their point of view, and a big one, is standing in their way. They are attacking it on all fronts to try to damp down what we have called the "Internet Reformation."

In fact, from my point of view, the Internet Reformation is something much larger than any treaty or even any global accord. The old men of the power elite are fighting hard to maintain their information and the power to utilize the propaganda of their dominant social themes.

These fear-based memes like global warming and Peak Oil, are intended to frighten middle classes into giving up power and wealth to global facilities specially prepared to administer various forms international authority.

This approach worked well in the 20th century but is not working so well in the 21st. In fact, as more and more information has emerged on the Internet about the Way the World Really Works, the elites are increasingly turning toward war, economic chaos and authoritarian legislation to retain their grip.

The trouble with global technological revolutions such as the one represented by the 'Net is that they are extremely broad based and hard to supervise. That's why we've argued that it will take decades to fully control what technology has unlocked, and by then new technologies may cause nerw problems for the power elite.

There are forces in the world that have an agenda that is at once globalist and repressive. These forces may go back hundreds or even thousands of years. But in fact that is just the point. History seems to show us that sometimes elite control is more effective and all-encompassing than at other times.

Here, in these modest pages, we've argued that the Internet has sparked a mysterious "hive mind" process and that the truth-telling the Internet has unlocked has reverberations beyond what can be easily explained. I would argue that it is somewhat simplistic to view the Internet simply as a kind of electronic tablet that can be blocked or erased at will.

The interactions between humans and the facilities of the Internet are likely a good deal richer and more complex than is commonly presented. And there is the tool-making issue as well. Humans tend to exploit cutting-edge tools to their fullest, sooner or later.

A facility like the Internet is complex indeed, and it is a moving target. Yesterday's censorship may not be applicable tomorrow. China's leaders, for instance, now demand that all Internet users use their real name. Yet the Internet in its current incarnation is an essentially anonymous device.

In the US, a huge information-gathering facility is being built, as I mentioned at the beginnning of this article, but once again, I would argue that such efforts do not fully acknowledge the complexity of the interactions between the Internet and its human users.

The Internet is unusual because it allows people, especially young people, to interact with it independently. Whole, complex facilities can be created and then connected to the larger system. Not so long ago we wrote about a BBC article suggesting that the Internet ought to be torn down and rebuilt in a way that would make it more conducive to monitoring. Too late.

The real problem with Internet authoritarian control is that in the modern era, the one-world conspiracy has reiled on persuasion and the use of dominant social themes when it comes to creating globalism. The powers-that-be have used these tools because to show the naked face of aggression is to invite confrontation.

The more obvious the attempts are at censoring and controlling the Internet, the more fierce the push-back will become. Additionally, as governments, at the behest of top-level power elite, make these attempts, the good will between citizens and the authorities is eroded. This is a negative trend for those in charge.

Add to this that the Internet is a moving target and that authoritarian solutions will constantly have to be upgraded and redesigned and you have a recipe for continual conflict on a legislative level and also within a wider sphere. That sort of conflict does not bode well for an elite that has relied on suasion and stealth to pursue its agenda in the past.

Ultimately, as we often point out here at The Daily Bell, the Internet is a process not an episode. Even an effective solution that retards certain aspects of Internet communication may not work so well tomorrow. It is no doubt a frustrating situation for those who want to control the world and steer it in certain directions.

They should have been more careful, but apparently they missed the 'Net's initial significance. Now they are playing "catch up." This is something to keep in mind.