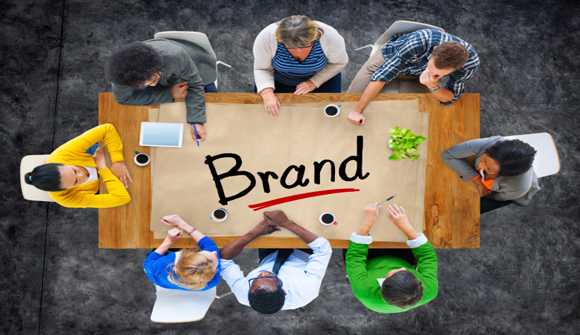 EDITORIAL
Why Even the Best PR Is Failing the Elites
By Anthony Wile - March 05, 2011

Questionable regimes often use PR companies both to improve their image in general – and following specific incidents. Is there any way for us to know truth from spin? This question takes on more urgency given what's going on in the Middle East, and efforts of established leaders to ensure they stay in their seats of power. In this article I want to examine not only overseas' PR but also how top Western powers use promotional mechanisms to put forward their own agendas, and why they may be failing now.

Certainly leaders such as those who occupy seats of power in the Middle East have plenty of money to throw around; their are well-known companies, especially Western ones, that will help them polish their images. And well-known universities that will turn a blind eye to their questionable support – as the London School of Economics embrassingly admitted this week. Many Middle Eastern states now in turmoil have long since acquired PR representation, and Britain – London, really – is the region of choice because unlike the US in the UK there is no regulation demanding that foreign entities register their PR activities with the Dept. of Justice.

What's the biggest player in London?

It's apparently the firm known as Bell Pottinger, which may have a client list that includes Libya, Bahrain, Belarus, and even tycoon Boris Berezovksy. Libya supposedly paid Bell Pottinger millions to try to influence Western sentiment regarding the Lockerbie bombing case, in which Pan Am Flight 103 was destroyed by a bomb, killing all 243 passengers and 16 crew members.

The payment resulted in a number of "alternative" theories about the bombing, though lately it has emerged more strongly than ever that Muammar al-Gaddafi himself ordered the attack in retaliation for the US's bombing of one of his palatial homes, which resulted in the death of his infant daughter.

Britain recently set up a new regulatory body to supervise the PR industry, but it did not change the bottom line anonymity of international PR clients. They still do not have to report their agendas or PR activities. Thus it is that London's Soho remains "ground zero" for efforts to remake the images of some world's most questionable nation-states.

Despite its activities with overseas clients, Soho cannot be said to the only epicenter of ruling elite "spin." We have just witnessed in this past week a declaration that the US itself should enter into the information wars with increased aggressiveness. Secretary of State Hillary Clinton made the call before a congressional committee, saying that the US is losing the global information war and needs additional funds to compete with adversaries.

Not only is this a remarkable admission, it also provides us with a reminder that PR (in the broadest sense) is not practiced only by private firms. Nation states themselves, especially the large Western powers, are focused on presenting messages of self-interest in the most palatable way to a worldwide audience. If one can sway public opinion, the payoff is often seen in reduced costs and even the avoidance of military activity.

Clinton was candid about the current US information gap. "We are in an information war and we are losing that war. Al Jazeera is winning, the Chinese have opened a global multi-language television network, the Russians have opened up an English-language network. I've seen it in a few countries, and it is quite instructive," she is reported to have remarked.

She called on Congress to expand funding dramatically so the US might take advantage of new-age information tools such as Twitter; the State Department is apparently tweeting in Arabic, Farsi, Hindi and a number of other languages.

Clinton's remarks received widespread attention because of their frankness. Top officials of large Western countries usually do not admit that they are involved in deliberate public relations programs, much less that their nations are ending up on the losing side.

Critics of her statements were quick to point out that the US had long counted on the global reach of its ubiquitous media, but that in the Internet era there were many other ways of receiving information. The US – the Anglosphere, in fact – can no longer count on delivering a primary message.

Of course this is a perspective for which we've been "pounding the drums" on a regular basis. Ever since this site was created, we've tried to make the point that the dominant social themes of the Anglo-American elite are gradually unraveling. The world, in fact, is engaged in a massive contest between what I've called the "truth-telling of the Internet" and the long-established fear-based promotions of Anglo-American power elite.

This is a fairly unexpected occurrence, given the dominance that the Anglosphere had regarding media in the 20th century. But in the 21st century, the messages that the Anglosphere elite purveys worldwide have been muddied and undercut on a regular basis. This is really what Clinton was referring to in her remarks, but doubtless, as blunt as she was, explaining the Anglosphere's communication strategy in detail was not going to happen.

At the beginning of this article, I mentioned the "spin" that the Middle-Eastern powers-that-be were trying to put on current events by hiring top-gun PR firms out of London. But the West's ongoing promotional campaigns make the PR programs of such countries look feeble indeed.

As we've tried to establish throughout this modest electronic newspaper's existence, the Anglo-American elite, that tiny coterie of intergenerational families located mostly in the City of London, has actually reconfigured the entirety of Western culture to conform to its messaging. They have done this using the phenomenal money power of central banking, which has in turn distorted the West's sociopolitical systems and created cultural networks of impossible size dedicated to its many fear-based themes.

The goals of foreign dictators are mainly to survive and to be perceived as wise protectors of the state and its people. The Anglo-American elite by contrast holds no direct power but seeks power by using a variety of mind-manioulation means to install world government – a new world order – via its promotional strategies. Using various scarcity memes, it attempts to push Western middle classes into giving up power and wealth to certain global institutions (think UN) designed as receptacles.

The scale of what has occurred is astonishing. Via a network of universities, think-tanks, controlled media, politicians and legislators, the elite propagates its memes almost at will. Global warming is a good example. This fear-based meme began close to a half century ago (or maybe longer) with the "environmental" movement. When one looks closely at the roots of such a movement, the funding sources almost inevitably lead back to elite-institutions (Ford Foundation, etc.).

As the promotional mechanism gathers power, think tanks are coordinated to write White Papers and even books about the looming crisis. Certain educators – knowingly or not – advance the cause within academic journals under their control, while squeezing out and demonizing alternative points of view. The media is enlisted to propagate the promotion, interviewing "leading scholars" on the subject. Eventually, the UN takes up the cause using the "considered opinions" of the scientific community as a template to create policy mandates.

Once the UN has declared a particular issue to be one of global import, various national political leaders go to work attempting to enshrine legislation domestically that tracks the positions of the scientific community and the UN. The business community, too, will become involved, creating various marketing mechanisms and even whole new industries to take advantage of the "problem" that has emerged with such commanding force.

Over time, the combination of academic, media, political, business and even military involvement in the fear-based promotion is intended to create an overwhelming momentum that will establish yet another element of the New World Order. None of this is hypothetical by the way; one simply needs to look to the now-exposed global warming promotion to see how this sort of campaign is managed.

The idea of course is to create crises that can only be ameliorated by international action. The more global the solutions, the more global governance comes into play. Western elites virtually force internationalization using this sort of strategy. It is unfortunately beyond the comprehension of most people because the money power being leveraged to create this result is so massive, running into the tens of trillions of dollars.

Many people cannot conceive (even today) that the entire Western world has been reconfigured over the past century to support the power-elite's drive for world government, or that every facet of Western society – education, finance, politics, media – has been hollowed out and repositioned for this purpose. The conspiracy is vast, the ambition so extraordinary, the arrogance so overwhelming that it is difficult if not impossible to comprehend. It has to do, of course, with the credibility of the "big lie." The larger the lie the more people will believe it as they cannot fathom untruth on such a vast scale.

What is going on in the West almost defies description, and yet if one examines the totality of 20th century history, the facts begin to arrange themselves in a compelling way. And of course what gives us the opportunity to examine these facts is the Internet itself, which has proven an unanticipated and relentless adversary to the kind of elite promotional mechanisms I have described in this article. It is the Internet, in fact, that has caused someone like Hillary Clinton to sound the alarm that America (and the Anglosphere) is losing the information war.

What Hillary Clinton really means is that the globalist ambitions of the elite are under attack as never before. Their programs have been exposed and their secret manipulations are now known to millions. The entire edifice is beginning to tremble and shake. It is most difficult to manipulate people when they have begun to become aware of their manipulators and their manipulations. This is the problem that the Western elites face. It is the same problem, in fact, that Middle East despots face. National protests have ripped away the veil of authoritarianism and even the best "spin" of top PR companies cannot fully – or even partially – rectify the situation.

I will close by answering the question I posed at the beginning of this article. One cannot know for sure what is "spin" and what is reality when it comes to PR campaigns – either those organized on behalf Middle East dictators or the ubiquitous, all-encompassing promotions put in place by Western money power. The only solution is to pay close attention to the information being received via the mainstream media and compare and contrast it to information available on the (still relatively free) Internet and certain alternative television and radio networks.

PR and promotions are a fact of 21st century life, as they were in the 20th century. The difference is that we now have tools that can help us detect the difference between reality and propaganda. The more we use them, the more informed we shall be – and as Socrates is said to have stated, "the unexamined life is not worth living." Let us have the courage to live.