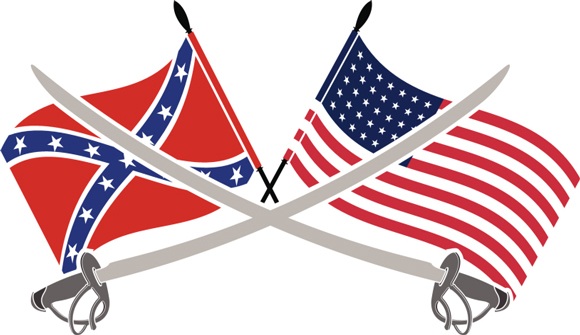 In an article on April 13, I used the so-called Civil War and the myths with which court historians have encumbered that war to show how history is falsified in order to serve agendas. I pointed out that it was a war of secession, not a civil war as the South was not fighting the North for control of the government in Washington. As for the matter of slavery, all of Lincoln's statements prove that he was neither for the blacks nor against slavery. Yet he has been turned into a civil rights hero, and a war of northern aggression, whose purpose Lincoln stated over and over was "to preserve the union" (the empire), has been converted into a war to free the slaves.

As for the Emancipation Proclamation, Lincoln said it was "a practical war measure" that would help in defeating the South and would convince Europe, which was considering recognizing the Confederacy, that Washington was motivated by "something more than ambition." The proclamation only freed slaves in the Confederacy, not in the Union. As Lincoln's Secretary of State put it: "we emancipated slaves where we cannot reach them and hold them in bondage where we can set them free."

A few readers took exception to the truth and misconstrued a statement of historical facts as a racist defense of slavery. In the article below, the well-known African-American, Walter Williams, points out that the war was about money, not slavery. Just as Jews who tell the truth about Israel's policies are called "self-hating Jews," will Walter Williams be called a "self-hating black"? Invective is used as a defense against truth.

Racist explanations can be very misleading. For example, it is now a given that the police are racists because they kill without cause black Americans and almost always get away with it. Here is a case of a true fact being dangerously misconstrued. In actual fact, the police kill more whites than blacks, and they get away with these murders also. So how is race the explanation?

The real explanation is that the police have been militarized and trained to view the public as enemy who must first be subdued with force and then questioned. This is the reason that so many innocent people, of every race, are brutalized and killed. No doubt some police are racists, but overall their attitude toward the public is a brutal attitude toward all races, genders, and ages. The police are a danger to everyone, not only to blacks.

We see the same kind of mistake made with the Confederate Battle Flag. Reading some of the accounts of the recent Charleston church shootings, I got the impression that the Confederate Battle Flag, not Dylann Roof, was responsible for the murders. Those declaring the flag to be a "symbol of hate" might be correct. Possibly it is a symbol of their hatred of the "white South," a hatred that dates from the mischaracterization of what is called the "Civil War." As one commentator pointed out, if flying over slavery for four years makes the Confederate flag a symbol of hate, what does that make the U.S. flag, which flew over slavery for 88 years?

Flags on a battlefield are information devices to show soldiers where their lines are. In the days of black powder, battles produced enormous clouds of smoke that obscured the line between opposing forces. In the first battle of Bull Run confusion resulted from the similarity of the flags. Thus, the Confederate Battle Flag was born. It had nothing to do with hate.

Americans born into the centralized state are unaware that their forebears regarded themselves principally as residents of states, and not as Americans. Their loyalty was to their state. When Robert E. Lee was offered command in the Union Army, he declined on the grounds that he was a Virginian and could not go to war against his native country of Virginia.

A nonsensical myth has been created that Southerners made blacks into slaves because Southerners are racist. The fact of the matter is that slaves were brought to the new world as a labor force for large-scale agriculture. The first slaves were whites sentenced to slavery under European penal codes. Encyclopedia Virginia reports that "convict laborers could be purchased for a lower price than indentured white or enslaved African laborers, and because they already existed outside society's rules, they could be more easily exploited."

White slavery also took the form of indentured servants in which whites served under contract as slaves for a limited time. Native Indians were enslaved. But whites and native Indians proved to be unsatisfactory labor forces for large-scale agriculture. The whites had no resistance to malaria and yellow fever. It was discovered that some Africans did, and Africans were also accustomed to hot climates. Favored by superior survivability, Africans became the labor force of choice.

Slaves were more prominent in the Southern colonies than in the north, because the land in the South was more suitable for large-scale agriculture. By the time of the American Revolution, the South was specialized in agriculture, and slavery was an inherited institution that long pre-dated both the United States and the Confederate States of America. The percentage of slave owners in the population was very small, because slavery was associated with large land holdings that produced export crops.

The motive behind slavery was to have a labor force in order to exploit the land. Those with large land holdings wanted labor and did not care about its color. Trial and error revealed that some Africans had superior survivability to malaria, and thus Africans became the labor force of choice. There was no free labor market. The expanding frontier offered poor whites land of their own, which they preferred to wages as agricultural workers.

A racist explanation of slavery and the Confederacy satisfies some agendas, but it is ahistorical.

Explanations are not justifications. Every institution, every vice, every virtue, and language itself has roots. Every institution and every cause has vested interests defending them. There have been a few efforts, such as the French Revolution and the Bolshevik Revolution, to remake the world in a day by casting off all existing institutions, but these attempts came a cropper.

Constant charges of racism can both create and perpetuate racism, just as the constant propaganda out of Washington is creating Islamophobia and Russophobia in the American population. We should be careful about the words we use and reject agenda-driven explanations.

Readers are forever asking me, "what can we do?" The answer is always the same. We can't do anything unless we are informed.

We call the war of 1861 the Civil War. But is that right? A civil war is a struggle between two or more entities trying to take over the central government. Confederate President Jefferson Davis no more sought to take over Washington, D.C., than George Washington sought to take over London in 1776. Both wars, those of 1776 and 1861, were wars of independence. Such a recognition does not require one to sanction the horrors of slavery. We might ask, How much of the war was about slavery?

Was President Abraham Lincoln really for outlawing slavery? Let's look at his words. In an 1858 letter, Lincoln said, "I have declared a thousand times, and now repeat that, in my opinion neither the General Government, nor any other power outside of the slave states, can constitutionally or rightfully interfere with slaves or slavery where it already exists." In a Springfield, Illinois, speech, he explained: "My declarations upon this subject of Negro slavery may be misrepresented but cannot be misunderstood. I have said that I do not understand the Declaration (of Independence) to mean that all men were created equal in all respects." Debating Sen. Stephen Douglas, Lincoln said, "I am not, nor ever have been, in favor of making voters or jurors of Negroes nor of qualifying them to hold office nor to intermarry with white people; and I will say in addition to this that there is a physical difference between the white and black races, which I believe will forever forbid the two races living together on terms of social and political equality."

What about Lincoln's Emancipation Proclamation? Here are his words: "I view the matter (of slaves' emancipation) as a practical war measure, to be decided upon according to the advantages or disadvantages it may offer to the suppression of the rebellion." He also wrote: "I will also concede that emancipation would help us in Europe, and convince them that we are incited by something more than ambition." When Lincoln first drafted the proclamation, war was going badly for the Union. London and Paris were considering recognizing the Confederacy and assisting it in its war against the Union.

The Emancipation Proclamation was not a universal declaration. It specifically detailed where slaves were to be freed: only in those states "in rebellion against the United States." Slaves remained slaves in states not in rebellion — such as Kentucky, Maryland, Delaware and Missouri. The hypocrisy of the Emancipation Proclamation came in for heavy criticism. Lincoln's own secretary of state, William Seward, sarcastically said, "We show our sympathy with slavery by emancipating slaves where we cannot reach them and holding them in bondage where we can set them free."

Lincoln did articulate a view of secession that would have been heartily endorsed by the Confederacy: "Any people anywhere, being inclined and having the power, have the right to rise up and shake off the existing government and form a new one that suits them better. … Nor is this right confined to cases in which the whole people of an existing government may choose to exercise it. Any portion of such people that can may revolutionize and make their own of so much of the territory as they inhabit." Lincoln expressed that view in an 1848 speech in the U.S. House of Representatives, supporting the war with Mexico and the secession of Texas [from Mexico].

Why didn't Lincoln share the same feelings about Southern secession? Following the money might help with an answer. Throughout most of our nation's history, the only sources of federal revenue were excise taxes and tariffs. During the 1850s, tariffs amounted to 90 percent of federal revenue. Southern ports paid 75 percent of tariffs in 1859. What "responsible" politician would let that much revenue go?