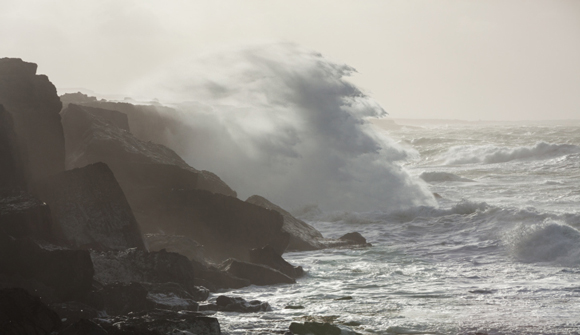 All of Europe, and insouciant Americans and Canadians as well, are put on notice by Syriza's surrender to the agents of the One Percent. The message from the collapse of Syriza is that the social welfare system throughout the West will be dismantled.

The Greek prime minister Alexis Tsipras has agreed to the One Percent's looting of the Greek people of the advances in social welfare that the Greeks achieved in the post-World War II 20th century. Pensions and health care for the elderly are on the way out. The One Percent needs the money.

The protected Greek islands, ports, water companies, airports, the entire panoply of national patrimony, is to be sold to the One Percent. At bargain prices, of course, but the subsequent water bills will not be bargains.

This is the third round of austerity imposed on Greece, austerity that has required the complicity of the Greeks' own governments. The austerity agreements serve as a cover for the looting of the Greek people literally of everything. The IMF is one member of the Troika that is imposing the austerity, despite the fact that the IMF's economists have said that the austerity measures have proven to be a mistake. The Greek economy has been driven down by the austerity. Therefore, Greece's indebtedness has increased as a burden. Each round of austerity makes the debt less payable.

But when the One Percent is looting, facts are of no interest. The austerity, that is the looting, has gone forward despite the fact that the IMF's economists cannot justify it.

Greek democracy has proven itself to be impotent. The looting is going forward despite the vote one week ago by the Greek people rejecting it. So what we observe in Alexis Tsipras is an elected prime minister representing not the Greek people but the One Percent.

The One Percent's sigh of relief has been heard around the world. The last European leftist party, or what passes as leftist, has been brought to heel, just like Britain's Labour Party, the French Socialist Party, and all the rest.

Without an ideology to sustain it, the European left is dead, just as is the Democratic Party in the US. With the death of these political parties, the people no longer have any voice. A government in which the people have no voice is not a democracy. We can see this clearly in Greece. One week after the Greek people express themselves decisively in a referendum, their government ignores them and accommodates the One Percent.

The American Democratic Party died with jobs offshoring, which destroyed the party's financial base in the manufacturing unions. The European left died with the Soviet Union.

The Soviet Union was a symbol that there existed a socialist alternative to capitalism. The Soviet collapse and "the end of history" deprived the left of an economic program and left the left-wing, at least in America, with "social issues" such as abortion, homosexual marriage, gender equality, and racism, which undermined the left-wing's traditional support with the working class. Class warfare disappeared in the warfare between heterosexuals and homosexuals, blacks and whites, men and women.

Today with the Western peoples facing re-enserfment and with the world facing nuclear war as a result of the American neoconservatives' claim to be History's chosen people entitled to world hegemony, the American left is busy hating the Confederate battle flag.

The collapse of Europe's last left-wing party, Syrzia, means that unless more determined parties arise in Portugal, Spain, and Italy, the baton passes to the right-wing parties—-to Nigel Farage's UK Independence Party, to Marine Le Pen's National Front in France, and to other right-wing parties who stand for nationalism against national extermination in EU membership.

Syriza could not succeed once it failed to nationalize the Greek banks in response to the EU's determination to make them fail. The Greek One Percent have the banks and the media, and the Greek military shows no sign of standing with the people. What we see here is the impossibility of peaceful change, as Karl Marx and Lenin explained.

Revolutions and fundamental reforms are frustrated or overturned by the One Percent who are left alive. Marx, frustrated by the defeat of the Revolutions of 1848 and instructed by his materialist conception of history, concluded, as did Lenin, Mao, and Pol Pot, that leaving the members of the old order alive meant counter-revolution and the return of the people to serfdom. In Latin America every reformist government is vulnerable to overthrow by US economic interests acting in conjunction with the Spanish elites. We see this process underway today in Venezuela and Ecuador.

Duly instructed, Lenin and Mao eliminated the old order. The class holocaust was many times greater than anything the Jews experienced in the Nazi racial holocaust. But there is no memorial to it.

To this day Westerners do not understand why Pol Pot emptied Cambodia's urban areas. The West dismisses Pol Pot as a psychopath and mass murderer, a psychiatric case, but Pol Pot was simply acting on the supposition that if he permitted representatives of the old order to remain his revolution would be overthrown. To use a legal concept enshrined by the George W. Bush regime, Pol Pot pre-empted counter-revolution by striking in advance of the act and eliminating the class inclined to counter-revolution. The class genocide associated with Lenin, Mao, and Pol Pot are the collateral damage of revolution.

The English conservative Edmund Burke said that the path of progress was reform, not revolution. The English elite, although they dragged their heels, accepted reform in place of revolution, thus vindicating Burke. But today with the left so totally defeated, the One Percent does not have to agree to reforms. Compliance with their power is the only alternative.

Greece is only the beginning. Greeks driven out of their country by the collapsed economy, demise of the social welfare system, and extraordinary rate of unemployment will take their poverty to other EU countries. Members of the EU are not bound by national boundaries and can freely emigrate. Closing down the support system in Greece will drive Greeks into the support systems of other EU countries, which will be closed down in turn by the One Percent's privatizations.

The 21st century Enclosures have begun.

After publishing this piece yesterday, Dr. Roberts wrote in a separate announcement …

Syriza turned its back to the opportunity to save Greece by removing the country from the EU.The cost of this failure goes far beyond Greece and is political as well as economic. Syriza's failure threatens the sovereignty of EU member states as well as their social welfare systems. More importantly, an opportunity to avoid World War III by unraveling NATO was thrown away.

The collapse of Syriza one week after receiving the strong support of the Greek people in the referendum vote awaits explanation. I doubt Syriza would have stood up to the pressure as long as it did if the prime minister intended to join previous Greek governments in selling out the people. It makes no sense for Syriza to sell out on the heels of a referendum victory that greatly strengthened its position in its confrontation with the Troika, especially with one member of the Troika, the IMF, expressing doubts about the Troika's hardline position. Possibly threats were issued that neutered the voice of the Greek people.

This article contributed ourtesy of PaulCraigRoberts.org.