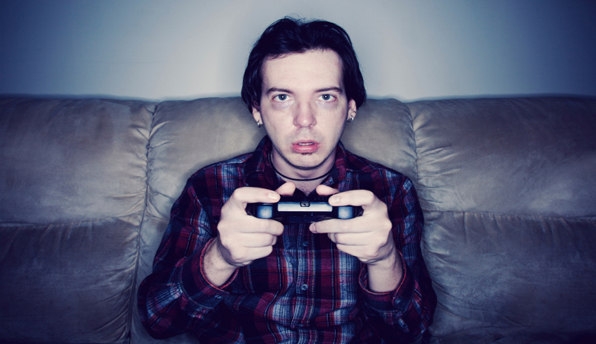 EDITORIAL
Whatever Became Of Morality?
By Paul Craig Roberts - June 05, 2014

What are we to make of this? http://edition.cnn.com/2014/06/03/justice/wisconsin-girl-stabbed/index.html

Two 12 year-old white American girls who look perfectly normal stabbed their 12-year old friend 19 times in a murder attempt. By murdering their friend the girls hoped to win the acceptance of a totally fictitious cartoon character on a website.

Does this mean that not only has the enculturation process in the US deleted morality but also that American kids can no longer tell the difference between fiction and reality?

On several occasions I have written that Americans live in The Matrix, just as in the movie, only there is no "The One" to release them. Has the electronic existence in which children are raised destroyed their humanity?

I would bet that crimes that result from life in virtual reality will be used by governments to shut down free expression on the Internet. The Internet is the last medium in which criticism of the US government can be made. As criticism is a constraint on unaccountable power of government, expect the Internet to become a member of the Ministry of Propaganda, just like the New York Times, Washington Post, LA Times, Fox News, CNN, ABC, NBC, CBS, BBC, etc.

The 12-year old girls' attempt to murder their friend does offer insight into why the American population, including the "christian" churches, has been mute for the entirety of the 21st century while the US government and its military have murdered, maimed, and displaced millions of people in 7 countries that have been destroyed in whole or part, entirely on the basis of Washington's lies. There is scant sign of any American remorse over these extraordinary crimes against humanity.

We see no sign of any moral conscience in Congress's curtailments of the social safety net or in the constant stream of lies that intend to lead to more wars for the sake of the military/security complex's profits and the neoconservatives' agenda of US supremacy, which risks nuclear war and the extinction of life on earth.

I don't think we can dismiss the 12-year old girls' murder plot as just another aberration the way "law and order" conservatives do every time the police employ violence against the innocent citizens who pay the salaries of the goon thug police who body slam infirm 92-year olds, shoot down usually innocent "suspects," kill the family pets and throw grenades into the cribs of sleeping babies.

It is a mystery how the US masquerades as "a light unto the world," when morality is totally dead in Amerika.

Can morality be resurrected?