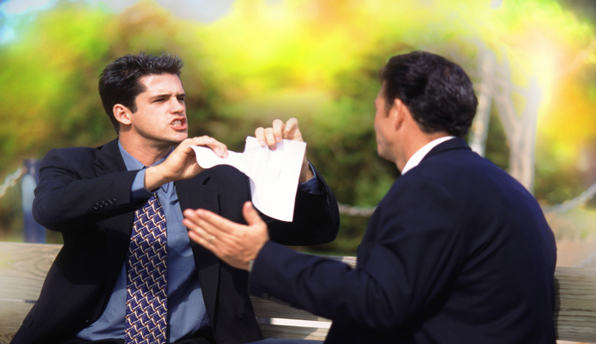 Anyone watching last week's debate over the Republican budget resolution would have experienced déjà vu, as the debate bore a depressing similarity to those of previous years. Once again, the Republicans claimed their budget would cut spending in a responsible manner, while Democratic opponents claimed the plan's spending cuts would shred the safety net and leave vital programs unfunded. Of course, neither claim is true.

The budget does not cut spending at all, and in fact actually increases spending by $1.5 trillion over ten years. The Republicans are using the old DC trick of spending less than originally planned and calling that reduced spending increase a $5.1 trillion cut in spending. Only in DC could a budget that increases spending by 3.5 percent per year instead of by 5.2 percent per year be attacked as a "slash-and-burn" plan.

The budget also relies on "dynamic scoring." This trick is where the budget numbers account for increased government revenue generated by economic growth the budget will supposedly unleash. The claims are dubious at best. Of course, reducing government spending will lead to economic growth. But real growth requires real cuts, not this budget's phony cuts.

As important as reducing spending and balancing the budget is, focusing solely on budget numbers ignores the root of the problem. The real problem is that too many in Washington – and the nation as a whole – refuse to consider any serious reductions in the welfare-warfare state.

I have always maintained that the logical place to start reducing spending is the trillions wasted on our interventionist foreign policy. Unfortunately, there are still too many in Congress who claim to be fiscal hawks when it comes to welfare spending, but turn into Keynesian "doves" when it comes to spending on the military-industrial complex.

These members cling to the mistaken belief that the government can balance it budget, keep taxes low, and even have a growing economy, while spending trillions of dollars policing the world, and propping up some governments and changing others overtly or covertly. Thus, President Obama is attacked as soft on defense because he only wants to spend $5.9 trillion over ten years on the military. In contrast, the Republican budget spends $6.2 trillion over the next decade. That is almost a trillion more than the budget's total so-called spending cuts.

If there are too many fiscal conservatives who refuse to abandon the warfare state, there are too many liberals who act as if any reduction in welfare or entitlement spending leaves children starving. I agree it is unrealistic to simply end programs that people are currently dependent on. However, isn't it inhumane to not take steps to unwind the welfare system before government overspending causes a bigger financial crisis and drags millions more into poverty?

Far from abandoning those in need of help, returning the responsibility for caring for the needy to private charities, churches, and local communities will improve the welfare system. At the very least, young people should have the freedom to choose to pay a lower tax rate in exchange for promising to never participate in a government welfare or entitlement program.

Last week's budget debate showed how little difference there lies between the parties when it comes to preserving the warfare-welfare state. One side may prefer more warfare while the other prefers more welfare, but neither side actually wants to significantly reduce the size and scope of government. Until Congress stops trying to run the world, run the economy, and run our lives, there will never be a real debate about cutting spending and limiting government.