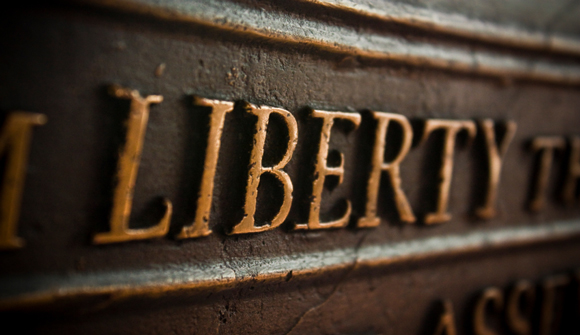 EDITORIAL
The IRS and Congress Both Hold Our Liberty in Contempt
By Ron Paul - April 06, 2015

This week the Justice Department announced it would not charge former Internal Revenue Service (IRS) official Lois Lerner with contempt of Congress. Some members of Congress requested that Lerner be charged with contempt after she refused to testify at a congressional hearing investigating her role in denying or delaying the applications for tax-exempt status of "tea party" and pro-limited government organizations.

Cynics might suggest it is not surprising that a former government official would avoid prosecution for refusing to tell Congress about how federal employees abused their power to help the incumbent administration. These cynics have a point, but the problem goes beyond mere partisanship. Government officials are rarely prosecuted for even the most blatant violations of our liberties. In contrast, federal prosecutors routinely pursue criminal charges against whistleblowers. For example, the only American prosecuted and imprisoned in relation to the government's use of torture was whistleblower John Kiriakou!

While some officials like Lois Lerner who find themselves at the center of a high-profile scandal or partisan dispute can expect harsh treatment from Congress, this is the expectation, not the rule. Executive branch officials usually receive deferential treatment from members of Congress. I recall one hearing on government surveillance where a representative actually apologized to a government official because Congress had the gall to ask that official to testify about the government's ongoing surveillance of the American people.

In contrast, private citizens called before Congress are harangued and even bullied. Congress should stop using the hearing process to intimidate private citizens and start using it to intimidate those government officials who are threatening our liberty. For example, Congress should continue to investigate the IRS's ongoing attempts to silence organizations that work to advance free markets and individual liberty.

The IRS is drafting a new regulation that would empower the agency to revoke an organization's tax-exempt status if that organization sends out a communication to its members or the general public mentioning a candidate for office by name sixty days before an election or thirty days before a primary. By preventing groups from telling their members where candidates stand on issues like Audit the Fed and repeal of the PATRIOT Act, this anti-First Amendment regulation benefits those politicians who wish to hide their beliefs from the voters.

Since the IRS's power stems from the tax system, the only way to protect our liberty from this agency is to eliminate the tax code. Promising to end the IRS is a popular applause line for politicians wishing to appear as champions of liberty. This week, John Koskinen, the current IRS commissar, responded to these cries to end the IRS by pointing out that shutting down the IRS would deprive Congress of the revenue needed to fund the welfare-warfare state. Koskinen has a point. Congress cannot shut down the IRS until it enacts major reductions in all areas of government spending.

Politicians who vote for warfare abroad and welfare at home yet claim they want to shut down the IRS should not be taken seriously. Freeing the people from the IRS's tyranny is one of the best reasons to end the welfare-warfare state and return the federal government to its constitutional limitations.