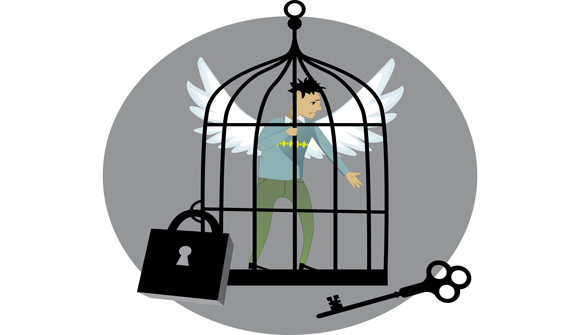 Apologists for the National Security Agency (NSA) point to the arrest of David Coleman Headley as an example of how warrantless mass surveillance is necessary to catch terrorists. Headley played a major role in the 2008 Mumbai terrorist attack that killed 166 people.

While few would argue that bringing someone like Headley to justice is not a good thing, Headley's case in no way justifies mass surveillance. For one thing, there is no "terrorist" exception in the Fourth Amendment. Saying a good end (capturing terrorists) justifies a bad means (mass surveillance) gives the government a blank check to violate our liberties.

Even if the Headley case somehow justified overturning the Fourth Amendment, it still would not justify mass surveillance and bulk data collection. This is because, according to an investigation by ProPublica, NSA surveillance played an insignificant role in catching Headley. One former counter-terrorism official said when he heard that NSA surveillance was responsible for Headley's capture he "was trying to figure out how NSA played a role."

The Headley case is not the only evidence that the PATRIOT Act and other post-9/11 sacrifices of our liberty have not increased our security. For example, the NSA's claim that its surveillance programs thwarted 54 terrorist attacks has been widely discredited. Even the president's Review Group on Intelligence and Communications Technologies found that mass surveillance and bulk data collection was "not essential to preventing attacks."

According to the congressional Joint Inquiry into Intelligence Activities before and after the Terrorist Attacks of September 11, 2001 and the 9/11 Commission, the powers granted the NSA by the PATRIOT Act would not have prevented the 9/11 attacks. Many intelligence experts have pointed out that, by increasing the size of the haystack government agencies must look through, mass surveillance makes it harder to find the needle of legitimate threats.

Even though mass surveillance threatens our liberty, violates the Constitution and does nothing to protect us from terrorism, many in Congress still cling to the fiction that the only way to ensure security is to give the government virtually unlimited spying powers. These supporters of the surveillance state are desperate to extend the provisions of the PATRIOT Act that are set to expire at the end of the month. They are particularly eager to preserve Section 215, which authorizes many of the most egregious violations of our liberties, including the NSA's "metadata" program.

However, Edward Snowden's revelations have galvanized opposition to the NSA's ongoing violations of our liberties. This is why Congress will soon vote on the USA FREEDOM Act. This bill extends the expiring surveillance laws. It also contains some "reforms" that supposedly address all the legitimate concerns regarding mass surveillance.

However, a look at the USA FREEDOM Act's details, as opposed to the press releases of its supporters, shows that the act leaves the government's mass surveillance powers virtually untouched.

The USA FREEDOM Act has about as much to do with freedom as the PATRIOT Act had to do with patriotism. If Congress truly wanted to protect our liberties it would pass the Surveillance State Repeal Act, which repeals the PATRIOT Act. Congress should also reverse the interventionist foreign policy that increases the risk of terrorism by fostering resentment and hatred of Americans.

Fourteen years after the PATRIOT Act was rushed into law, it is clear that sacrificing liberty does little or nothing to preserve security. Instead of trying to fool the American people with phony reforms, Congress should repeal all laws that violate the Fourth Amendment, starting with the PATRIOT Act.