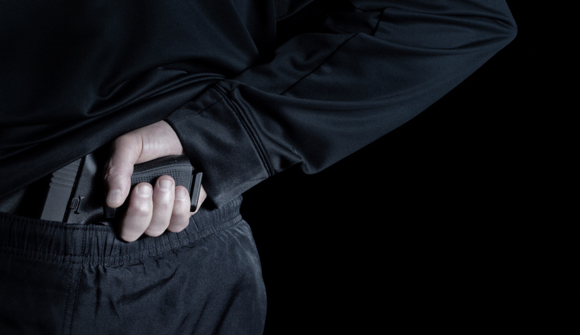 Each time a gunman goes on a killing spree, there is no shortage of psychological analysis in every mainstream news outlet as to why the person snapped when they did. Every environmental factor these individuals had ever been exposed to has been made the object of blame, omitting one: that common, prescription, psychotropic drugs may have been the key factor in driving these people crazy.

Adama Lanza, the Sandy Hook killer, looks quite high in the wide-eyed picture of him that circulated after the massacre/suicide. But high with what? Fanapt, it turns out. A drug used to treat anti-psychotic behavior and schizophrenia, it looks to have elevated Lanza's crazy to an entirely new level. Homeschooling, etc., were the objects of blame in this instance.

James Holmes, the 2012 Aurora, CO, theater shooter, had been using sertraline, a generic Zoloft, and clonazepam. These two drugs are used to treat anxiety, depression, and "other disorders." Side effects include insomnia, and, as Gavin McInnes points out here, not sleeping can quickly drive someone completely nuts.

Dylann Roof, who massacred members of a black church in Charleston, SC, had Suboxone on him when he was arrested earlier this year. Suboxone is used as a treatment for painkiller addiction, but classmates of Roof referred to him as a "pill popper," which probably means he cared less about treating his probable opiate addiction than getting high by other means.

Looking past the drugs these killers ingested, what happened to plain old crazy as a sound diagnosis? "Crazy" should seem to be enough to explain a lot of these murders, and there is yet a pill to be developed that can fix it. So what does it say about a society that believes the solutions to its problems can be found in the many arcane drugs cooked up in Big Pharma labs?

The phrase "War on Drugs" just doesn't seem accurate in reference to American drug culture. "The War on Certain Drugs," a phrase given to us by Noam Chomsky, far better explains the predicament the United States is currently mired in when speaking of the self-medicating tendencies of its citizens, because we as Americans really do love our drugs, and we love them so much that we give them to our children. Not marijuana, cocaine, heroin, or meth, which are the targets of the Drug War, but the much more benign-sounding pharmaceuticals that are sold to us during commercial breaks on daytime television, online and in magazine ads.

Depression, anxiety and attention deficit disorder appear to be the biggest targets of many of these drugs, with the top twenty-five most-prescribed psychiatric drugs in the United States in 2013 sold to alleviate the symptoms. The commercials are predictably sappy, and insidiously genial. A soft voice describes symptoms in such general terms that almost anyone could believe themselves to be afflicted. That same soft voice then describes possible side effects that sound as if they were pulled from the court documents of many of the killers described above.

We currently inhabit a Bizarro World where the consumption of cannabis, a plant with well-documented physical and psychological benefits is prohibited with extreme prejudice, users persecuted and ostracized, yet daily pump ourselves and our children full of the powerful, mind-altering drugs that are eternally cranked out by Big Pharma. Heeding the warnings about marijuana that are blasted from the major media outlets, we instead allow repackaged forms of speed and other amphetamines to be prescribed to our children and merrily go about our day. Legal cannabis is a lethal threat to the anti-psychotics industry, and Big Pharma knows this.

Our silence, our lack of objection to the myriad threats to our liberty, works better than a mirror ever could to show us what type of government we deserve. Our gullibility, our unwillingness to deal with real problems that surround us, our obsession with technology, our inescapable slavery to the present, with past unknown and future uncared for, our willingness to unquestioningly accept the technological terror of the Surveillance State, the manner in which we avert our eyes at the way our leaders forfeit the future of our country all point to the manner of creature we've become: cattle.

Herded from here to there, told daily that taxes are going up, new laws are being passed, a new war is commencing, an endless parade of crackpot schemes that further enslave us and our children, and all we can do is stand here saying, "Please don't let it end! More gadgets, more cars, more food, more clothes, more television!" We drug our kids so they'll remain calm for eight hours per day in the prison schools we allowed to be built, and then wonder why someone occasionally goes nuts and kills twenty people.

This is how government wants us to act. Our current frame of mind as a society is optimal for an eruption of government growth. Neatly divided into two parties, two wings of the same predator that feeds on us and everyone we care for.

What is sorely needed is an awakening, an awakening to an attention span that surpasses the length of a political parasite's soundbite. Until that happens, we will remain enslaved to whichever group of lab coat-wearing "experts" currently represents the aims of their masters. We would do well to take heed the wisdom of the Anti-Federalists: "The few never sleep, while the many are rarely truly awake".