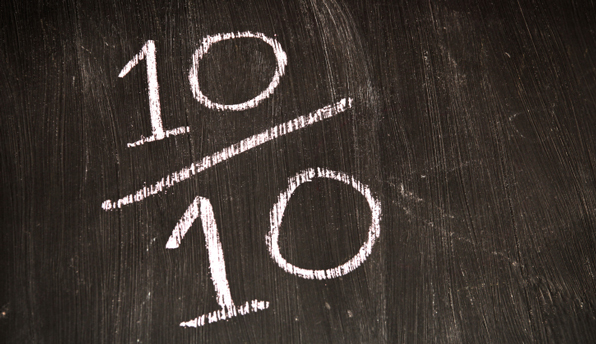 A great many theories of government and social organization rest on consideration of man's perfection. From the time of Plato, philosophers and political theorists have formulated much of their thinking about political communities in line with some view about the relationship between ideal man and actual people. Invariably actual people were declared to be "imperfect", "flawed", "lowly" and the like. In theological thinking matters were stated in terms of man's original sin, his pride, or his passioned instead of spiritual inclinations.

What is the importance of such thinking for theorizing about the kind of political order mankind ought to institute? And what is the precise meaning of such claims as that man is "flawed" or "imperfect"? To understand what we face in trying to evaluate political alternatives, i.e., different solutions to the basic question of political theory, it is necessary that we become clear on these matters.

References to man's flawed nature, his imperfection and the like, are not simple to understand. Ordinarily when we consider whether something is a flawed or perfect specimen of its kind, we refer to particular items. Thus some particular chair may be ill-designed, some table badly constructed, or some marriage perfect. Even when we consider groups of things, say a line of furniture designed by some firm's team of engineers, we talk about that group's failure to meet standards of excellence appropriate to what is being manufactured. Thus a particular line of furniture may be said to have been badly designed – with reference to certain known purposes chairs – all chairs – have. (Of course it is not easy to offer evaluations even of chairs. A lot depends on what purpose some variety of chair is to serve.) The same is true about, e.g., trees, not just human artifacts. Some, even if few, are perfect for use as Christmas trees, others as material for lumber yards, and yet others as models for artists. Still, when we know that some particular purpose someone has is unobjectionable on, say, moral grounds, then we are able to and will freely judge items which are intended to serve it in terms of the standard of how well they will satisfy that purpose. And then, even if rarely, we may judge something perfect.

When we come to evaluating human beings as such – Man – we meet with a number of difficulties. Does Man serve some purpose? Whose? Who is to judge how well He satisfies it? Very often the answer given is that Man serves God's purposes. Yet there is much debate as to whether anyone of us could even know this much, not alone know what God's purposes are. Generally it is wiser to leave religious questions out of political matters. This is because religion rests on human faith, a very personal, incommunicable matter whatever its nature. Politics, on the other hand, reaches out for clear understanding, rational solutions. We would be unwise to expect that matters of personal faith, including what any of us believes about God's purposes and, therefore, man's capacity to satisfy them, are suited for making political judgments. (Consider that for some religious faiths God has no purpose involving man; for others man's existence, just as he does exist at any given time, satisfies God's purpose; for yet others man cannot even fulfill the purpose for which he is created by God except after his life on earth.) With a realm so individual and inaccessible to common understanding as faith, it is wisest not to attempt to introduce it into areas where common understanding is the very cornerstone of reaching solutions.

Outside of a religious context what sense can we make of the idea that man has a purpose? That is, that mankind – the species itself – serves some purpose? Aristotle tried to make sense of this, albeit not with complete success. He believed that the purpose of man as of any other natural being is to fulfill its essence. This, applied to man, means that each of us as rational animals fulfills our purpose if he lives his life in accordance with our human nature, namely as fully rationally as we, with our individual capacities, can.

But Aristotle's idea is not exactly that mankind as such has a purpose. It is that there is a purpose to the life of each member of mankind. This is generally describable as living according to human nature. Yet because each man is at once a member of the class of mankind and also an individual who differs from all others in important ways, that alone could not convey the meaning of "having a purpose for any given individual." Before we can say what a given man's specific purpose is, we must know something about him as an individual. We need to know what living according to his human nature, rationally, must mean for any given individual.

If we consider this approach carefully – and it is the only sensible discussion of purpose closely tied to political theory in all of man's history – an interesting thing emerges. Whether a given individual is or is not perfect cannot be known ahead of time. And whether mankind is perfect is not even an intelligible question. It would be like asking if trees or roses or fish or the moon, etc., are perfect. But by what standard? To what must trees measure up to be identified as a perfect? The best we can answer is: to the purpose we have for trees in our own lives. But what of fish, moons and the millions of other kinds of entities in nature? To ask whether these are perfect makes little sense. Perfect by what standard, for what purpose?

With man the issue of perfection is a moral and personal issue. It has to do with man's nature as a free and self-responsible being. He is free to cause his actions (although, of course, some people are too impaired either mentally or physically to be thought of this way). And he is responsible to choose those actions that will make his life a success. As Aristotle seems to have believed, and I do too, happiness, the successful state of human life, is each man's moral purpose. (Ayn Rand spells this out in detail.) It is with reference to how well each does to satisfy this goal that anyone may be evaluated as either perfect, good, mediocre or downright evil. No other sense can be made of the idea of human perfection.

But what of the claims about man's "flawed" and "imperfect" nature? Surely there must be something meant by these remarks. And indeed there appears to be something important to them. That is that no man has a guarantee for success. Moral excellence is not ensured for anyone ahead of time. Every person must make the effort to be good on his own – he cannot be made to be good.

But the idea that man is "flawed" is often interpreted so that we are given to understand that people cannot be good even if they do their best. that man is fallible but that he is necessarily a failure, flawed by his nature. Yet this cannot be understood at all. How would anyone be knowledgeable enough to say such a thing? It would seem to be presumptuous to declare of all people, past, present and future, that they cannot live a morally good life, that they cannot achieve the best possible life for themselves, given their capacities and circumstances. This kind of a judgment is best characterized as prejudicial – it disregards the perfectly sensible judicial principle of the presumption of innocence. It confuses "free to do good or ill" with "must do ill."

Believing that man is flawed, Marx, for example, thought that it was the inevitable result of revolutionary social conflicts to make him good. Marx did not believe in free will. So he did not take man's "flawedness" to mean that the possibility of evil, as well as of good, is open to all people. He believed that – by virtue of institutional and similar elusive causes – man is necessarily flawed. Only when man had been made automatically good would the perfect society emerge.

Claiming that some equally elusive problem left man to believe in his own freedom, B. F. Skinner, too, asks us to accept that man can be made good by social control. And when one believes that there is something in human nature itself that makes us flawed, it is not unreasonable to try to wipe the flaw out, to make the necessary reparations. We do this, after all, with faulty chairs, cars, cameras, and even human physical organs. So why not with mankind?

It is often this belief in the flawed nature of man that impels people, especially ambitious and impatient ones, toward social engineering. I believe that a clear grasp of what must be meant when we say that man is not perfect – namely that moral perfection is never guaranteed for anyone but must be earned by the individual himself through hard work – will reduce the inclination toward statism, paternalism and totalitarianism. We could then develop societies that assume neither man's perfectibility nor his imperfectability.

Such a system would make sure that those who aim to do well in their lives, who try for moral excellence, would not be disturbed by those who are not willing to try for it. Nor would anyone be ordered to live a morally decent life – all he will not be permitted to do is to prevent others from trying. This, I think, is the only non-utopian and yet optimistic approach to man's goal of living in peace with his fellows.