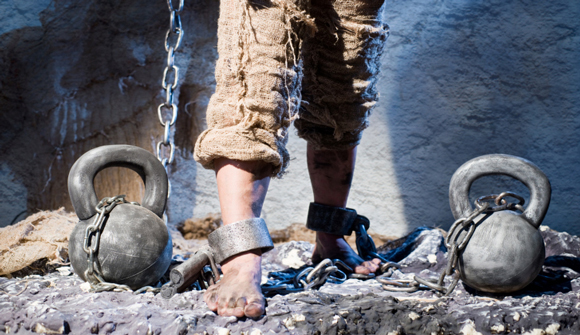 EDITORIAL
Can I Sell Myself into Slavery?
By Wendy McElroy - December 04, 2014

No. The reason requires a considerably lengthier response.

Slavery is the social condition in which one human being owns another as property. This means the owner can use and dispose of the slave as he would other property such as a table or dog. Historically, slaves were acquired in one of two ways: a defeated opponent was offered the choice of slavery or death; or, a person was kidnapped. No contract existed even in the choice between death and enslavement because the framework of coercion negates the possibility of contracting; coercion and contracts are diametrically opposed concepts. Historical reference does not dismiss the hypothetical debating point of a 'slave-contract,' of course, but facts should carry some weight.

To return to the question under discussion: Can a person sell himself into slavery? That is, can someone relinquish his humanity and become property?

Of the various ways to argue against the possibility of a slave-contract, a powerful approach involves the inalienability of the human will. Free will is a defining aspect of man's nature. From the instant of awareness, he chooses. Sometimes the available options are limited or utterly unappealing but even the refusal to choose constitutes an act of choice.

The Reality Problem with Slave-Contracts

Free will or volition is an inalienable part of man's nature in the same manner as his reason; it is inherent. The argument from inalienability does not refer to a moral or political objection to a man who wishes to dispossess himself of free will; it refers to the impossibility of his doing so. No one else can think for him or control his will and wishes; he thinks his own thoughts and feels his own emotions. Other people can exert immense influence but he is the only one with control. Certainly, he can agree to obey the commands of another person and their agreement would be no one else's business. But the instant he exercises free will and says "no," the instant he asserts himself as a person and not property, then the agreement dissolves. Depending on circumstances, he might owe restitution or some penalty for breaching but he cannot be retained as property.

Otherwise stated, without free will a man would cease to be a human being. This means that asking him to transfer his will to another person as property is as metaphysically absurd as asking a dog to become a cat. In Chapter 19 of The Ethics of Liberty, Murray Rothbard explained: "[T]here are certain vital things which, in natural fact and in the nature of man, are inalienable, i.e., they cannot in fact be alienated, even voluntarily. Specifically, a person cannot alienate his will, more particularly his control over his own mind and body….Each man has control over his own will and person, and he is, if you wish, 'stuck' with that inherent and inalienable ownership. Since his will and control over his own person are inalienable, then so also are his rights to control that person and will."

The Logic Problem with Slave-Contracts

Free will is a prerequisite for the concept of a contract; it is key to what gives the concept of contract its meaning. In his essay "Toward A Reformulation of the Law of Contracts," Williamson M. Evers observed that individual rights were "founded upon the natural fact that each human is the proprietor of his own will. To take rights like those of property and contractual freedom that are based on a foundation of the absolute self-ownership of the will and then to use those derived rights to destroy their own foundation is philosophically invalid."

A slave-contract violates two defining aspects of what constitutes a contract.

First, the ability to breach. It is a man's will that binds him to a contract; his will also allows him to honorably breach as long as he makes proper restitution and, perhaps, pays damages. In Chapter 7 of The Ethics of Liberty, Rothbard observed: "In short, a man can naturally expend his labor currently for someone else's benefit, but he cannot transfer himself, even if he wished, into another man's permanent capital good. For he cannot rid himself of his own will, which may change in future years and repudiate the current arrangement."

To claim he cannot breach a contract is tantamount to arguing that a man who sells his labor has actually sold his entire liberty and not a limited service. In reality, however, all contracts involve a limited service. Why? It is impossible for a man to transfer his free will, which is the basis of his liberty. His free will and liberty remain. Thus, all contracts are limited by the right of a person to breach and to make restitution if any is required. In a sense, a contract is a continuing act of consent with an employee, for example, being able to quit his job at any time and suffer the consequences of doing so. It is akin to someone cashing a Certificate of Deposit in early and paying a penalty.

The Moral Problem with Slave-Contracts

A man's free will is at the core of what is called his "moral agency" – that is, the ability to act with reference to some standard of right and wrong even if that standard is entirely subjective.

If it were possible for a man to transfer his will to another person, then his moral agency and responsibility for actions would be transferred as well. It makes no sense to call someone a slave with no will of his own and a morally responsible human being at the same time. Thus, in becoming property, the slave would transfer agency to his owner. The owner would be morally and legally responsible for the slave's actions in much the same way that an owner is responsible for the actions of a dog. For example, if the slave's negligence led to a charge of manslaughter, then the owner should be the one put on trial, imprisoned or otherwise punished.

Historically, this is not what happened to those who were enslaved. They were held morally and legally responsible for their 'bad acts'; often, they are severely punished with the owner administering the punishment while receiving none himself. The historical reality is a de facto recognition that free will and moral agency cannot be transferred. This reality illustrates how a slave-contract quickly ceases to make sense even on its own terms.