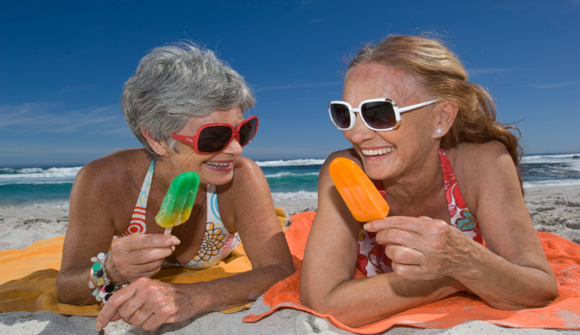 EDITORIAL
Figuring Out Life and Friendship
By Wendy McElroy - October 23, 2014

I know the secret of life.

You get up each morning and put both feet on the floor. You stand up and walk through the day in as straight a line as possible. Work diligently. Treat everyone with the civility they deserve. Treat those for whom you care with patience and generosity. Forgive yourself for honest mistakes and, then, forgive others. Smile and laugh as often as you can. Then go to bed and do exactly the same thing over again.

The secret of friendship has been more difficult for me to discern because matters get confused when so much depends on the response of others.

No writer has been more helpful than Aristotle (384-322 BC) in figuring out friendship. In the Nicomachean Ethics, he discusses the virtues that are necessary to "the good life," with Books VII and IX focusing upon friendship. Few virtues are as important to achieving that goal as true friendship. Indeed, Aristotle argues, "without friends no one would choose to live, though he had all other goods; even rich men and those in possession of office and of dominating power are thought to need friends most of all …"

In analyzing friendship, Aristotle displays immense respect for the average person. He rejects Plato's contention that understanding virtue requires a special grounding in metaphysics and science. In Aristotle's view, the average man can fully understand both virtue and the role it plays in enriching daily life.

Aristotle starts by defining friendship. It is a situation in which people are well disposed toward each other. But more than this, each person is also aware of the dynamic. The latter circumstance factors strangers out of the equation; for example, you might wish the best for people in a neighboring town that is being battered by a storm; in turn, those people might hope the storm doesn't reach your area. But you remain strangers, not friends, because friendship requires association.

He identifies other impediments to friendship as well, such as inequality, especially a marked inequality. It is more difficult for a king to be an intimate friend of a factory worker, for example. Nevertheless, Aristotle doesn't focus on inequality, perhaps because such friendships are rare.

Instead, he analyzes the relationships experienced by common people. One question from which Aristotle springboards, is, "how many types of friendship exist?" He concludes there are three, each of which is based on why the people are well disposed toward each other in the first place. The three possibilities are utility, pleasure, or goodness.

An example of a friendship based on utility is a workplace alliance through which two people benefit each other, perhaps through a division of labor. An example of one based on pleasure is a drinking buddy with a great sense of humor. These friendships are "imperfect," by which Aristotle does not mean they are without value but that they are not full expressions of what is possible or desirable.

The lowest form of friendship is one based on utility because the people involved do not have to trust or confide in each other to any degree; no deep bond exists. They do not tolerate a diminishment of usefulness, comfort each other in sorrow or rise to defend each other against slander. Such 'friends' usually walk away if a more useful person arrives. Aristotle writes: "Now the useful is not permanent but is always changing. Thus when the motive of the friendship is done away, the friendship is dissolved, inasmuch as it existed only for the ends in question."

Friendship based on pleasure can be more perfect depending upon the pleasure being pursued. Certain forms of sport are not merely fun but they also teach self-discipline, cooperation and a code of honor. "Still," Aristotle observes, "the aim of the relationship is primarily selfish, and the relationship ends as soon as it stops producing pleasure for one of the friends." These forms of imperfect friendship are "possible for wicked men to have" because they require no real virtue to create.

What is perfect friendship? "[T]he friendship of good men, which is based on virtue. In this type of friendship, the each friend wishes for the genuine good for the other helps the other in the attainment of that good. This type of friendship is stable and is not easily broken …" A defining aspect is that each person wishes the best for the other simply because of who he or she is; each recognizes the other's worth as a human being because the same worth exists within himself. Such a friendship endures changes in circumstance and brings deep-seated emotional rewards. If the virtues of each are roughly equal, then the friendship is a perfect one.

One of Aristotle's most interesting insights is in the relationship he posits between justice and friendship. It is not uncommon for the classical Greeks to view justice as the ultimate virtue. Socrates, for example, calls it the principal virtue of human beings. Aristotle's take is quite different. He seems to believe friendship supersedes justice or, at least, it renders justice unnecessary.

Justice consists of rendering to each individual what he or she deserves as a matter of merit. In his work The Politics, Aristotle explains, "[J]ustice is the bond of men in states, for the administration of justice, which is the determination of what is just, is the principle of order in political society." Justice is the glue that holds society together, especially since not all people in society will strike up any form of friendship. But those with friendships based upon goodness have no need of justice because they act to benefit each other without prompting, without force of law. Where true friendship exists, justice becomes irrelevant.

Part of the reason may be that only virtuous people achieve such friendships and they are naturally predisposed toward fairness. But Aristotle goes beyond this surface analysis. Justice, he argues, is based upon reciprocity and on merit according to the letter of law. True friendship has a strong element of reciprocity but does not rest upon it. That is, a friend could fall ill or become unable to reciprocate for some reason and, yet, he would remain a person to whom you respond with a benevolence and generosity that resembles nothing so much as love.

The 'giving with both hands' is not a form of self-sacrifice any more than is a parent's generosity to a child. The act is one of self-fulfillment, and its own reward. By contrast, friendship from utility "is full of complaints; for as they use each other for their own interests they always want to get the better of the bargain, and think they have got less than they should …" Friendship from goodness, like parenthood, does not mean ignoring your own needs or wants; it springs from the unparalleled joy of feeling such a deep connection to another human being that what would hurt is an inability to give. The true self-sacrifice would be standing by ineffectually while the other person suffered.

The science-fiction writer Robert Heinlein offered my favorite definition of love. He wrote, "Love is the condition in which the happiness of another person is essential to your own."