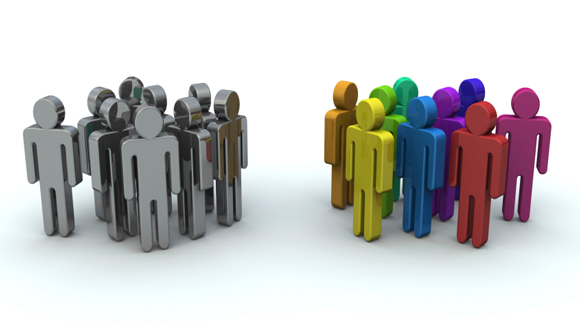 The much vaunted class conflict between rich and poor is political fraud on stilts. It comes from a bastardization of class analysis that is used to divide people who might otherwise unite and turn against the true threat: the state. In reality, entrepreneurs and ditch diggers, venture capitalists and waitresses are members of the same class: producers. Instead of resenting each other, they should join ranks against the class that loots their labor and lives: the rulers.

Class analysis is a tool that was developed in early 19th century France by classical liberals including the great economists Charles Comte and Charles Dunoyer. It expressed a key libertarian insight about the dynamics of power and wealth in society.

The insight is captured well by the political economist Franz Oppenheimer in his magnum opus, The State. Oppenheimer presented two opposing principles upon which society functioned: the economic means and the political means.

The economic means consists of all voluntary exchanges of labor, goods and intangibles like culture. Collectively, these exchanges are society. Oppenheimer wrote, "I mean by society, the totality of concepts of all purely natural relations and institutions between man and man." The economic means is productive and peaceful because people cooperate together for mutual benefit. As a class, it includes every person who lives through voluntary exchange.

The political means consists of appropriating labor, goods and intangibles. Oppenheimer defined the political means as "a non-productive and violent means that benefits only the appropriating party and harms the dispossessed." The organization of the political means is called "the state." As a class, it includes not only politicians and bureaucrats but everyone whose livelihood is based on the wealth that is stolen from productive people through taxes or other appropriation. It includes anyone who receives privileged treatment because of their connection to the state; for example, crony capitalists.

The iconic Murray Rothbard explained, "In contrast to the later Marxist degeneration of class theory, the Comte-Dunoyer view held the inherent class struggle to focus on which classes managed to gain control of the state apparatus." The two classes that emerged were the ruled (society) and the ruling (the state). Society and state are in constant and irresolvable conflict because the state produces nothing. The state exists by stealing the wealth and draining the power of society.

Marx later warped this elegant tool of analysis. Libertarianism defined a person's class affiliation by asking, "What is your relationship to the state?" Marxism asked, "What is your relationship to the means of production?" And, since he espoused the labor theory of value, Marx dismissed the absolutely essential role of capital in the process of production. He divided those who produced by using their own goods and labor into artificially antagonistic class called "workers" and "capitalists." Marx viewed the real class enemy of both – the state – as the solution and not the problem. And, so, a new form of totalitarianism emerged.

Class analysis is part of a seamless web of theory that expresses the libertarian approach to society. Institutional analysis is another connected strand.

An institution is any established and structured pattern of behavior within a society or a state; it is any established and structured relationship. In economics, the free market is an institution. On a personal level, the family is one. Within the state, the court system qualifies. Institutional analysis looks at each structured relationship and asks fundamental questions such as, "What is its purpose?", "What are its rules?" and "What are its consequences?"

Institutional analysis offers a fascinating insight. The structure and rules of an institution itself is what defines what the institution will produce. In other words, the good or bad intentions of the individuals who make the institution function are largely irrelevant to its impact.

Consider an example. An assembly line worker in the institution known as a factory has an epiphany. Although he works in a chocolate bar factory, he resolves to produce only cans of tuna. As long as he works according to the purpose, rules and procedures of the institution, then it will function accordingly. The man will be an integral part of what makes it function and his intentions are irrelevant. He will produce chocolate bars and not cans of tuna.

Consider another example. A self-declared libertarian joins ranks with the state, perhaps by running for office or by working within a government agency. The man sincerely intends to produce freedom rather than statism. But, as Oppenheimer observed, the essence and purpose of the state is to steal wealth and power from society. The rules of the state are defined by that purpose; at their root, all the rules express this purpose by being backed up by the use of force rather than the need for consent. As long as the 'libertarian' works according to the purpose, rules and procedures of the institution that he has decided to make function, his intentions are irrelevant. He will produce statism and not freedom.

The libertarian politician or the libertarian whose livelihood depends upon wealth and influence that is stolen from society is the class enemy of everyone who produces. The state-aligned libertarian may be a pleasant person with good intentions but the intentions do not change the outcome of his actions. The institution that he makes function is the opposite of and anathema to freedom. Only by gutting the institution of the state, by dismantling its every rule or procedure and salting the ground upon which it once stood can voluntary exchange emerge.

Today's producers are still trapped in Marx's artificial division of classes into workers and capitalists with the state being the solution. Producers need to return to the roots of class analysis which defines a person's affiliation according to his relationship to the state: Are you a producer or are you a parasite?

Those who produce are natural partners who weaken their power by turning against each other. My father who had a 6th grade education and hands that were calloused from work had the same political interests as a venture capitalist who has no connection to the state. Because of them, the productive, peaceful network of institutions called society can function. The network of coercive institutions called the state is the common enemy.

In short, there is no rich versus poor in terms of the class affiliation and the class interest of productive people. The true division is between the ruled and the rulers. My father would shake what he called "honest hands" with anyone who did not use force against him or others. He did not need to see their bank book to do so. Those of us with honest hands should join them together.

The Daily Bell is very pleased to offer our readers this column contributed by esteemed author and speaker Wendy McElroy. We look forward to Wendy's continuing weekly offerings and trust you will, too. ~ Anthony Wile, Chief Editor