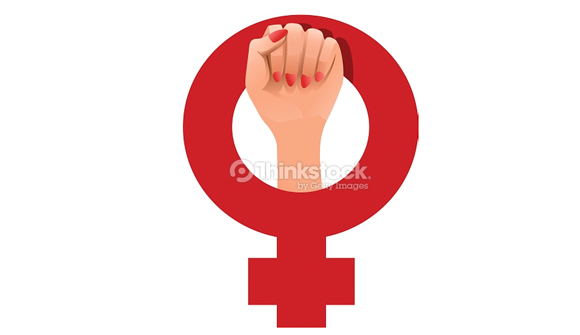 Everyone has heard the statistic. One in five female students will be raped during her time on campus. Only they won't because the rate of campus rape is far, far lower and it is consistently falling. A Bureau of Justice Statistics (BJS) report disproves the 1-in-5 figure that has been used as a political baseball bat for almost a decade. It has been used to 'prove' there is a rape culture, and to promote laws and policies that privilege women at the expense of men.

The BJS report entitled "Rape and Sexual Assault Among College-age Females, 1995-2013" was released on December 11. Its main findings will be sketched after considering one question: will the report make any difference in the political dialogue? Yes, it will … at least to those of us who object to embedding gender inequality into the law. No, it won't … not to those whose loyalty is to an ideological position rather than to the truth. Expect to hear the 1-in-5 figure as loudly as before, or even louder. After all, the ideological math is under attack by evidence.

George Orwell called them "renegade liberals." They were upper-class liberals who decried Western values while soaking in the benefits of Western affluence and freedom. They were elite intellectuals who championed working people while never sharing working-class hardship or allowing their children to marry one. Their advocacy for the poor was similar to that of the "lady of the manor" who used to distribute baskets of food to the poor at Christmas; it allowed her to feel sanctimoniously pure while not having to actually associate with those who labored for her.

One of the main characteristics of a renegade liberal was the conviction that enemies of a cherished "ideal" – such as democracy or social justice – must be crushed. The enemies of an ideal included not merely those who consciously argued against it but also those who endangered it by unwittingly spreading "mistaken doctrines." To defend an ideal, the renegade liberals destroyed all independence of thought.

Part of the reason for utterly crushing dissent or divergence was the renegade belief that an intellectual opponent could not be both intelligent and honest. This meant intellectual heresy to the "one truth" was rooted either in stupidity or a willful denial. If it was stupidity, then the heretic was to be guided or silenced by those with higher values who understood the way of the world. If it was denial, then the opponent was to be vilified and despised because most deniers of truth did so from self-interest, such as a desire to maintain privilege or to cash a paycheck.

In Orwell's day, few ideals were cherished as much as the Soviet Union toward which renegade liberals offered their blindness to all flaws. It was the noble experiment that renegade liberals would not permit to be questioned let alone criticized. Orwell blamed the blindness on the combination of two beliefs. First, freedom and social justice were possible only in a classless society. Second, the Soviet Union was on the path to a classless society. He wrote, "If the first claim is allowed to entail the second, there is almost no assault on common sense and common decency that cannot be justified."

As with literal warfare, one of the first casualties of ideological warfare is truth. Thus, a "fog of lies and misinformation" surrounded "such subjects as the Ukraine famine." Those who objected to the deliberate falsification were told that "the truth would be 'inopportune' or would 'play into the hands of' somebody or other." Orwell concluded, "The direct, conscious attack on intellectual decency comes from the intellectuals themselves."

Politically-correct feminists are today's renegade liberals. They speak about oppression from elite universities, powerful bureaucracies and political office. At tax-paid conferences and from tax-paid offices, they champion the downtrodden, as long as the downtrodden do not disagree. To advance a PC vision of social justice, they attempt to silence women who dissent or who unwittingly spread mistaken doctrines. Women who question are slandered as "rape apologists" or paid lackeys of the patriarchy; women who are "mistaken" – for example, they prefer the traditional family – are called brainwashed, which is another word for weak-minded or stupid.

PC feminists believe that freedom and social justice are only possible in their version of an "equal" society. They believe their policies – such as denying due process rights to male students accused of sexual assault – are leading toward that society. And, as Orwell wrote, "If the first claim is allowed to entail the second, there is almost no assault on common sense and common decency that cannot be justified."

Over and over, I've heard feminists caution each other not to bring up certain "facts" or perspectives because "the truth would be 'inopportune' or would 'play into the hands of' somebody or other." Often, the "somebody or other" is a woman who is uppity enough to disagree. And so she is excoriated with a viciousness that the non-ideological reserve for those who have done them grievous personal harm. Like the intellectuals who destroy intellectual decency, PC feminists are champions of women who gleefully destroy women who think differently.

The BJS report will make no difference to such feminists. The following are some highlights of what will be ignored.

The BJS report compares the "characteristics of rape and sexual assault victimization against females ages 18 to 24 who are enrolled and not enrolled in college." The report included not only completed sexual assaults but also attempted and threatened ones. In other words, the definition used was broad but specific. This contrasted with the definitions used by other touchstone reports on sexual assault on campus. For example, the National Intimate Partner and Sexual Violence Survey includes "noncontact unwanted sexual experiences that do not involve physical contact" in the category of sexual assault. This means lewd comments or jokes, unwanted "compliments" or flirting are lumped into the same statistics as rape.

Using a far more reasonable definition, the BJS found the rate of sexual assault on campus (1995 – 2013) to be 6.1 per 1000 or 0.61 percent per year; this included failed attempts and threats. If you assume a typical four-year stint on campus and multiply by four, then the overall risk of sexual assault becomes approximately 24 per 1000 or 2.4 percent. However unacceptable that risk may be, it is a world away from 1 in 5.

Moreover, the rate of sexual assault has been steadily falling in the general population and on campus. From 2007 to 2013, the mean annual rate of assault for females on campus was 4.7 per 1000. Again, assuming a four-year commitment, this results in an overall rate of 20 per 1000 or 1 in 50. Of these assaults, the BJS reported that one in three will be a completed rape. That translates to a 1.6 per 1000 or 0.16 percent risk of experiencing a completed rape per year. The risk over a four-year period is 6.3 per 1000 or 0.63 percent.

When "rape culture" zealots bandy about the "1 in 5" (or 20%) figure as the risk of rape on campus, they rely upon a definition of rape that includes lewd jokes and "improper" suggestions. And, yet, they use the word rape to incite fear in women and to elicit a natural protectiveness in men. The tactic has been wildly effective. And so the BJS data will be widely ignored. Because, if it is accurate, there is no rape culture. Gender politics is based on a hoax.