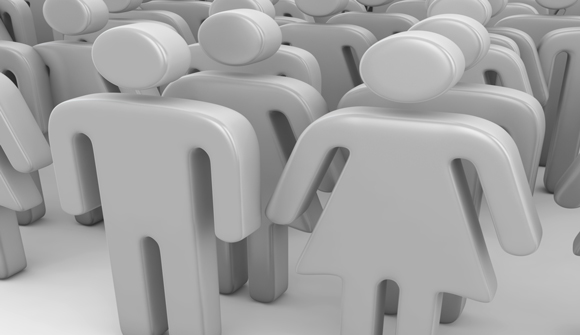 EDITORIAL
Rights, Morality and the State
By Wendy McElroy - March 05, 2015

"Negative rights" have been a defining force in the rise and ongoing health of human freedom. A key reason for the drastic decline in human freedom has been the current popularity of "positive rights," including a popularity within some libertarian circles. The competing theories are mutually exclusive. To understand why requires an appreciation of the role that class distinctions and the universalizability of rights have played in the freedoms so many of us took for granted until they began to vanish.

Positive rights cannot be universalized because they establish class distinctions in order to assign positive rights to some that must be provided by others. People are divided into classes according to shared characteristics, such as race or income level. Those who share the characteristic for inclusion into a class also share whatever privileges or disadvantages are attached to that class. Simply being human is no longer sufficient to qualify for the same 'rights' enjoyed by everyone else. A secondary characteristic is required; thus, positive rights destroy the basis of human rights by not being applied equally to all. They become 'special' rights.

Negative rights minimize conflict within society because their exercise by one person in no way prevents the equal exercise by another person or penalizes him. If 'A' exercises his freedom of conscience, it does not prevent 'B' from exercising the same right to the same degree. 'A' being a Catholic does not interfere with a 'B's atheism or penalize him. The only way 'B' can be penalized is if 'A' claims a positive right to any act or good from 'B', such as a restriction of free speech on religion or tax-support for the Catholic Church. For reasons of his own, 'B' may decide to speak discreetly or donate to the church. But the only way to create a positive legal obligation between the two is through a contract or another vehicle that expresses the consent. It is a win-win situation that promotes cooperation.

Positive rights embed conflict into society through class distinctions. If a class of people has an enforceable claim on the services and goods of others in society, then the 'others' are forced to provide them at their own cost and to their own impoverishment. If the positive right is health care for those with low incomes, for example, a doctor cannot legally decline a patient and the medical service must be 'free'; that is, the service will not be paid for by the recipient but by others, usually through a form of tax. The doctor and taxpayer no longer have a full claim on the peaceful use of their own bodies and property but are required to share the claim with anyone who holds the positive right to health care. This creates a lose-win situation by which some benefit by controlling others.

Negative rights – that is, human rights – expand only when positive rights – that is, special rights – crumble. Consider the universal human right of a person to own the property created by his own hands and with his own material. First, the person must be able to own property, such as land. In the past, states or kings restricted land ownership to classes such as nobles or the clergy. When class 'rights' began to crumble over the centuries, the right of land ownership opened up to other categories such as white males, all males, women. The closer a society came to making a right universal to all humans and not merely members of a group, the freer and more prosperous that society became.

Today, political correctness is destroying human rights by replacing them with positive rights that are created through class distinctions. Political correctness seeks social justice by forcibly redistributing the power, wealth and opportunities from those who are seen to be privileged (white males, the wealthy) to those who are not (minorities, women, the poor). More accurately, it seeks special privileges at the expense of human rights.

The forced redistribution is achieved through a partnership between two mutually-supportive types of class-privilege holders: those who claim a static class privilege; and, those who acquire a dynamic one. A static class privilege comes by virtue of birth or some other unchanging situation: race, genitalia, bloodline. A dynamic class privilege comes from joining an institution such as the American Federation of Teachers or the government. Both types claim special 'rights' under law. They reach out in tandem to acquire these special 'rights' by snatching them from individuals who are at the bottom of the class hierarchy and so unprivileged. With each privilege claimed, human rights are more narrowly defined.

Ironically, the politically-correct claim to be expanding human rights. Cynically, the institutions that support PC goals use terms like "equality" to justify the imposition of a class system.

Political correctness has been wildly successful because it wore a mask of benevolence. It appealed to the best moral sentiments within man: compassion, justice, goodwill. But that's what these responses are – moral sentiments, as Adam Smith would call them. What PC beneficiaries have actually done is to collapse the absolutely necessary wall between politics and morality, between what one has the duty to do and what one should do.

Smith maintained that a non-aggressive person deserved no praise because he merely fulfilled his social duty to respect individual rights; enforcement of this duty was the bailiwick of law and politics. To Smith, the praiseworthy man was one who actively aided others through acts of generosity, empathy, respect and the like; these acts were the bailiwick of morality. Both categories of action were essential to society and they had the mutually supportive effect of creating cooperation and prosperity. But using the law to impose morality only made enemies of the two categories with people's acts and goods being compelled rather than respected. Indeed, a legally imposed morality is not morality at all, but its death knell, because such acts must be voluntary.

Political correctness is the exact opposite of what is purports to be. It does not establish human rights; it destroys them. It does not express morality; it converts morality into a mockery of itself. Universal negative rights are human rights. Maintaining a wall between rights and morality is the only way either can be expressed. Collapsing that wall destroys both.