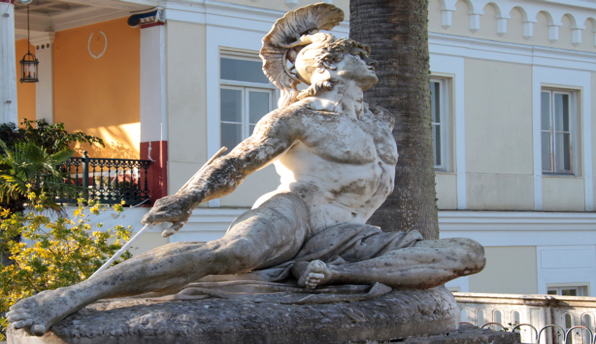 Can a libertarian support or engage in war? Some libertarians point to the right of self-defense to justify going to war. An individual has the right to defend himself with deadly force, if necessary, against an aggressor. If you multiply the justified individual by hundreds of thousands, they argue, then you create an army of people who can collectively and rightfully exercise their self-defense. From this point, debate on the propriety of a libertarian war usually revolves around issues such as the inevitable harm inflicted on non-aggressors, on civilians. One fundamental issue rarely crops up.

when is an aggressor a genuine threat;

how to respond – for example with weapons or non-violent resistance;

which resources should be expended and to what extent;

should others who assign their right of self-defense be defended as well;

when is the threat over;

and, what restitution is appropriate?

If people are not free to make these decisions, then the war is not an expression of self-defense; it is a violation of that right. Another party is telling the individual, "You do not have the authority to decide on your own self-defense or even whether you will be 'defended'. I have the authority." Again, with those words, the justification derived from individual rights collapses.

Debates over libertarian war should not revolve primarily around who is right and who is wrong on factual matters. The facts do matter; and they are powerful tools or weapons in persuading others. But they cannot justify an action that is fundamentally wrong to take. One question reveals whether collective war is possible within a libertarian framework, and the question should be repeated like a mantra : "Who will decide?" Even if a person is willing to engage in collective war, he does not automatically lose the right to determine the terms on which he does so. Nor does he lose the right to break off at any time. Even in the presence of a contract to fight, the individual can breach the contract and pay a reasonable penalty for doing so. The libertarian question to ask of self-defense is the same one to ask of any valid choice: "Who will decide?"

"Who Will Decide?" is More Than a Matter of Rights

Quite apart from rights, libertarian theory requires the individual to decide on the use of his own body. Consider methodological individualism. This is the theory that all social dynamics ultimately reduce to the values and actions of participating individuals. It is a valuable tool of analysis to examine areas like history, institutions like the state and events like war. All events start and end with the values and actions of individuals. This is not the statement of an ideal but one of simple reality because only individuals can act. Methodological individualism's answer to "who will decide?" is "only individuals can decide."

During the collective event of war, however, domestic society breaks down into three basic categories of people: those who comprise the state, those who support the war and those who dissent. Some dissent will be quiet and resemble cooperation; for example, people may pay taxes or otherwise render support due to a fear of punishment. The decision made by these individuals is not pro- or anti-war but whether or not to challenge the state. Others may flatly and loudly refuse to cooperate. Will they be allowed to do so? Or will freedom of speech and freedom of association be violated along with the right of self-defense?

Some defenders of libertarian war would answer, "Yes, a dissenter has the right to speak out and to not participate without being punished." But what if his dissent is so deep that he decides to actively support the "enemy," albeit through peaceful means? I have never met a defender of war who is not willing to violate the dissenter's rights at this point. The justification is always one of perceived necessity. Namely, in order to defeat an enemy, society must "protect" itself from the traitorous dissenter. A dissenter who can peacefully disagree, but only within parameters defined by others, has no genuine right to disagree at all.

'Libertarians' who prevent the dissenter from using his own person and property are converting libertarianism from a philosophy of freedom to one of correct social consequences. Their bottom line answer to the question "who will decide?" is, "The collective will decide for the individual."

Again, the libertarian principle here does not hinge on who is right or wrong. The principle is identical to that applied to hard drug use or a belief in witchcraft. The first may be self-destructive; the second may be absurd. The principle at stake is: the individual decides for himself.

Individuals Deciding is Effective Defense … in One Circumstance

There are many examples of communities defending themselves effectively through individual action that occur without the state. If Chinese tanks rolled down the streets of Toronto or New York, then people do not need a government in order to attack them. Indeed, guerrilla warfare and other forms of decentralized resistance are probably the most powerful tactics. Individuals could act alone to sabotage equipment. Or they could band together in joint resistance and call a general strike to paralyze an occupying force. They can form citizen militias as during the American revolution. In his three-volume work The Politics of Nonviolent Action, the crusading Gene Sharp lists 198 means of resistance, and his list is far from exhaustive.

Individuals deciding for themselves can provide a powerful defense … but there is a caveat that states find hard to bear. Self-defense works only when it is used in literal self-defense. That is, the individuals act against an invader or an occupier rather than launch an attack on foreign soil where they become invaders or occupiers. When one state wants to attack another (even with justification), then individuals who make their own decisions become a liability.

The invading or occupying state requires extreme centralization in order to commit goods (including human beings) to one overriding and coordinated goal. Even individuals who support the war cannot be permitted to exercise spontaneous order in how they do so. The state requires obedience, not independence.