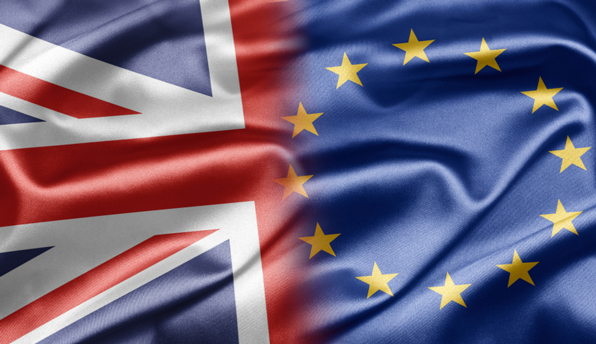 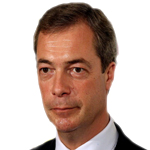 Introduction: Nigel Farage is head of the UK Independence Party (UKIP) since 2010 and a Member of the European Parliament for South East England. He also is a leader of the Eurosceptic Europe of Freedom and Democracy group. A founding member of UKIP, he was once a member of the Conservative Party but departed in 1992 after Britain signed the Maastricht Treaty, which led to the formation of the European Union and the euro.

Anthony Wile: Thanks for taking this interview on short notice. David Cameron has been dismissive of UKIP. Is he right to be or wrong?

Nigel Farage: He may be being dismissive but he is doing his best to copy us! Even our energy policy, in support of fracking, has now been aped by the Conservative Party. From Syria to immigration to benefits, UKIP policies are being plagiarised (albeit badly) by parties who can't achieve what they say they'll do because of the EU.

Anthony Wile: When we interviewed you early last year you were excited about UKIP's prospects. Give us an update.

Nigel Farage: We are now odds on favourite to win the European Elections on May 22nd this year and take seats in local elections, and the party has increased in membership to over 33,000 whilst the other parties decline in numbers.

Anthony Wile: We wanted to get your reaction to Cameron's speech at Davos the other day. It seemed exceptionally ill-timed and arrogant. Why would he go to Davos and tell an audience, basically, that he would deliver Britain to the EU with certain "negotiations"?

Nigel Farage: He's under huge domestic pressure to tell the British people that he is 'doing something' about the EU whilst at the same time he wants to stay pally with the Brussels leaders. There's no way he will deliver what he says he can. Not only has he only a few months left as prime minister but he's already said he won't play his trump card, as he'll campaign for Britain to remain in the EU no matter what. I'd like to play poker with him.

Anthony Wile: What do you think he has in mind? Why is he sympathetic to the EU?

Nigel Farage: He believes genuinely that it is a method of dealing with global warming and he thinks our trade will be damaged outside of it. But then he has little experience of the world of trade and commerce.

Anthony Wile: What makes him think he can change the mind of the British public on this issue?

Nigel Farage: He thinks that a 1975-style 'renegotiation' will convince them but I think the British public have grown distrustful of politicians and will see through the smoke and mirrors.

Anthony Wile: The best that can be said for Cameron is that he has not gotten Britain into any more large wars, but Britain under Cameron seems an ever more repressive society. His government is prosecuting some top journalists for "wiretapping" but it's just come out that British intelligence is likely wiretapping the whole of the Commonwealth in cooperation with US authorities. Has Cameron said anything that would indicate he is opposed to these kinds of invasive actions?

Nigel Farage: Well, we did bomb Libya and if it wasn't for UKIP leading the debate on Syria after [Foreign Secretary William] Hague wanted to stop human rights atrocities by bombing the country then we could be embroiled in an incredibly complicated geopolitical situation with the UK, US and Saudi on one side and Iran and Russia on the other, fighting in war-torn Syria.

Anthony Wile: What ARE Cameron's core beliefs? Does he have any? He strikes us as representing a very small group of elite people who run Britain and don't listen to anyone outside of their circle. Response?

Nigel Farage: Above all, having the keys to No 10 Downing Street matters more than anything else to David Cameron.

Anthony Wile: More and more, it seems to us, Cameron is "the wrong man at the wrong time." Our Saturday editorial called him the "anti-Thatcher," in that he seems to act always out of transparent political calculations whereas Thatcher seemed motivated by some core beliefs. Reaction?

Nigel Farage: I think as much as Cameron might like to think he is like Thatcher they are nothing alike and he does not come close to her intelligence, determination and commitment. He is PR spin and she was substance. Thatcherism was actually quite different from traditional conservatism, particularly with her emphasis on supply side reforms, which reformed the county after decades of weak centre ground consensus.

Anthony Wile: Can you give us more insights into Margaret Thatcher and her style of government?

Nigel Farage: I only met her a few times. I didn't know her so wouldn't want to comment much further. But as someone who benefitted from her financial reforms when I was working in the City of London, I was a fan of her type of politics.

Anthony Wile: She was basically fired by her own party for opposing the euro, from what we can tell. Was this a defining moment for you, as well – when the Tory Party that stood for free markets removed its own prime minister for opposing the authoritarian EU and its disastrous money printing plans?

Nigel Farage: It was more because she wasn't a traditional conservative and the old guard in her party wanted to get rid of her. The man who replaced her was a weak prime minister dominated by the cabinet, whereas the force of her personality meant that she dominated the cabinet. She was modern and forward thinking. That terrified them.

Anthony Wile: Speaking of the EU, we are assured that Europe is on its way out of recession along with Britain. Your thoughts?

Nigel Farage: The clean version is that we need international trade, massive deregulation and rolling back of the state to get the country into a proper economic recovery. The EU is the antithesis of that.

Anthony Wile: Can Cameron deliver Britain to Davos as he promised?

Nigel Farage: Cameron will not deliver substantial, meaningful renegotiations because he does not have the gravitas nor the desire to play his trump card.

Anthony Wile: Will he even have an EU referendum, as he has promised seemingly countless times?

Nigel Farage: If he wanted a referendum he'd hold it before 2015. He has already broken his promise once with his 'cast iron guarantee' on the Lisbon Treaty and this referendum pledge is his way of trying to strong-arm people into voting for him in 2015. It goes back to his main focus being holding the keys to No. 10.

Anthony Wile: Do British businesses REALLY want to be part of the EU, as we are told? We have a hard time with that.

Nigel Farage: Big business loves the EU because it allows them to operate in a market with exceptionally high barriers to entry, thus keeps their 'abnormal profit' levels above what a market moving towards perfect competition would result in.

Anthony Wile: Will Cameron even be reelected?

Nigel Farage: I hope our aims will be achieved.

Nigel Farage: Almost certainly yes, particularly in the European Elections in May.

It is always nice to get an exclusive interview but especially so immediately after publishing an editorial featuring news with which the individual is involved.

In this case, the editorial, "Cameron Will Regret His Latest Pro-EU Speech," was about David Cameron and his silly speech at Davos, but we couldn't help contrasting his behavior with Margaret Thatcher's.

In fact, we suggested that Cameron's lack of convictions was making it possible for UKIP to become a dominant anti-socialist party in Britain.

And that is a big deal.

Nigel Farage has called UKIP a libertarian party, and this fits neatly into our paradigm that the libertarian movement is on the rise not just in the US but overseas, as well.

Anybody who has read The Daily Bell for any length of time knows that we have predicted this for years.

Libertarianism – freedom – is the default position of most people. There are relatively few people, in our estimation, who wake up in the morning desiring to be taxed more or regulated more.

Because of what we call the Internet Reformation it is inevitable that freedom and free markets will see a resurgence around the world.

Globalists – especially those bankers who seek increased global governance – are doing what they can to resist the Internet's influence but we believe in many ways this is a futile fight, at least initially.

We base our perspective on what happened after the advent of the Gutenberg press that blew up the current order of the day and helped create massive social movements including the Renaissance and the Reformation.

We are well aware that in opposing the effects of the Gutenberg press, elites of the day took advantage to create "false-flag" leaders, movements and even phony wars and economic disruptions.

But no matter how hard current elites try they will not be able to easily control the enlightenment rising around the world. Those contemptuous of what is taking place – and that includes Cameron – may soon find that their contempt is richly returned, and that they have misunderstood the tenor of the times.

Listening to Mr. Farage's eloquent speeches on the floor of the European Parliament, one must believe in many ways he understands. While true cultural change will likely not come from the political process but via individual human action, Nigel Farage's name will surely be linked historically with ongoing positive sociopolitical and economic trends as the 2000s lengthen.