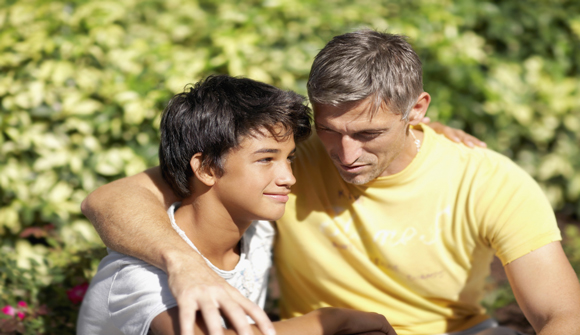 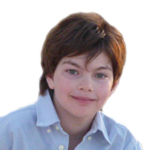 Exclusive Interviews
Nine-Year-Old Discusses Monetary Inflation and What Is Wrong with US Foreign Policy
By Anthony Wile - August 07, 2011

Introduction: Jesse is a typical young boy who enjoys exploring ideas and concepts. He is an average student, who tends to enjoy recess more than doing classroom work. His teachers often say that Jesse is remarkably in tune with higher-level concepts – a trait that may have resulted from an overwhelming amount of exposure to free-market thinkers. One of those free-market thinkers was Harry Browne. Jesse knew Harry and even visited with him at his home in Tennessee shortly before he passed away. Additionally, Jesse has spent a lot of time with the well-known silver analyst David Morgan and his family. Last week's interview here at the Daily Bell was with Pat Gorman. He, too, is a friend of Jesse's, as are Terry Coxon, Ron Holland and Shawn Perger. Most recently this nine-year old boy read Richard Maybury's What Ever Happened to Penny Candy? After he finished reading the book, we decided to ask Jesse a few questions about the world around us. What follows is a completely unedited interview. All questions that were asked are included in the precise order in which they were asked.

Daily Bell: What is the Daily Bell?

Jesse: The Daily Bell is group of people that try to tell the truth in the world.

Daily Bell: About what types of things?

Jesse: You tell the truth about what is happening in the world. Like about things in different countries that other people think is not true.

Daily Bell: What about Libya?

Daily Bell: OK. Moving on. Are you familiar with Richard Maybury?

Jesse: Not that I know of.

Daily Bell: How about Uncle Eric?

Daily Bell: How do you know him?

Jesse: Because I read the book Whatever Happened to Penny Candy? He wrote it.

Daily Bell: What was Penny Candy about?

Jesse: The book was about inflation and recession. And real money and not so precious money.

Daily Bell: What is real money?

Jesse: Real money is what you find in mines – gold and silver.

Daily Bell: Have you ever been to a mine?

Daily Bell: What is the other kind of money called?

Daily Bell: What is that?

Jesse: Paper money is stuff printed off the computer.

Daily Bell: What is wrong with paper money?

Jesse: Well, paper money is just paper. They just have stuff drawn on it. There is nothing special about it.

Daily Bell: Why is gold or silver a better form of money?

Daily Bell: What do you mean by fake?

Jesse: Fake is where it is just a regular plain piece of paper that is cut in the shape of a dollar and pictures are put on it. Anyone could basically do that.

Jesse: Well, that's a tough question. But I am guessing the politicians run the machines.

Daily Bell: Who is Ben Bernanke?

Jesse: He is the man who runs the Federal Reserve.

Daily Bell: What is the Federal Reserve?

Jesse: It's where the paper money is made. I think in a basement.

Daily Bell: Why do they have the ability to do that?

Jesse: Because the presidents give them the ability to make the money with machines.

Daily Bell: Why do they do that?

Jesse: To make the people believe that it is real money. The presidents say it is real by giving them the ability to make it.

Daily Bell: What is it called when the Federal Reserve prints a whole bunch of new paper money and injects it into the money supply?

Jesse: No. It is actually price inflation.

Daily Bell: How does that hurt people?

Jesse: It hurts because people can't buy as much food to live. It makes it harder for them to live… to survive, basically.

Jesse: Because it is not like the money that they make on the machines. It is the money from mines. It comes from underground and people have to dig it out. They can't just make it on a machine.

Daily Bell: What is socialism?

Jesse: Socialism is where the government lies and tells people they can have things for free.

Daily Bell: Why would government make such promises?

Jesse: So they can get more money from the Federal Reserve.

Daily Bell: Why would the people who run the Federal Reserve like that?

Jesse: Because they have the machines and they can make themselves a lot more money by lending it to the government.

Daily Bell: How do they make money by lending it to the government?

Jesse: Because the government has to pay interest. The government taxes the people in the country to pay them back on the money they made on the machines.

Daily Bell: How much do you think it costs the Federal Reserve to make the money on the machines?

Jesse: They just need a whole lot of paper and paint.

Daily Bell: Why do you think people let this process happen?

Jesse: I think because they don't know it's happening, really.

Daily Bell: Have you travelled to many countries?

Jesse: Yes. I have lived in the United States, Canada and Europe. I have travelled in Egypt, Finland, Dubai, London, Colombia and the Cayman Islands.

Daily Bell: Do you think most of the people you met in those countries were similar or different?

Jesse: I think most of the people I met were good and nice.

Daily Bell: Why, then, do you think it is necessary for the United States to have military bases in over 100 countries around the world? Or do you?

Jesse: No, I don't think that is good at all.

Jesse: Because it is other people's homes and they wouldn't like the US army walking around their streets with guns.

Daily Bell: What do you think the US military's job should be?

Jesse: Leaving those countries alone and going back to the United States.

Daily Bell: What would be the main job of the US military if it went home?

Jesse: Their job would be guarding their country.

Daily Bell: Who pays the bill for the US military to have all these bases in other people's countries?

Daily Bell: Yes, I understand that the Federal Reserve makes the money, but who actually loses in the process?

Jesse: The people who have money and need it to buy food and clothes to survive.

Daily Bell: Thank you for sharing your thoughts with us.

Well, there you have it, folks. A nine-year-old boy has a pretty good idea as to what money is and what it is not. He also seems to grasp the wrong-headedness of those who believe that the US military-industrial complex should continue to interfere in other people's backyards.

By presenting this interview, which truly was entirely unedited, we hope it shines a ray of hope that others out there today, who seem totally dislocated from reality, can wake up. If Jesse is able to understand these concepts, why can't others? We believe they can.

That's why top free-market thinkers gather at this humble portal – to share their ideas and opinions in the hope of inspiring others to seek their own version of truth. There are more and more people out there who desire to understand the world around them.

We thank Jesse Wile for his time here today and hope that you found this interview inspiring. Speaking as a father, I could not be prouder of my young man.

Editor's note: If you have children or grandchildren, or simply know of some young people who you would like to help understand the world, consider ordering a few sets of the Richard Maybury's Uncle Eric series and giving them as gifts. It is one of the best gifts any young person could ever receive, in our opinion. For more information on the Uncle Eric series, Click Here.